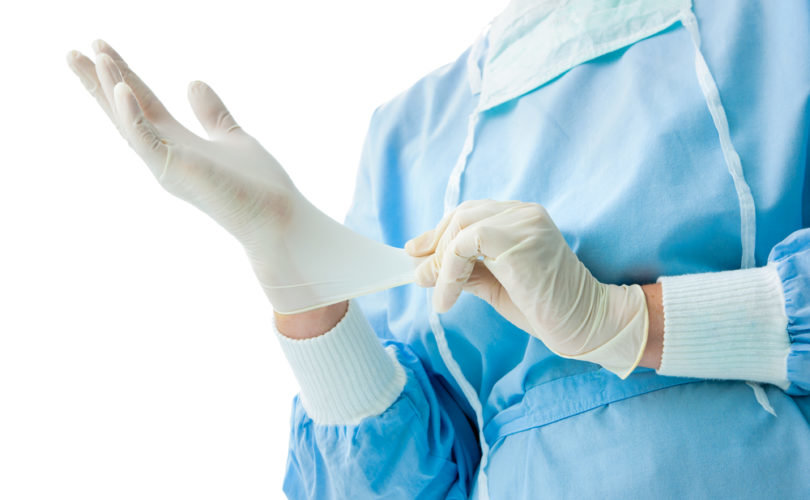 We reported last week that the Pro-Life Action League recently filed a complaint with the Virginia Department of Health, asking them to shut down the Virginia Women’s Wellness (VWW) abortion facility located in Virginia Beach.

We have since filed two additional complaints against the facility, which is one of 16 abortion clinics owned by embattled abortionist Steven Brigham. One of these complaints focused exclusively on VWW’s stunning lack of adherence to basic sanitation and infection prevention protocols.

When state inspectors conducted an unannounced inspection [PDF] in March of this year, they observed the abortionist (presumably Craig Cropp, although no employees’ names are listed) perform a surgical abortion on a woman before which he did not wash his hands.

Remember, this was all observed by state inspectors.  They weren’t watching on hidden camera, either — they were right there the whole time, just a few feet away.

Believe it or not, in the facility’s Plan of Correction (POC), Virginia Women’s Wellness administrator Michelle Nelson actually argued that nothing was amiss. Her exact words were, “Proper hand hygiene was performed both before and after the procedure by the physician” — despite the fact that the abortionist did not even wash his hands.

How could an abortion clinic administrator like Michelle Nelson possibly hope to be taken seriously when talking this way to state officials who have just cited the doctor [sic] at her abortion clinic for improper hand sanitation?

Take a look at this letter [PDF], and you may have your answer.

Is Abortion a “Non-Sterile Procedure”?

There is no basis to think that granting us a variance on constructing wider hallways or larger rooms, or requiring air to be changed twice per hour in a procedure room where non-sterile procedures are performed…would have any impact on “patient safety, patient care, or the services that we offer.” [emphasis added]

Since when is surgical abortion a non-sterile procedure?

Looking back at the POC submitted by Virginia Women’s Wellness, one can see why there is nothing related to breaking of the sterile field: because there was never intended to be a sterile field.

The notion that abortion can be done “safely” without basic surgical techniques such as sterile instruments and clean hands in sterile gloves simply cannot be ignored. The apparent germ theory denialism on the part of the administrator (and abortionist) at the ironically named Virginia Women’s Wellness is dangerous.

This abortion clinic’s practices are unconscionably unsanitary, and it must be shut down.