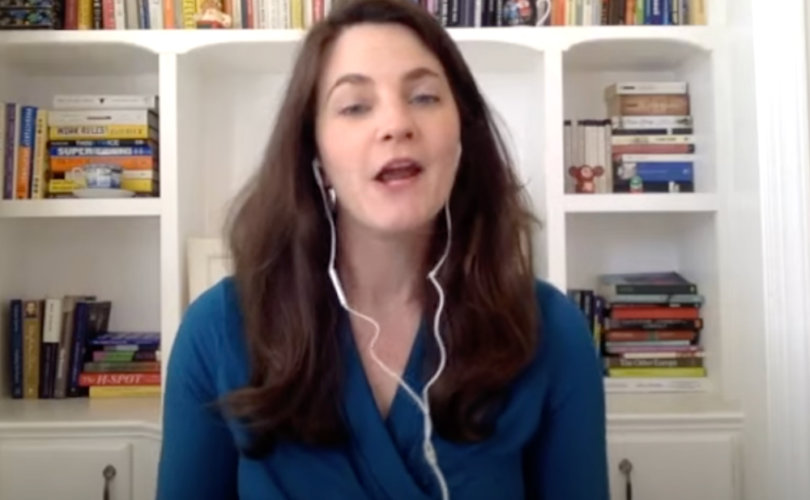 (The Dossier) – What has the Department of Homeland Security’s Disinformation Governance Board — or rather, the Biden Administration’s Ministry Of Truth — been up to since its founding?

Nobody really knows, but the timeline of its creation coincides with increasingly disturbing activities launched within Homeland Security to target not Russians, but American citizens. Far from targeting foreign disinformation or anything of the sort, the activities of DHS have increasingly focused on targeting and surveilling domestic dissent.

We only know about the Truth Ministry’s origin timeline because its appointed leader, progressive activist Nina Jankowicz, revealed as much on Twitter.

Cat’s out of the bag: here’s what I’ve been up to the past two months, and why I’ve been a bit quiet on here.

Honored to be serving in the Biden Administration @DHSgov and helping shape our counter-disinformation efforts. https://t.co/uN20vl7qqV pic.twitter.com/JEn4FqLdck

Prior to the announcement from DHS last week, there was no sign of such a Disinformation Governance Board outfit operating within the federal bureaucracy, but there are clues, and a track record of similar outfits that may have served as predecessors to the current namesake.

If you’re looking for answers from the government, you’re not going to get any. The people in charge of the Truth Ministry unsurprisingly have no intention of being honest about its founding, function, and leadership.

In an interview over the weekend, DHS Secretary Alejandro Mayorkas, Jankowicz’s boss, claimed she was “eminently qualified,” a “renowned expert,” and politically “neutral.”

The neutral claim is laughably absurd, as Jankowicz has openly campaigned for democrat politicians, most notably, the notorious disinformation launderer that is Hillary Clinton. Jankowicz appears to have personal and professional ties to the Clinton cartel, through her work as a Fulbright-Clinton fellow, a job that included her serving as an adviser to the Ukrainian Foreign Ministry.

Thrilled to be headed to #Ukraine this fall as a Fulbright-Clinton Public Policy Fellow! @FulbrightPrgrm pic.twitter.com/9y2aglUjor

In my grandfather’s memory & as a Polish-American, I’m proud to support @HillaryClinton. https://t.co/22L4jwjtSs pic.twitter.com/Iruvq08RKR

Now that any sane person can clearly establish that Jankowicz is a political activist who has no interest in separating truth from “disinformation,” let’s get back to the DHS component.

DHS claims the Disinformation Governance Board, led by Russia specialist Jankowicz, has a primary mission that will focus on tackling misinformation that leads to migrant surges at the U.S. southern border, in addition to combatting supposed disinformation coming from Russia. It is unclear why Jankowicz would lead an organization that ostensibly targets non-English speaking Latin American residents, given the fact that she has no established familiarity with the languages spoken by the vast majority of migrants.

Additionally, it is the State Department that has traditionally held the role of managing propaganda and counter propaganda operations, especially when it comes to Eastern Europe and Russia, which is the niche focus of Jankowicz’s career thus far.

Perhaps the real target of the Ministry of Truth is the American people, specifically, Americans who don’t conform with the Current Thing.

At around the same time of the Truth Ministry’s apparent founding, the DHS was continuing to issue increasingly noxious bulletins targeting not foreigners, but American citizens, classing them as disinformation agents and potential violent extremists.

A possible predecessor to the Disinformation Governance Board is an outfit that sprung up in February called the “Mis-, Dis-, and Malinformation (MDM) team,” which was tasked with “building national resilience to MDM and foreign influence activities.” The MDM team was established at DHS through the Cybersecurity & Infrastructure Security Agency (CISA), which, most notably, is in charge of overseeing “election integrity” issues.

In February, at around the same time as the apparent founding of the Disinformation Governance Board, DHS likened opposition to lockdowns as a sign of likely terrorist behavior. In fact, the most notable aspect of a domestic terrorist is a person who will “sow discord and undermine public trust in government institutions,” DHS said.

“COVID-19 mitigation measures—particularly COVID-19 vaccine and mask mandates—have been used by domestic violent extremists to justify violence since 2020 and could continue to inspire these extremists to target government, healthcare, and academic institutions that they associate with those measures,” the memo adds.

It continues, claiming that those who disseminate what is described as “false or misleading narratives regarding unsubstantiated widespread election fraud and COVID-19” are the signs of a likely terrorist.

There is no public track record for the Disinformation Governance Board, but many hints are pointing to the reality of an organization established to continue surveilling and harassing the Biden Administration’s domestic political opposition, under the guise of “fighting disinformation.” Whether it’s a war in Ukraine or your next mRNA COVID shot, you better be on the right side of their Current Thing, or you might just be labeled a potential violent extremist terrorist. And the Ministry of Truth will serve as a complimentary instrument for that system.

1
LGBT agenda full speed ahead thanks to Pope Francis’ recent remarks on homosexuality
2
Police arrest Canadian teens at Freedom Convoy anniversary rally after altercation over flag
3
MIT analytics expert calls for end to mRNA COVID shots: ‘No other ethical or scientific choice’
4
Mark Houck acquitted on both charges in major pro-life victory
5
‘We will say no’ to legalized sodomy: African politician objects to Pope’s remarks before visit
Subscribe to Daily Headlines »