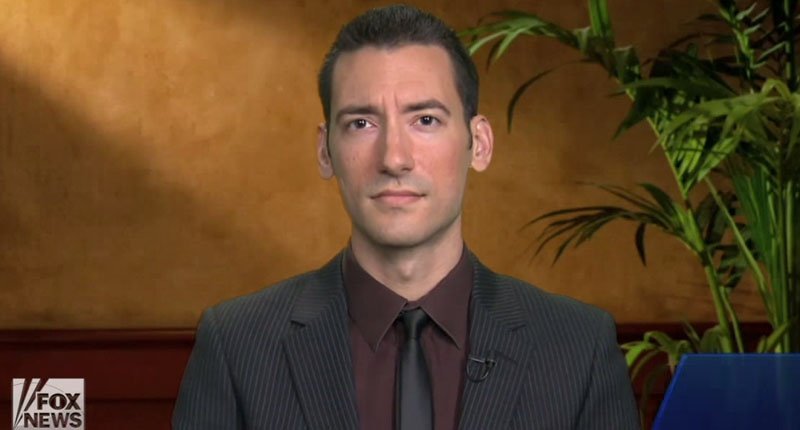 David Daleidan has been the most successful undercover journalist on abortion, exposing the selling of baby body parts by Planned Parenthood in the USA for profit.

April 6, 2016 (RobertColquhoun) — Just recently, for the third time in five years, I’m approached by someone pretending to be somebody they are not – trying to do an ‘undercover’ story for a ‘pro-abortion’ campaign and rights group. Somebody claims to be someone they are not, with an elaborate story which demonstrates they are trying to do an investigation into the pro-life movement. Little does the amateur investigator know I’m actually investigating him – like a scene from G.K. Chesterton’s book ‘The man who was Thursday.’

Another ‘undercover journalist’ claims to have done an ‘investigation’ into a pro-life conference. But with all the videos being freely available on this website in the public domain – there was no need. The author claims that one of the speakers had a face like a boiled ham, which is a particularly uncharitable remark.

In 2012, Sunny Hundal attempted to do an investigation into pro-life witness at Bedford Square. But his attempt to do an investigative film was so farcical he quickly removed the video in embarrassment. The Guardian tried also to do an undercover investigation in 2012 – but when they did not find anything they decided to publish the video anyway. Sunny went on to do a video on Abort67 which helps 10 million people see pictures of abortion imagery.

Brook also did an investigation into Crisis Pregnancy Centres – which was highly flawed piece of journalism and lacked serious objectivity. The Care Quality Commission also did an investigation into abortion providers in recent years finding that many centres were not signing forms correctly. VICE magazine also did a piece challenging the ‘grinning men’ of the pro-life movement. A recent documentary called HUSH by a pro-abortion journalist highlighted the inconsistencies of problems associated with abortion and how people were not told about the medical complications associated with abortion.

The most successful undercover journalist on abortion has been David Daleiden of the Centre for Medical Progress. He exposed the selling of baby body parts by Planned Parenthood in the USA for profit. The story not only helped with an effort to defund Planned Parenthood – but helped to show the true reality of abortion provision in the USA. Many mainstream media channels ignored the story for political reasons. But his investigation forced Planned Parenthood to change its policy on baby body parts and payments – which in many ways was an admission of guilt. David uncovered high level executives boasting of crushing foetal parts casually over salad and boasting jokingly of how they might buy Lamborghinis after the sale of baby body parts. Some people have questioned the ethics of undercover journalism, but Janet E. Smith offers the most convincing arguments of the ethical validity of investigative journalists efforts.

Lila Rose of Live Action has successfully uncovered hundreds of cases of abuse from Planned Parenthood in the USA – from treating minors, accepting racist donations, helping prostitutes and breaking the law again and again – Lila has discovered hundreds of indefensible actions from the largest abortion provider in the USA.

What if abortion provision was truly investigated in the United Kingdom with the same scrutiny and vigour of staunch campaigners? Would more sex selection abortions be discovered, like the Daily Telegraph expose of 2012? Would illegal practices be found – of the Abortion Act being broken? Would the disposal of baby body parts legally be an issue? A channel 4 story claimed that hospitals were being heated by the disposal of children of miscarriage? Would the use of foreign Doctors be an issue? Would sexual abuse and scandal be uncovered? Would the issue of women being forced into abortions be uncovered? Would the lack of informed consent be a problem uncovered? If abortion provision had total transparency in the United Kingdom – I would imagine that all these issues and more be uncovered.

Abortion by its nature is treated like a taboo in the United Kingdom. It is hardly a topic for polite dinner party conversation. The practice of abortion is conducted in silence and secrecy, and many men and women are silent on their own personal experience. If there is one thing that undercover journalism can uncover is the pain, hurt and wounds of many people who have suffered as a result of having an abortion. Undercover journalism can also uncover the lack of impartiality over the provision of abortion – as men and women are denied consent by not being warned about the longer term mental, physical and psychological problems associated with abortion.