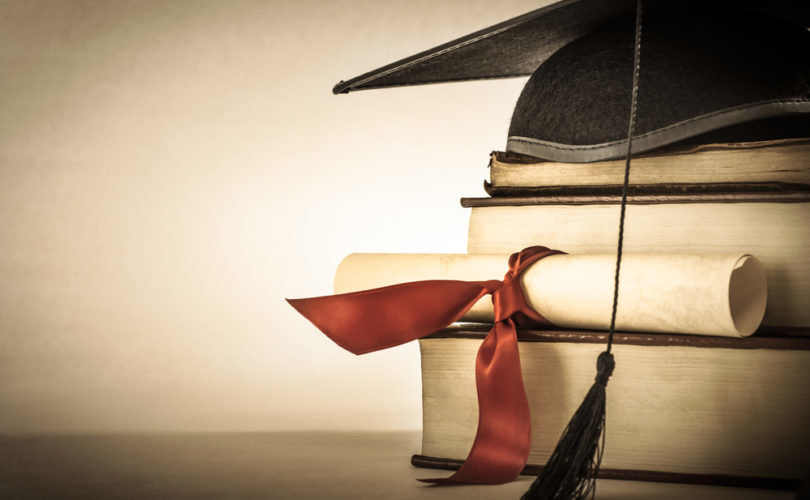 December 9, 2015 (BreakPoint) — Among the things that 2015 may be remembered for is as the year American universities turned into war zones: From anti-racism demonstrations where students harassed and physically removed student reporters, to profanity-laced protests over a memo about Halloween costumes, to demands for “trigger warnings” and blacklisting of even feminist speakers.

On campuses everywhere, students are turning on each other, their teachers, and administrators. Even some liberal commentators are asking: What kind of monsters is American higher education creating?

Well, maybe the kind of monsters it deserves, suggested Ross Douthat recently in the New York Times. He notes that while we may not admire their temper tantrums or thin skin, today’s undergrads came by these traits honestly. As my co-host Eric Metaxas observed recently on BreakPoint,  students are taking the radical ideas of their professors seriously.

But Douthat points out that the steady diet of politically-correct ideology in universities conceals the real rot in modern higher education: a lack of higher purpose.

It wasn’t always like this. Early modern universities set the pattern for what some have called “Christian humanism”—emphasizing not just technical proficiency, but an integrated view of life that enabled students to become virtuous and effective leaders. From this model emerged the luminaries of the Reformation and the scientific revolution.

The charters of our nation’s oldest public institutions, too, testify to the higher purpose their founders envisioned. Harvard’s original motto was “Truth for Christ and the Church.” And Yale—a school now infamous for its annual “Sex Week”—once urged students to “…consider the main end of [their] study…to know God in Jesus Christ,” and “to lead a Godly, sober life.”

Even early non-Christian universities considered it their duty to inculcate moral virtues and train the body politic. Thomas Jefferson, for example, who founded the University of Virginia as a secular school, believed that “Whenever the people are well-informed, they can be trusted with their own government.”

All of this is now, of course, well, history. By the 1950s, most schools had abandoned such lofty goals in favor of what Douthat dubs “technocratic, careerist and basically amoral” ones. Universities became glorified trade schools where the bottom line for both students and faculties was—well—the bottom line. People went to college not to become well-rounded citizens and leaders, but in order to pad their future paychecks.

Into this academic snooze-fest exploded 60s counterculture, demanding what Douthat calls a “remoralization, a renewal of the university as a place of almost-religious purpose…” Only instead of Christian virtue and citizenship, colleges replaced antiwar ideology, feminism, environmentalism, and the sexual revolution.

Fifty years later, these quasi-religious values have burst their “ideological fiefdom” in the liberal arts and are holding hunger strikes on the front lawn. It’s a headache Douthat says universities have had coming.

And I think he’s right. So, what now? Well, like it or not, change won’t happen overnight.  Parents, we have a choice of where to send our kids, and as an alumnus of a Christian college, I can promise you the Ivy League doesn’t have a monopoly on top-notch education. But be careful, Christian colleges often lack a vision of education as well, while decorating their aimlessness with Bible classes and chapel.

But the most important thing we must do is prepare our students with a love for the true, the good, and the beautiful – a vision that makes political correctness pale in comparison. Such a vision prepares them to love God with all their hearts and minds. And for Christians, that’s the highest purpose of education.