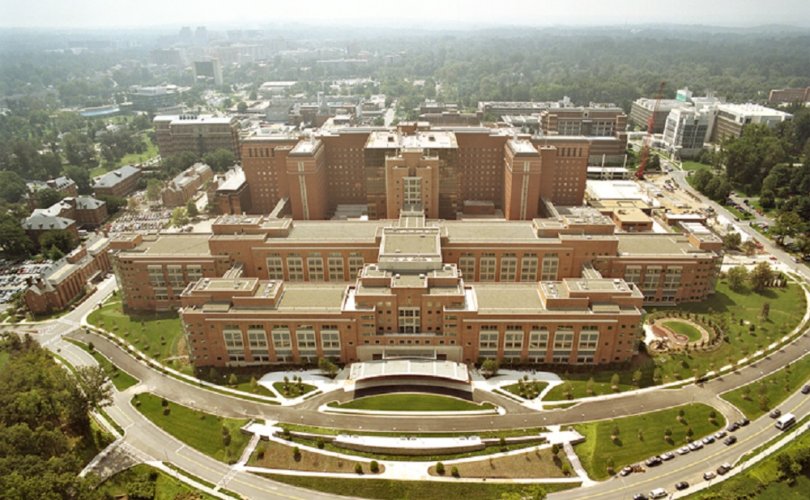 March 27, 2020 (American Thinker) — If there's one thing the coronavirus experience has taught us, it's that bureaucracies don't function as well as they're supposed to. In New York, the bureaucracy opted to spend $500 million on illegal aliens instead of on ventilators. Likewise, during the Obama administration, after the 2009 H1N1 epidemic, the Obama administration, despite warnings, never bothered to replenish stockpiles of N95.

It turns out now that the NIH was also doing the bureaucratic equivalent of twiddling its thumbs when it should have been acting to prepare America for the next pandemic. It's sheer luck — mixed in with Trump's foresight about China and good management skills — that Johns Hopkins, in late 2019, ranked America as the best prepared country in the world for handling a pandemic.

Twelve and a half years ago, in October 2007, researchers at the University of Hong Kong published an article entitled “Severe Acute Respiratory Syndrome Coronavirus as an Agent of Emerging and Reemerging Infection.” The introduction, which looked back at SARS, described how China was a coronavirus Petri dish and warned that there could be a repeat of a SARS-style pandemic based upon Chinese food and lifestyle practices (emphasis added):

Severe acute respiratory syndrome (SARS) coronavirus (SARS-CoV) is a novel virus that caused the first major pandemic of the new millennium (89, 180, 259). The rapid economic growth in southern China has led to an increasing demand for animal proteins including those from exotic game food animals such as civets. Large numbers and varieties of these wild game mammals in overcrowded cages and the lack of biosecurity measures in wet markets allowed the jumping of this novel virus from animals to human (353, 376). Its capacity for human-to-human transmission, the lack of awareness in hospital infection control, and international air travel facilitated the rapid global dissemination of this agent. Over 8,000 people were affected, with a crude fatality rate of 10%. The acute and dramatic impact on health care systems, economies, and societies of affected countries within just a few months of early 2003 was unparalleled since the last plague. The small reemergence of SARS in late 2003 after the resumption of the wildlife market in southern China and the recent discovery of a very similar virus in horseshoe bats, bat SARS-CoV, suggested that SARS can return if conditions are fit for the introduction, mutation, amplification, and transmission of this dangerous virus (45, 190, 215, 347). Here, we review the biology of the virus in relation to the epidemiology, clinical presentation, pathogenesis, laboratory diagnosis, animal models or hosts, and options for treatment, immunization, and infection control.

The National Institutes of Health is the government agency primarily responsible for biomedical and public health research. After SARS and, again, after H1N1, the NIH, along with the CDC, should have been paying close attention to illnesses emerging in China and other third-world countries.

It's important to note in this regard that China's risky practices were not so esoteric that the NIH and CDC couldn't reasonably have been expected to know about them. In November 2017, two years before the coronavirus reared up in China, Smithsonian Magazine was asking, “Is China Ground Zero for a Future Pandemic?” Although the article was concerned with diseases originating with birds, it still stated pertinent facts relevant to all animal-to-human viruses:

But China is uniquely positioned to create a novel flu virus that kills people. On Chinese farms, people, poultry and other livestock often live in close proximity. Pigs can be infected by both bird flu and human flu viruses, becoming potent “mixing vessels” that allow genetic material from each to combine and possibly form new and deadly strains. The public's taste for freshly killed meat, and the conditions at live markets, create ample opportunity for humans to come in contact with these new mutations.

If the NIH wasn't paying attention to China, what was it doing? It was doing fun and trendy stuff, the bureaucratic equivalent of playing video games instead of working. On Thursday, John Solomon published a scathing article about the NIH's costly failures:

On a steamy summer day inside the lecture auditorium of the storied National Institutes of Health headquarters, Dr. Michael Bracken delivered a stark message to an audience that dedicated its life, and owed its living, to medical research.

As much as 87.5% of biomedical research is wasted or inefficient, the respected Yale University epidemiologist declared in a sobering assessment for a federal research agency that spends about $40 billion a year on medical studies.

He backed his staggering statistic with these additional stats: 50 out of every 100 medical studies fail to produce published findings, and half of those that do publish have serious design flaws. And those that aren't flawed and manage to publish are often needlessly redundant.

The same article points out that, in the time since the Hong Kong study emerged, the NIH spent millions on drunk monkeys, fat lesbians, television's effects in Vietnam, soap operas for people with HIV, and querying whether alcohol drives stupid gambling decisions.

The best thing that could come out of the coronavirus experience would be for the media to be permanently damaged and discounted. The next best thing would be for Trump to have the wind at his back when he ultimately shrinks and revamps America's overweight, lazy, expensive, and ineffective bureaucracy.