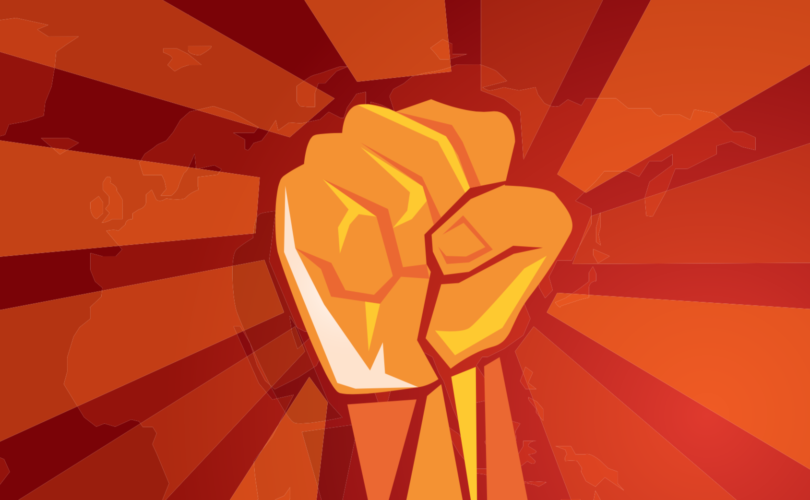 August 11, 2020 (LifeSiteNews) — One of the best known stories in the Bible is the incident of Jesus feeding a huge crowd with only five loaves of bread and two fish. This miraculous demonstration of love and creative power has been represented in everything from stained glass windows to Hollywood special effects.

It’s also a favorite bit of Christian imagery for atheists to debunk in their endless attempts to prove that religion is false.

“There’s nothing miraculous about it,” naysayers will insist. “Obviously, what happened was that people responded to a need of the moment. Those who had packed food for their day in the country listening to Jesus speak shared it with those who hadn’t brought along anything to eat. It may have been a nice moment of human kindness, but there was nothing supernatural about it.”

This is the sort of materialist view dismissed by Pope Pius X in his encyclical Pascendi Dominici Gregis (1907), in which he condemned such interpretations as a heresy he called “Modernism.”

The story is also frequently offered as evidence that Christianity is essentially a spiritual version of socialism. People who hold to that idea will say, “See? Jesus wants us to share everything we have with those less fortunate than ourselves, just as the folks in the story shared their food. That’s why government should provide for everyone’s needs.”

Coming to such conclusions requires one to make some wild leaps in logic. But due to widespread confusion about the true nature of compassion, people often make them.

Setting aside the miraculous element of Jesus’s act, if people did share their food, this would have been a matter of charity. They would have been acting voluntarily to help fellow human beings. No government was taking their goods in order to redistribute them, which is the way socialism works.

Christian charity is the antithesis of socialism. We gain merit when we take what’s ours and offer it, out of compassion, to someone in need. There is absolutely no merit in advocating that government redistribute what it acquires through taxes, confiscation, or collectivization (which are the only ways government can acquire wealth).

The Bible tells us (Genesis 3), “You will earn your food by the sweat of your brow.” St. Paul specifically makes the point (2 Thessalonians 3) that “[h]e who does no work should not eat.”

It says these things because God wishes us to work. He calls upon us to be productive, to make the world better by using our hands and our minds. And he wants us to understand that we are most gratified by the things we accomplish for ourselves, that these give meaning to life.

Yet, certain ideas, whose roots are in socialism — such as free college tuition, government-provided health care, a guaranteed minimum income (not dependent on work), and others — have gained wide acceptance, especially among the young.

Such ideas are presented as expressions of compassion. The argument is made that adopting them is a matter of basic human entitlement, of social justice, which is the only compassion socialism recognizes.

Moreover, such benefits can only be provided by society as a whole, which is to say, by government. Thus, private charitable acts, admirable as they might be, actually contradict social justice and so impede its accomplishment.

They may be meritorious in the eyes of God, but they do nothing to advance collective social action. Therefore, they are inherently anti-social.

Thus, socialism robs life of its meaning. That’s why it’s ultimately antithetical to the Gospel.

Socialism’s fruits can be seen in such countries as Cuba, Nicaragua, and Venezuela. These were all once thriving Catholic nations. Now they’re struggling (in the case of Venezuela, actually starving), bereft of freedom and hope.

Their tragic destruction should serve as a warning to us in this time, when socialist ideas and policies are being promoted aggressively (even violently) by various groups. We must speak the truth, especially to our young people. As believers, we can start by clearly conveying the lessons of the Gospel.

Those five loaves and two fish were symbols of Christ’s true compassion, not the false compassion of socialism. That was the real miracle.