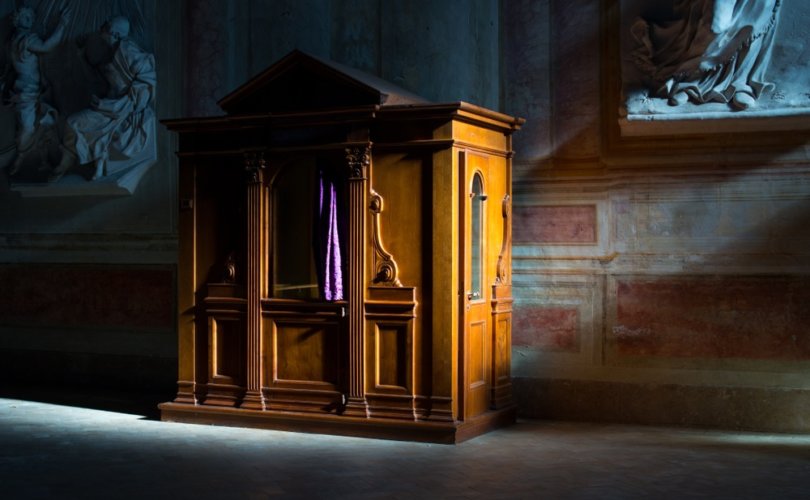 January 16, 2020 (Catholic League) — Earlier this week, we contacted the Speaker of the House in the Utah legislature, Rep. Brad R. Wilson, expressing our outrage over a bill sponsored by his Democratic colleague, Rep. Angela Romero, that would vitiate the seal of Confession. The pretext of her legislation is knowledge of the sexual abuse of minors learned in the confessional.

We are very pleased with the response by Speaker Wilson: he is opposed to the Romero bill. Rep. Romero is now doubling down, saying she is going forward with her bill, accusing me of making a “soft threat.”

Romero is obviously referring to the following concluding portion of my letter of January 10 to her. “You are treading on dangerous territory. When the government seeks to police the sacraments of the Catholic Church — or encroach on the tenets and practices of any world religion — it is gearing up for a court fight. The First Amendment secures religious liberty, and that entails separation of church and state.”

I stand by that statement. Regarding her remark, I would never accuse her of making a “soft threat.” She moved well beyond the “threat” stage when she introduced a bill that attacks a sacrament of the Catholic Church — and there is nothing “soft” about that. Now she is claiming victim status because of a pushback by Catholics. What did she expect? That Catholics would allow an agent of the state to trample on their constitutionally protected rights?

Here is what Romero told the media. “Am I against organized religion? No. I’m Catholic. Maybe this is a little more personal for me. I’ve had victims here in Utah, people who have experienced and sexual abuse and child abuse. Their perpetrators were protected by a religious institutions. I have a problem with that.” [This is exactly the way she was quoted.]

I have a problem with so-called Catholics telling me they are not against the Catholic Church when they seek to destroy one of their sacraments. That gets real personal. As for the perpetrators, there is no evidence — I have asked her to give it to me — showing that breaking the seal of Confession would result in prosecuting molesters.

It is a red herring, a contrived pretext that would allow the government to effectively cause the Sacrament of Reconciliation to implode. No practicing Catholic would ever sponsor such a bill, nor would a member of the faithful from any another religion.

Does Romero really think that if she succeeded, priests would cooperate? They would go to jail before putting themselves at risk of being excommunicated.

It would be too kind to say that she has embarked on a fool’s errand: she will never succeed in getting what she wants, and what she wants is much more than foolish — it is obscene.