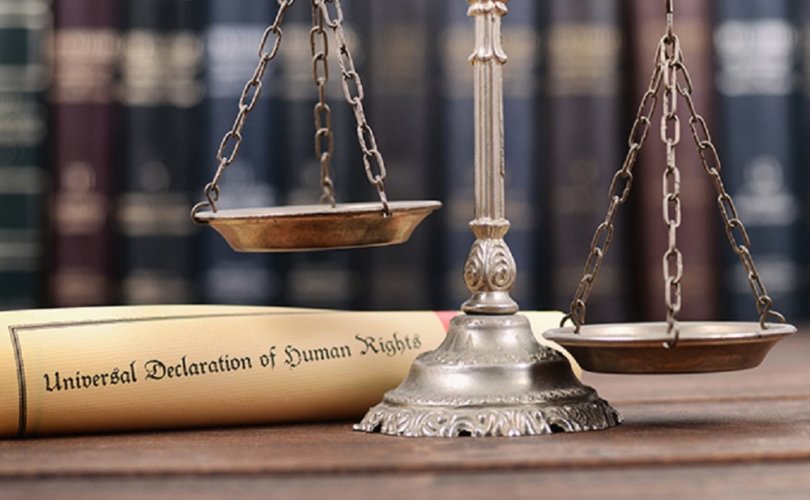 Editor’s note: This article was originally published on September 17, 2019. It is republished here with the permission of Children’s Health Defense.

December 24, 2020 (Children’s Health Defense) — In the United States, those who are vaccine risk-aware have much to be concerned about right now. More and more states—and many legislators from both political parties—are displaying a willingness to impose heavy-handed vaccine mandates that trample on religious, parental and human rights—including the precious right to “security of person” guaranteed by Article 3 of the Universal Declaration of Human Rights.

What some Americans may not realize is that the current push for mandates is playing out not just in the U.S. but in other countries as well, reflecting a broader—and indeed, global—agenda. Countries such as Australia, Italy and France have taken the lead in transitioning away from government interventions that “merely nudge or persuade individuals to vaccinate” and toward a more punitive exercise of “coercive power”—even though research suggests that “tougher stances on the part of doctors and public health experts tend to polarize attitudes in the public.” Australia’s 2016 “no jab, no pay” law, for example, withholds thousands of dollars in childcare subsidies from parents branded as “vaccine refusers,” and some Australian states restrict unvaccinated children’s access to child care altogether.

One of the primary cover stories that governments are using to justify the fierce uptick in vaccine coercion is the argument that infectious diseases pose a threat to national security. Measles represents the overblown threat du jour, while around the world, officials and media keep the public in the dark about the measles vaccine’s risks. In 2014, the Global Health Security Agenda (GHSA) formed to “elevate global health security as a national and global priority.” One of the eleven “Action Packages” to which GHSA stakeholders agreed was an “Immunization Action Package” that just so happens to use measles vaccine coverage as its proxy indicator for success. Considering that the Action Package’s aim is to marshall regional and global collaboration to “accelerate” vaccine coverage, how should we construe the measles hysteria that international organizations, governments and the media have been fomenting ever since the GHSA’s creation?

… taking the concept of an “interconnected global network” to an entirely new level all sorts of public and private ‘advisory partners’ are also in on the push for unitary action, including various United Nations (UN) agencies, the World Health Organization (WHO), the World Bank, the African Union (AU), the European Union (EU) and even, somewhat ominously, Interpol.

Although generally not in the media spotlight, the GHSA attracted high-level attention and commitments from the powerful from the get-go. Within four months of its February 2014 launch, the GHSA received a key endorsement from the G7, and in September, President Obama hosted the new entity’s first major meeting at the White House. Distracting the public from the earth-shattering revelations of CDC vaccine fraud issued a few weeks earlier by whistleblower William Thompson (on August 27, 2014), GHSA meeting participants instead solemnly declared: “A biological threat anywhere is a biological threat everywhere, and it is the world’s responsibility to respond as one.”

In late 2016, the outgoing President Obama signed an Executive Order that “cemented” the GHSA “as a national, presidential-level priority” and positioned the U.S. “as a committed, long-term catalyst” for executing the partnership’s goals. At present, the GHSA has 67 member countries, but—taking the concept of an “interconnected global network” to an entirely new level—all sorts of public and private “advisory partners” are also in on the push for unitary action, including various United Nations (UN) agencies, the World Health Organization (WHO), the World Bank, the African Union (AU), the European Union (EU) and even, somewhat ominously, Interpol.

The GHSA promotes external country-level evaluations to assess, among other measures, steps taken to prevent infectious disease threats—with “prevention” defined as “high immunisation coverage”—and improve surveillance (via detection, assessment and reporting of “public health events”). The U.S. was one of the first countries to step up for an assessment, conducted in close collaboration by external evaluators and the CDC. (The CDC head at the time was Thomas Frieden, praised by Obama as “an expert in preparedness and response to health emergencies” but arrested in 2018 on charges of sexual abuse.) The evaluators gave the U.S. top scores for measles vaccine coverage and “national vaccine access and delivery” while awarding lower scores for “dynamic listening and rumour management” and “communication engagement with affected communities.”

Other international initiatives buttress the GHSA, including the WHO-coordinated International Health Regulations (IHR) established in 2005 (a 196-nation accord to “work together for global security”) and Target 3.8 of the UN’s Sustainable Development Goals (SDGs), which promotes access to “essential medicines and vaccines for all” as part of a push for “universal health coverage” (UHC). Reflecting the globally focused zeitgeist, proponents of these intertwined initiatives are fond of celebrating “more joined-up thinking,” “merging of approaches,” “mutually reinforcing agendas” and “synergy between health system strengthening and health security efforts.”

With the “fortuitous” measles headwinds at their back, there is little doubt that decision-makers view mandated vaccination for school attendance as a winning strategy and that use of this strategy is growing.

— Article continues below Petition —
SIGN: Join petition calling for a stop to COVID vaccine testing in Europe
Show Petition Text
16516 have signed the petition.
Let's get to 17500!
Thank you for signing this petition!
Add your signature:
Show Petition Text

At the end of 2014, the EU made a point of declaring vaccination an important public health tool, which the European public health community interpreted as “a crucial step to strengthen EU action supporting Member States…to implement effective immunization policies and programs.” With this groundwork laid, Italy—a G7 member—volunteered to spearhead the GHSA’s Immunization Action Package and also became one of the first countries to ramp up its own vaccine mandates. With massive investments by GlaxoSmithKline in Italy, where better to start than on the home front? Although a change in government initially delayed implementation of the 2017 compulsory vaccination decree, in early 2019, citing a “surge in measles cases,” the government told Italian parents not to bother sending their youngest (under age 6) children to school if unvaccinated, and promised to impose fines of five hundred euros for older unvaccinated children attending school. Likewise, in France, “non-vaccinated children cannot be admitted to any kind of collective institutions such as nurseries, kindergarten, schools or any social activity if they have not complied with the vaccine mandates.”

With the “fortuitous” measles headwinds at their back, there is little doubt that decision-makers view mandated vaccination for school attendance as a winning strategy and that use of this strategy is growing. The WHO has done its part to help the global effort by placing measles front and center in declaring “vaccine hesitancy”—the “reluctance or refusal to vaccinate”—one of the world’s top ten health threats for 2019. Clearly, it is “game on” for those seeking to override national idiosyncracies with a one-size-fits-all global vaccination agenda.

Legislators who are contemplating new mandates but are still willing to exercise a modicum of independent judgment should recognize that we are in a situation with “echoes of WMD”—“there is no international emergency” and “policy is being hi-jacked.” Here are a handful of critical questions that legislators also should consider:

Pro-vaccine critics of France’s decision to impose harsher vaccine mandates noted at the time that mandates actually fuel further “vaccine hesitancy.” Moreover, by offering significant benefits to “compliers” that are denied to “non-compliers,” policy-makers contribute to a divide-and-conquer environment that pits one group against another. As international researchers recently wrote, “[P]olitical and ethical considerations matter…. Vaccine mandates are not only a population health instrument, but a political one.” The GHSA’s disrespect for individual and national sovereignty promises to worsen these problems while doing little to improve children’s health.