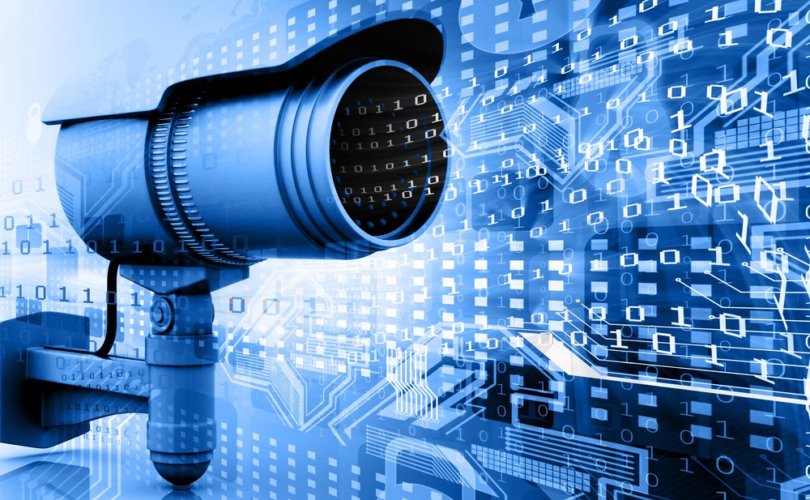 WASHINGTON, D.C. (LifeSiteNews) — Reggie Littlejohn, the Founder and President of Women’s Rights Without Frontiers, an international coalition to expose and oppose forced abortion, sex-selection abortion and sexual slavery in China, gave the following address at the Defeat the Mandates March in Washington, D.C., on January 23, 2022:

Today, as we march for freedom in the United States, we pause to reflect at this magnificent memorial to Americans who died in World War II. Hundreds of thousands of our military service members died to protect our freedom against totalitarianism.

In World War II, the threat was obvious: the threat of Hitler and Nazism.

The threat to our freedom of vaccine mandates is obvious. People should not be forced to submit to a medical treatment against their will.

The threat to our freedom of vaccine passports, however, is much more subtle, even deceitful.

First of all, why would anyone resist being vaccinated? Some may have medical reasons, such as a compromised immune system, or the fact that they have already had Covid 19 and have natural immunity. These are valid reasons.

But of particular concern are people who resist vaccination because of a religious exemption.  Because most of the Covid vaccines were developed or tested using aborted fetal cells, those who are pro-life Christians or of other religions may object to being vaccinated and obtain a religious exemption.

The first question is, will these religious exemptions be accepted? Sometimes they are, and sometimes they are not. Just this month a federal judge in Texas ruled in favor of 35 Navy Seals who sued the Biden Administration over the vaccine mandate for people in the military.

The opinion stated: “There is no Covid-19 exception to the First Amendment. There is no military exclusion from our Constitution.”

Unfortunately, this ruling applies only to the 35 plaintiffs, not the entire military – though we hope it will serve as a precedent.

But let’s say that you can get your religious exemption granted, and you are not required to be vaccinated. Are you free and clear?  My answer is NO.

The fact that you are unvaccinated because of a religious exemption might go into a national database. In the wrong hands, this database could be used to persecute vaccine resisters and people of faith.

This raises the issue of vaccine passports – the digital app on your smartphone that is used to track your vaccination status.

“Vaccine Passports” are not merely the digital equivalent of the yellow vaccine cards long used in international travel. Few people are aware of the following fact: According to tech experts, the digital platform used by Vaccine Passports can provide the same totalitarian functionality as used by the Chinese “Social Credit System.”

All this information is fed into a central database and used to issue a “social credit score.” Citizens are rewarded or punished, based on these scores. Those with a high score are able to participate freely in society. Those with a low score cannot travel, borrow money, may be fired from their jobs, and may be unable to get their children into school. Those with very low scores, such as political dissidents, can be cut off from credit card use, a big problem in China’s increasingly cashless society. Dissidents can be found (and potentially disappeared) in minutes, along with their networks of relationships.

Here’s one example of how vaccine passports are used to control people. In China, your freedom is contingent on your color-coded “health code” smart phone app, connected to a national database. If you’re vaccinated and healthy, the color is green.  If your color is yellow or red, you are stopped. According to a Chinese human rights activist friend of mine, if you’re a dissident in China, all the government has to do is turn your health pass to yellow or red, and you will not be able to go anywhere. This is how they control your movement.

Think this would be far-fetched in the United States? Think again.

Here’s a quote from an editorial in the Salt Lake City Tribune: “Were Utah a truly civilized place, the governor’s next move would be to find a way to mandate the kind of mass vaccination campaign we should have launched a year ago, going as far as to deploy the National Guard to ensure that people without proof of vaccination would not be allowed, well, anywhere.”

A January 14, 2022 article appeared in “The Center Square,” a conservative watchdog news website, entitled, “Federal agency to begin tracking those [federal employees] who seek religious exemptions to Biden’s vaccine mandate.” Beginning February 10, these “records may include an employee’s religious affiliation, date of birth, job title, home address, age, where they work, and copies of their accommodation request . . .”

Why are they doing this – if not to set up a system to identify and discriminate against people whose beliefs have led them to resist vaccination?

This may just be the beginning. On January 6, 2022, JAMA – the Journal of the American Medical Association – published an article: “A National Strategy for Covid-19 Medical Countermeasures: Vaccines and Therapeutics.”

Achieving 90% population vaccination coverage will require mandates . . . For example, as New York City has done, such a requirement may need to be expanded to include all workplaces. Additional requirement for consideration may include vaccination for public transportation and indoor events, with proof of a recent negative SARS – CoV-2 test for those who are not vaccinated …

In addition, to facilitate verification of vaccination status and to better track post-vaccination infections, there needs to be an electronic vaccine certificate platform. Relying on forgeable paper cards is unacceptable in the 21st century. Current state immunization information systems are incomplete, fragmented, and not interoperable, hindering national efforts to control the virus. A national electronic vaccine certificate platform is needed, such as the SMART Health Card, that ensures interoperability across states and countries, safeguards individual privacy, and is based on open-source technology publicly available for vetting to help satisfy any concerns over government surveillance. While controversial, this is not unprecedented. State and national databases are in use for other information, including for driver’s licenses, Social Security, voter registration, and specific health purposes, such as organ donation.

Even if we are able to get religious exemptions accepted, we must resist these vaccine passports.

The vaccine passports, in the wrong hands, would give the U.S. government – or any government using them – the ability to identify unvaccinated people of strong faith – or anyone who chooses to stand up to the prevailing narrative — to isolate and persecute them.

Such policies are simply un-American. Our grandparents – who sacrificed deeply to stop totalitarianism in Europe – would be horrified.

It is just as crucial to oppose vaccine passports as vaccine mandates.

As we stand at the memorial of those who died in World War II to preserve our freedom, let us resolve to continue the battle, so that they will not have given their lives in vain.

Let us wake up and let us speak out!

“If the freedom of speech is taken away then dumb and silent, we may be led, like sheep to the slaughter.”