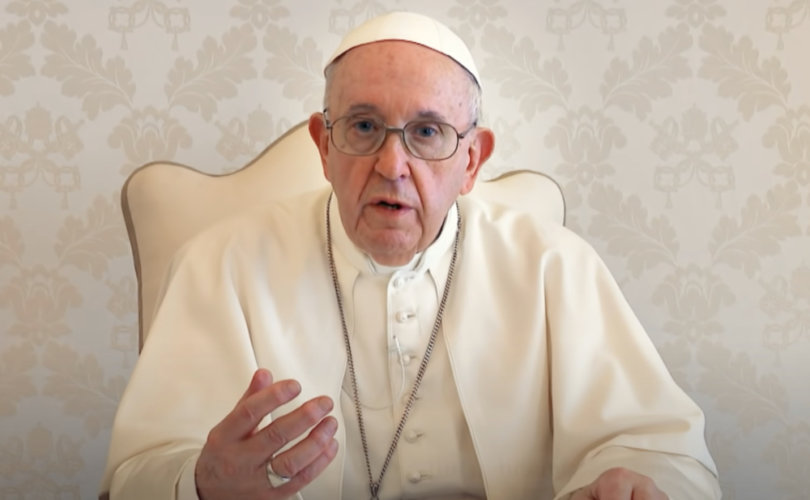 (Catholic Culture) – The last few years have established that a Catholic bishop can be removed from office because of misconduct — unless he enjoys the favor of Pope Francis. Two journalists have illustrated the point this week:

For Catholic World Report, Christopher Altieri looks into the astonishing saga of Bishop Gustavo Zanchetta, formerly of the Oran diocese, who is now imprisoned in Argentina for sexual abuse. A secular court found him guilty, but an ecclesiastical tribunal has reached no conclusion and, incredibly, the canon lawyer who defended Zanchetta is now investigating his accusers—with the approval of the Vatican, on an assignment “direct from the Holy Father.”

After listing the steps that Pope Francis had already taken to protect Zanchetta (bringing him to Rome to avoid questions in Argentina, creating a new Vatican post for him, etc.), Altieri writes:

But it’s getting more and more difficult to suppose.

Then at the National Catholic Register, Edward Pentin compares the Vatican’s treatment of two prelates: Bishop Daniel Fernandez Torrez, who was removed from the Diocese of Arecibo, Puerto Rico; and Bishop Richard Stika, who remains at the helm in Knoxville, Tennessee.

Bishop Fernandez has protested his removal, calling it “totally unjust,” and since March has been seeking a meeting with Pope Francis and an explanation for his removal— neither of which he has been granted.

His only known offense is disagreement with other bishops in Puerto Rico, notably Archbishop Roberto Gonzalez Nieves of San Juan. Ironically, Archbishop Gonzalez was himself asked to resign several years ago, because of complaints that included—you guessed it—a failure to act against priests accused of abuse. But Gonzalez remains in office and Fernandez is out.

And Bishop Stika is still in Knoxville, despite a series of serious complaints about, among things, his handling of abuse cases. A Vatican investigation of his leadership was conducted, and the results reported to Rome, but to date no action has been taken. Perhaps, for all we know, no action should be taken. But we know what complaints were lodged against Bishop Stika, whereas we still don’t know the nature of complaints against Bishop Fernandez.

Looking at the obvious disparities in the Vatican’s handling of disciplinary cases involving bishops, one prelate in Rome (who unfortunately chose to speak anonymously) told Pentin: “I fear that decisions depend very much upon who are the friends of the accused bishop and how much they have the ear of the Pope.”

Reprinted with permission from Catholic Culture