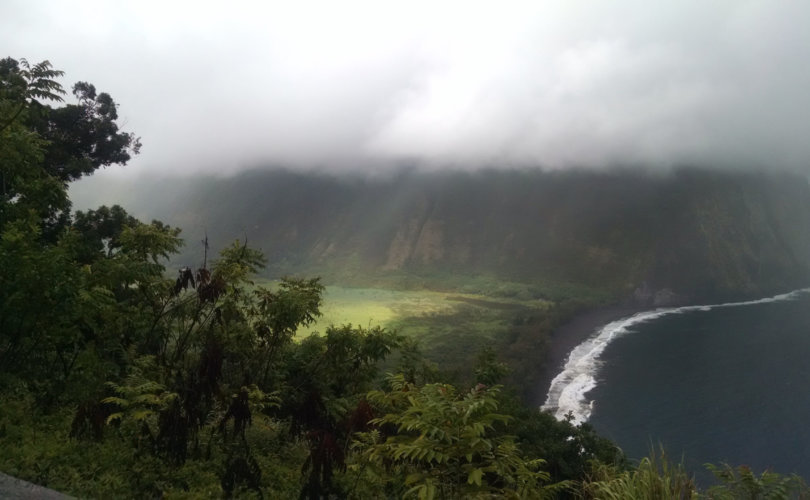 July 29, 2020 (LifeSiteNews) – As a Catholic faithful and a scientist holding much respect for the Pontifical Academy of Life (PAL), I began reading its latest document, “Humana Communitas in the Age of Pandemic; Untimely Meditations on Life’s Rebirth,” with the expectation of finding some words of wisdom – something substantial that, coming from a prestigious consultative body to the Holy See, should be above and beyond the usual type of information available in the secular media – something capable of enlightening the mind and nourishing the soul. Moreover, the title itself, “meditations on life’s rebirth,” implies a document that should contain deep reflections conveying a strong message of hope that would help believers traverse the existential “desert” caused by the COVID-19 pandemic.

Little did I know, however, that the title of the document is misleading and that I was in for a shock, intellectually, morally, and spiritually!

The document is exactly 4,192 words; the word “hope” is mentioned six times:

(i) “Why do we encourage each other to the hope of better days, when all that we are experiencing in this pandemic will be over?”;

(ii) the false hopes for an atomistic philosophy”

(iv) “In the absence of a vaccine, we cannot count on the ability to permanently defeat the virus, … immunity against COVID-19, therefore, remains something of a hope for the future,”

(v) “the false distinction between insiders, … belonging to the community, and outsiders, i.e., those (who) can hope, at best, in a putative participation to it”

(vi) we are called to an attitude of hope beyond the paralyzing effects of two temptations.”

Unfortunately, it cannot be said that any of these statements and the text surrounding them contain a message of hope. If anything, four of them carry negative and bleak connotations, which only compound the already depressing tone of the overly lengthy “litany” of laments (section 1, pages 1-4) about the various effects of the COVID-19 pandemic, which, as indicated by the Academy, range from the plight of individual loneliness to the lack of interconnectedness between countries.

At best, the document speaks sheepishly about the “seeds of hope” (section 1.3) and “an attitude of hope” (last paragraph). Unfortunately, the document seems incapable of making any further development on this most important theme of hope. One cannot help but ask: in what does this hope, which the Pontifical Academy alludes to, consist of? Likewise, the document mentions, right at the beginning, that “we are summoned to the courage of resistance” and, at the bottom of page 4, that we are called to “the courage of moral conversion.” Yet, in neither instance, does the Academy develop the respective theme or offer any guidance on how we are to acquire these two forms of courage. It does not take much reflection, however, to recognize that both forms are connected to hope – the kind of unshakable hope which, like an inextinguishable fire burning within believers, continuously sustains such forms of courage in us, and much more. What then is the source or foundation that vivifies such an unshakable hope in us? Put plainly, what is the object of our hope upon which we should fix our gaze, if not Christ Himself? (cf. Spe salvi)

By all account, the document seems to tell us to fix our gaze on Amazonia instead:

We are called to an attitude of hope, beyond the paralyzing effect of two opposite temptations (…) Instead, it is time to imagine and implement a project of human coexistence that allows a better future for each and every one. The dream recently envisaged for the Amazon region might become a universal dream, a dream for the whole planet to “integrate and promote all its inhabitants, enabling them to enjoy ‘good living.’”

But is it possible to put our hope in something of the created order, however an idyllic earthly paradise it might be? Is such a utopia the true and highest good for mankind?

Why is this PAL document incapable of producing a message of hope? Hope presupposes faith. In seven pages, the word “faith” appears only once when the document alludes to those “structural dimensions of our global community that are oppressive and unjust, those that a faith understanding refers to as ‘structures of sin.’” It seems rather clear that, if faith is lacking, then hope will be also lacking.

The document speaks of moral conversion to bring about the rebirth of the human community (section 2). It advocates an ethics of risk that entails solidarity, cooperation, and making sacrifices, among others. One cannot help but ask: where do we find the moral strength to live out such a noble ethic of risk which demands perseverance, courage, and a whole host of other virtues? As the document points out, we humans are inherently frail. How then are we going to achieve “a real conversion of minds and hearts” if not with the help of divine grace? Without a word about grace, the document de facto is suggesting that humans can pull themselves up by their own bootstraps to achieve conversion.

Conversion means to turn away from something and turn toward something else. More important, moral conversion entails a continuous series of human acts (for the rest of the life of the one who converts), all of which are ordered to the same final end. That final end and that “something else” which triggers and sustains our moral conversion are basically one and the same. What is the object of our final end, if not the true and highest good that is God Himself (cf. Veritatis splendor, chapter 1) Who alone can completely fulfill all human desires?

Nowhere in the document is it mentioned that God is our final end, that Christ is our hope, and that we need the grace of the Holy Spirit for both our moral conversion and a good moral life. Nowhere is the Church – the dispenser of the sacraments as a source of grace – mentioned either. In passing over these in silence, in what way does the Academy’s call for solidarity, equality, and “access (to health care) for all without exceptions” differ from that of secular ideologies? This is a document issued from a prestigious body of the Catholic Church, yet there is no mention of Christianity or Christians, let alone Catholics. That a document is destined for all men and women is certainly not a reason for bracketing out its Catholic identity or omitting any reference to God, Christ, the Holy Spirit, and the Church.

Truly, instead of a reductionist visIon of a merely earthly utopia where all inhabitants can “enjoy good living,” the document should have invited men and women into the life of Christ; it should have offered a strong message of hope with a rich eschatological vision “that our present sufferings are not worth comparing with the glory that will be revealed in us” (Romans 8:18).

August 7, 2020 correction: In a bio note at the end of this article it was noted by LifeSiteNews that Nguyen is a “professor at the Pontifical University of St. Thomas Aquinas (Angelicum) in Rome.” It’s been brought to our attention that Nguyen is no longer associated with this institution, which has been the case since Nov. 2019. LifeSiteNews regrets this error.