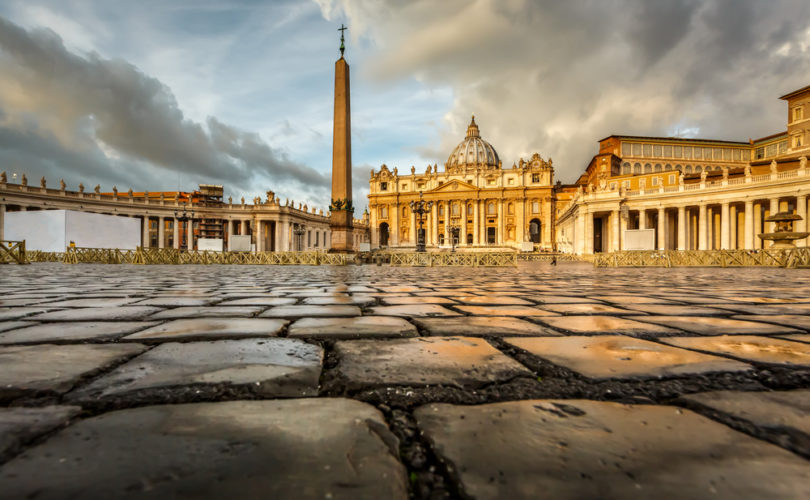 ROME, September 14, 2015 (LifeSiteNews) – A growing number of high-ranking Vatican prelates are quietly expressing their dismay over Pope Francis’ recent and sudden Motu Proprio streamlining the process of declaring a marriage null, according to a new report.

On September 10, the German newspaper Die Zeit published an important report about a seven-page dossier that is now being privately circulated in the Vatican among Curial members who are opposing Pope Francis's recent decision to liberalize the process of marriage annulments.

According to the Die Zeit author, Julius Müller-Meiningen, one high-ranking prelate said that with this new Motu Proprio, which makes the process of annulling a marriage much faster and much easier, “Pope Francis has let drop his mask.” “Many Monsignors,” says Müller-Meiningen, “who are officially working at variously central places of the Universal Church, are expressively distressed and very indignant.”

The dossier that criticizes Pope Francis' Motu Proprio has now been widely – though secretly – distributed in the Vatican, especially in the “most important offices in the Vatican, among them in the Congregation for the Doctrine of the Faith and in the Secretariat of the State,” reports Die Zeit. Here are the most important points of the reported criticism, with quotes drawn directly from the dossier itself. They contain all the essential criticisms to be found in the secret dossier, as a source in Rome told LifeSiteNews:

According to Die Zeit, one of the Curial members said: “We have to open the mouth now,” indicating the moral obligation to resist the new legislation. As Die Zeit also reports, the head of the Congregation for the Doctrine of the Faith, Cardinal Gerhard Ludwig Müller, fears that the whole edifice of the Catholic Church will collapse, if one removes one of its main foundations by introducing an actual or a seeming Catholic form of divorce. According to another article written by Müller-Meiningen on September 10 in another German publication, Rundschau Online, one Curial member reported that Cardinal Mueller is “deeply indignant” about the fact that he himself was not consulted in the preparation of the new Motu Proprio.

The move by Pope Francis to cut short or bypass a more thorough discussion during the upcoming Synod of Bishops on the Family might now effectively “turn it into a debating club which revolves around itself,” in Müller-Meiningen's own words. And the author then closes his reportage with the question: “Will the pope now implement with all his might his long-designed path, which has at least been sketched out for a long time?” As Müller-Meiningen reported on September 9 in the German newspaper, the Neue Westfälische, circles around Cardinal Müller say that they expect there to be “three weeks of struggle” during the October Synod. Morever, Müller-Meiningen himself acutely continues with the following observation: “The pope – as the critics are now convinced – now acts single-handedly, unilaterally. That he now puts out some of the fires with his new quick reform, is a possibility. The other possibility, however, is that the defenders of the pure [traditional] Doctrine are now becoming even more resistantly uncompromising.”