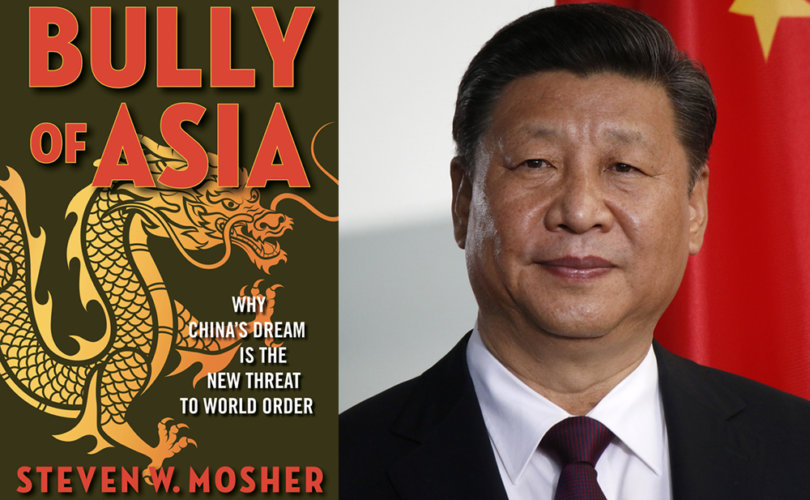 September 22, 2018 (LifeSiteNews) — As someone who, over the years, has helped underground Catholics in China build churches and open orphanages, I believe that the “provisional agreement” is a betrayal of the Catholic Church in China.

Actually, I see it as a betrayal on several levels.  It betrays the authority of the papacy by giving the Chinese Communist Party the right to name bishops.  It betrays the underground Church in China, a Church which not only has survived decades of persecution at the hands of the authorities but is now, once again, under siege.  And–I would argue–because it is a secret agreement, it betrays the Truth by allowing both sides to misrepresent it.

Whose purposes are being served by signing a secret agreement? Scripture tells us that “Darkness always hates the light.” A secret agreement keeps Catholics in China and around the world in the dark about whatever compromises the Vatican has made.  Even worse, it also allows the Communist authorities to misrepresent the agreement to the Chinese faithful in whichever way they choose. They will surely use the borrowed authority of the Vatican to undermine the faith of believers in China in their own Church.

Cardinal Parolin, the Vatican's Secretary of State, told me in May that the signing of an agreement with the Chinese Party-State would give Rome “leverage” over the Communist authorities that it could use to help Catholics in China. But how much leverage does an agreement give you that is not only “secret,” but entirely “provisional.”

The answer, of course, is none.

If the Vatican is relying on the trustworthiness of Chinese Communist officials, it will surely be disappointed.  Beijing has signed many agreements over the years–agreements whose terms are publicly known–only to violate them before the ink is dry on the paper.

Cardinal Parolin insisted to me that, since “we will be signing an agreement with Xi Jinping himself … will they not abide by it?”

The short answer is “No.”  The Chinese Party-State has signed many agreements over the years, many of which it simply later ignored, like the Sino-British Agreement over Hong Kong.  Others, like the World Trade Organization covenants, it merely pretends to honor.

Does the Vatican not know that the same officials they are naively trusting to keep an agreement are currently engaged in a widespread crackdown on all forms of religious expression in China?

Cardinal Parolin certainly knows, since I read him the new regulations restricting religious activities during the course of our meeting.  These new regulations, announced on February 1 of this year, have led to a wave of persecution, with churches are being torn down and Bibles are being burned.

Will the Communist authorities cease and desist simply because they have signed an agreement with the Vatican? It seems unlikely.

As I write in Bully of Asia, the head of the Chinese Communist Party, Xi Jinping, is modeling himself on the late Chairman Mao, one of the great mass murderers of human history.  Like Mao, Xi is carrying out a Cultural Revolution in China to eliminate all religions. And he has made it clear that he simply will not tolerate “foreign interference in internal Chinese matters.”

What this means is that, whatever the precise terms of the secret agreement, it will not put the Vatican in a position to aid the Chinese Catholic Church, much less direct its activities.

The agreement will instead benefit the Chinese Party-State, which will use it to assert its control over the Underground Church in China. It will tell the faithful that the Pope himself has recognized the Communist-run Chinese Patriotic Catholic Association, and that each and every one of China’s 12 million Catholics must worship only in its churches. It will intensify its attack on the Underground Church, using the borrowed authority of the Vatican itself as an ideological assault weapon.

I will say that, had the agreement been negotiated by prelates like Cardinal Zen, men who are profoundly and personally aware of the nature of the officially atheistic, one-party dictatorship that rules China, we could have confidence in it.

But I have no confidence in an agreement that was negotiated by clerics who have zero understanding of China's recent history of brutally suppressing religion. These include clerics like the now-disgraced McCarrick, who has made no fewer than eight trips to China in recent years, the last few at the specific request of Pope Francis, in pursuit of just such an agreement.

The Communist Party long been determined to force underground Chinese Catholics out of the catacombs so they can be brought under strict Party control.  Why anyone in the Vatican, including Cardinal Parolin, would think it's a good idea to lend the name of the Pope to this effort in this way is beyond me.

We must pray for the suffering Church in China.

Vatican signs ‘provisional agreement’ with China on appointment of bishops

Top Vatican cardinal rebukes critics of China deal: ‘No need to be drastic’

Cdl. Zen calls for Vatican secretary of state Parolin to ‘resign’ over ‘betrayal’ in China deal

Holy Father: Now that the death penalty is ‘inadmissible,’ play hardball with China