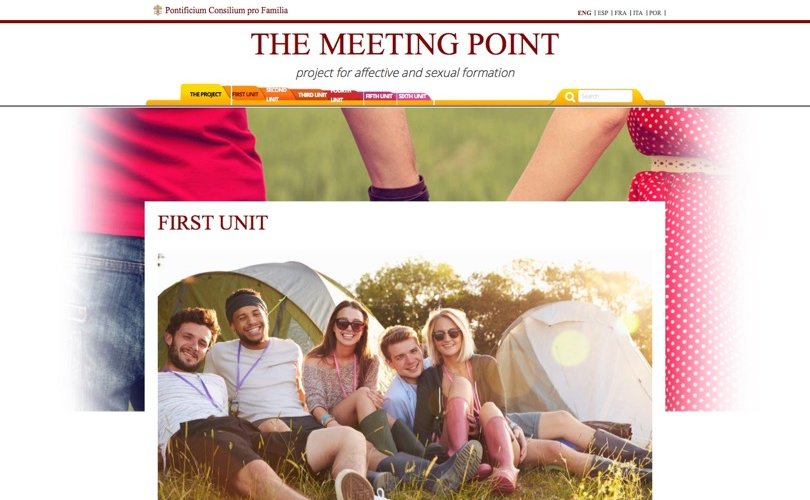 Editor's note: An international group of lay Catholics held a public demonstration in Rome yesterday just outside the Vatican, demanding that Pope Francis and the world’s bishops address homosexuality during the upcoming abuse summit as the major cause of the sexual abuse crisis in the Catholic Church. The following statement was given by John Smeaton, President of the Society for the Protection of Unborn Children, during a press conference at the event. Read all statements here.

ROME, February 20, 2019 (LifeSiteNews) – Pope Francis is answering a question from a journalist who has mentioned that girls in Central America get pregnant early. He asked the Pope: Is this problem the fault of the Church because the Catholic Church opposes sex education?

Pope Francis begins his reply, saying, “I believe that in schools we must give sex education. Sex is a gift from God”, he says, “it is not a monster, it is a gift from God to love”. When Pope Francis says in this context “Sex is not a monster”, I believe he misrepresents the problem posed in the journalist’s question, and I believe the Holy Father does this deliberately for three reasons:

Firstly, in order to continue to advance, in a melodramatic style, his sex education agenda which was promoted in his encyclical Lumen Fidei, and at the Family Synod in 2015.

Secondly, the Pope uses this melodramatic expression “Sex is not a monster” in order to distract attention from the fact that his teaching is contrary to the doctrine of the Catholic Church, which is, above all, concerned about preserving the innocence of children and of young people.

And thirdly, Pope Francis deploys this melodramatic expression “Sex is not a monster” in order to distract public attention from the profoundly negative and scandalous aspects of the kind of sex education being promoted by Catholic Church officials in the Vatican and by countless Catholic bishops. Indeed the sex education programmes being promoted by Catholic Church officials throughout the world, starting with the Vatican are the monster. They are a many-headed monster, devouring the rights of parents as the primary educators of their children, and corrupting the innocence of children and confusing them about the true meaning of human sexuality.

The Vatican’s sex education programme is called “The Meeting Point.” It was developed by Archbishop Paglia, the former head of the Pontifical Council for the Family. It is described as follows by Dr Rick Fitzgibbons, a psychiatrist and adjunct professor of the Pontifical John Paul II Institute for Studies on Marriage and Family, at the Catholic University of America. Dr Fitzgibbons writes: “The Meeting Point program constitutes sexual abuse of Catholic adolescents worldwide and reveals an ignorance of the enormous sexual pressure upon youth today and will result in their subsequent confusion in accepting the Church’s teaching. It represents a grave future crisis in the Church and particularly for Catholic youth and families in far greater proportions than the scandalous sexual abuse crisis of youth recently so widely reported in the press.

“Youth are also harmed by the failure to warn them of the long-term dangers of promiscuous behaviours and contraceptive use. As a professional who has treated both priest perpetrators and the victims of the abuse crisis in the Church, what I found particularly troubling was that the pornographic images in this program are similar to those used by adult sexual predators of adolescents.”

The Pope’s expression “Sex is not a monster” is a deceptive line of argument which crudely distracts attention from possibly the greatest crisis facing young people today – their corruption by classroom-based sex education programmes being promoted worldwide by both secular and church authorities.