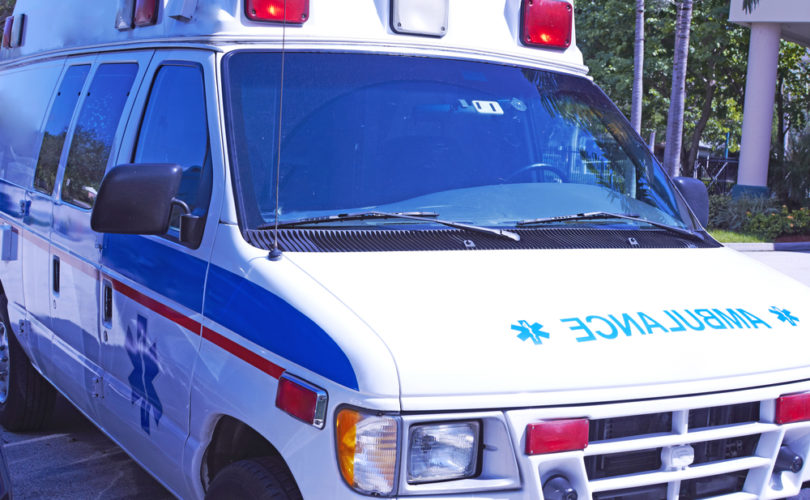 On March 11, an employee at the Little Rock Family Planning Services (LRFPS) abortion facility—the only licensed abortion facility in Arkansas and a member of the National Abortion Federation—called 911 to request an ambulance for a woman in need.

But just a few seconds into the call, she abruptly cancelled the request for an ambulance. Then, a minute later, she called 911 again to say they really did need that ambulance after all.

The employee who placed the call then said, “OK, good…I’m sorry, the doctor says no, that, it’s not what he thought, so, never mind,” adding, “I’ll call you back if I need you.”

It doesn’t take much to figure out why abortionist Tom Tvedten ordered his employee to cancel the emergency call: he didn’t want pro-life activists publishing pictures of an ambulance at his abortion clinic. That would be bad for business, not just for him, but for the entire abortion industry, reliant as it as on the “safe and legal” mantra. And he can’t have that.

So Tvedten cancelled the ambulance, thinking he could handle the emergency himself — until he realized, almost immediately, that he actually couldn’t.

One minute later, at 11:46, the employee called back and said that Little Rock Family Planning did, in fact, need that ambulance:

911 dispatcher: Someone just called and cancelled a call from this…

Abortion clinic employee: And then Doctor decided that he does want her transported.

After the 911 dispatcher asks about the woman’s condition, the audio is redacted, and as you can tell when you listen to the audio, after hearing of the woman’s condition, the dispatcher’s voice sounds notably worried. Through other documentation obtained by the Pro-Life Action League, however, we know that the patient hemorrhaged and was transported to the University of Arkansas Hospital.

The Pro-Life Action League is still in the process of determining what ultimately happened to this woman, but we do know that one of the abortion clinic staffers told one of the sidewalk counselors: “She would have died anyway.”

Please share the video above to spread the word that, in addition to taking the life of an innocent child, abortion is also profoundly dangerous for women.

Note: Special thanks to Marsha Boss and her diligent team of pro-life activists in Little Rock for providing the Pro-Life Action League with video footage and 911 audio.