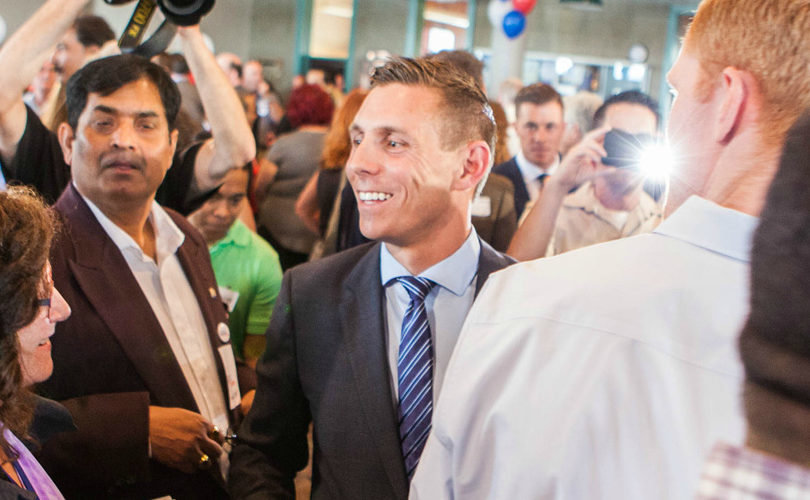 TORONTO, August 14, 2017 (LifeSiteNews) — A series of low-key videos are quietly circulating in conservative circles that deliver a blistering critique of the Ontario Progressive Conservative Party under leader Patrick Brown.

Brown, according to the videos, has alienated conservatives of every possible stripe while letting “thugs” and “political incompetents” take control of the party.

And they, according to the videos, have set the party careening down a crash course to a fourth consecutive trouncing in the June 2018 provincial election.

Entitled “How to lose an election (when you’re ahead in the polls),” the two- to four-minute whiteboard videos in the series are crafted by graphic designer “Claude Robichaux” and commissioned by John Casselman.

Casselman is eschewing media interviews. He was a political adviser through some five budgets to Jim Flaherty, federal finance minister under Conservative Prime Minister Stephen Harper.

The videos make his pitch for him.

And these assert that Brown, a 39-year-old former MP for Barrie, is driving skilled fiscal, social, and democratic conservative volunteers and operatives from the Ontario PC Party.

And as Brown continues to tolerate “a few internal thugs who are empowering corruption and the stuffing of ballot boxes,” democratic conservatives are also doing an “about face.”

Meanwhile, 14 years of Liberal rule has left Ontario with the “highest government debt of any sub-sovereign jurisdiction in the developed world” and the “highest electricity rates in North America.”

Now it can be said that Brown is polling well, at 38 percent a year before the election.

As those dismaying statistics from video three sink in, video four outlines four factions within the party.

The party’s six-figure-earning executive director, Bob Stanley, belongs to the first two camps, according to the video.

Stanley has green-lighted nomination candidates only to reverse his decision with little or no notice, allowed “bogus” memberships, and ignored charges of procedural abuses or violations of the party constitutions, it states.

Casselman himself is in the “we need internal discipline in the party” camp.

He fears the PC Party is in danger of “imploding” if Brown doesn’t decide to “discipline a couple thugs,” he told Loonie Politics host Robert Wood in June.

Casselman’s advice to Brown then was: “Take a page out of the book of the federal guys. They’re bringing wings of the party together, they’re not alienating them one at a time. And the federal party does not reward and protect thugs.”

Campaign Life Coalition is not affiliated with the PC Party, but nevertheless, the national pro-life political lobbying group takes the “dump Brown” view.

“John Casselman is not asking for that, but we’re open to supporting his efforts to improve the situation for pro-lifers within the party,” Campaign Life vice president Jeff Gunnarson said.

“These clever videos reaffirm the fact that pro-lifers are a large slice of the PC Party pie,” he added.

The videos join a growing chorus of opposition to Brown’s leadership.

There’s the anonymous Facebook page: Take Back Our PC Party, and the protest movement “I’m Out,” founded by Ottawa conservative Carlos Naldinho to mobilize upset party members to defeat Brown.

And some have left the PC Party to begin anew.

One such effort is the Ontario Alliance Party, expected to officially launch this fall.

“We support all and any endeavours that help pro-lifers engage in the public square,” Gunnarson told LifeSiteNews.

“We support any new party that welcomes pro-lifers,” he said. “But we also welcome initiatives like these videos. CLC encourages pro-lifers and so-cons to persevere in the PC Party in order to occupy our seat at the table.”

Meanwhile, QP Briefing reported last Tuesday that Hamilton police have begun a criminal investigation of PC Party nomination for the Hamilton West-Ancaster-Dundas riding, where candidate Vikram Singh has launched a lawsuit against the party after his May 7 defeat.

And the Toronto Star reported Wednesday that Thomas Mooney withdrew from the PC nomination race in Guelph, citing concerns with Patrick Brown’s leadership.

To view the videos on GTAers Interested in Politics, go here.