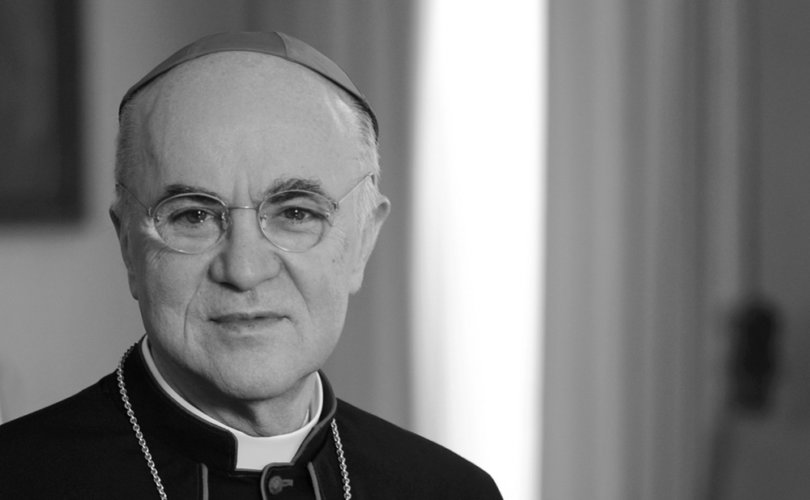 September 25, 2020 (LifeSiteNews) – Seeking to find any coherence of the recent action of the Society of Jesus with the original intentions of Saint Ignatius of Loyola is an arduous if not impossible task, to the point that in hindsight one considers the reconstitution of the Order in 1814 after its suppression by Clement XIV in 1773 to have been ill-advised. It is not surprising that, in the process of dissolution and self-demolition to which the entire ecclesial body is subjected, the contribution of the Jesuits has been – and still remains – decisive. It is no coincidence that since 2013 even the highest throne has been occupied by a Jesuit, Jorge Mario Bergoglio, even though this is in violation of the Ignatian Rule that forbids members of the Society of Jesus to take up positions in the hierarchy.

In the international geopolitical context, the role of Italy may appear in some ways marginal, but in reality Italy is a testing-ground for the experiments of social engineering that the globalist agenda intends to extend to all governments over the span of the next ten years, both in the economic and political sphere as well as the religious one. It is therefore understandable why La Civiltà Cattolica and its omnipresent director Fr. Antonio Spadaro, S.J., have spent themselves in decomposed endorsements both of the Italian and global Left, including the Democratic Party in America and the Communist Party in China. On the other hand, the ideological closeness of the Society of Jesus to left-wing revolutionary movements dates back to the first symptoms of 1968, which Vatican II laid the ideological foundations for and which found their greatest expression in the theology of liberation, after having removed the condemnation of communism from the preparatory documents of the Council. It is significant that many of the protagonists of that unfortunate season in Latin America, after the indulgence and moderate sanctions imposed by the Holy See in recent decades, have been rehabilitated and promoted by an Argentine Jesuit.

Seeing Prodi and Gentiloni [two former Italian Prime Ministers] together with Father Spadaro for the presentation of the essay “Nell’anima della Cina” [In the Soul of China] [here] should not surprise anyone: they are the expression of that deplorable “adult Catholicism” that ignores the necessary consistency of Catholics in politics desired by John Paul II and Benedict XVI, but that holds together the heterogeneous bestiary of progressivism in the name of Malthusian environmentalism, the indiscriminate welcome of immigrants, gender theory, and the religious indifferentism sanctioned by the Abu Dhabi Declaration. The Assisi Conference – Economy of Francesco – and the coming Encyclical Fratelli Tutti confirm the anthropocentric imprint and the green shift of the Bergoglian church, which instead of the courageous and “politically incorrect” proclamation of the Gospel to all the nations has preferred the easiest environmentalist and immigrationist claims of the globalist agenda, which are dramatically risky for our Western civilization. And President Trump has understood this all too well.

Prodi and Gentiloni in Italy – and we would also add Premier Conte, given his origin and his education – have their counterparts on the American side in so-called Catholic personalities like Joe Biden, Nancy Pelosi, and Andrew Cuomo: all of them proudly support abortion and gender indoctrination, and all of them are proudly in favor of the Antifa and Black Lives Matter movements that are setting entire American cities on fire. An equitable and honest analysis of the international sponsors of these parties, these “spontaneous” movements and Catholic progressivism reveals a disturbing common thread running through all of these so-called philanthropists who manipulate the political and economic fortunes of the planet with enormous funding. In recent days it has been reported in the news that the Jesuits in America have received grants of nearly two million dollars (over four years) from George Soros, and it seems that the same agreement between the Holy See and the Chinese Communist regime has been financed by large annual donations from Beijing to the Vatican coffers that are in a disastrous state. The fact that the Church fell prostrate before the lockdown, suspending liturgical celebrations and closing churches all over the world, has led to considerable collateral economic damage, for which Chinese donations and the lucrative business of welcoming immigrants represent an obvious compensation.

The United States is witnessing the highest levels and centers of cultural influence of the American Catholic Church shamelessly siding in favor of the Democratic candidate and more generally in favor of the entire apparatus that has been consolidating in recent decades within the public administration. The Deep State, Trump’s sworn enemy, is joined by a Deep Church that spares no criticisms and accusations against the incumbent President while winking indecorously with Biden and BLM, slavishly following the narration imposed by the mainstream. It matters little that Trump is openly pro-life and defends the non-negotiable principles that the Democrats have renounced – the important thing is to transform the Catholic Church into the spiritual arm of the New World Order, so as to have an imprimatur from the highest moral authority in the world, something that was impossible with Benedict XVI.

Secretary of State Pompeo did well to censure the renewal of the secret agreement signed between Bergoglio and Xi Jinping! His lucid denunciation brings to light the aberrant Vatican attitude, the betrayal of the mission of the Church, the abandonment of the Chinese Catholic community out of sinister political calculation and the way it is in accord with aligned thought. Nor is the piqued reaction of the Jesuits and Catholic progressivism surprising, beginning with Avvenire [the daily newspaper of the Italian Episcopal Conference]. If Bergoglio can affirm with impunity that “Trump is not Christian”, evoking the ghosts of Nazism and populism, why would the U.S. Secretary of State not have the right to express his opinion – with the more than legitimate objective of international security – about the connivance of the Holy See with the communist dictatorship that is more ferocious but also more powerful and influential than ever? Why does the Vatican, which is silent in the face of the Democratic party’s support for abortion and the violation of the most basic human rights in China, consider the Trump Administration to have no right to interfere in an agreement that has obvious repercussions in the international political balance? It causes just as much astonishment to see that the parrhesia in political confrontation that is called for in words is contradicted in fact by those who see their wicked plans brought to light. And it is unclear why an agreement presented as absolutely transparent and devoid of any obscure points has been kept secret and cannot be read even by the well-deserving Chinese Cardinal, Joseph Zen. On the other hand, if we consider that among the people who dealt with the drafting of the Agreement between the Holy See and the Chinese Communist Party there was then-Cardinal McCarrick, who was sent by Bergoglio on his behalf (see here), we will also understand the reason that the acts of the canonical process that led to the powerful prelate being reduced to the lay state remain shrouded in secrecy: in both cases an operation of transparency and truth is urgent and necessary, because the honor and moral authority of the Catholic Church in the sight of the whole world is at stake.

Editor’s note: The above text was penned by Archbishop Carlo Maria Viganò on Sept. 22, 2020.