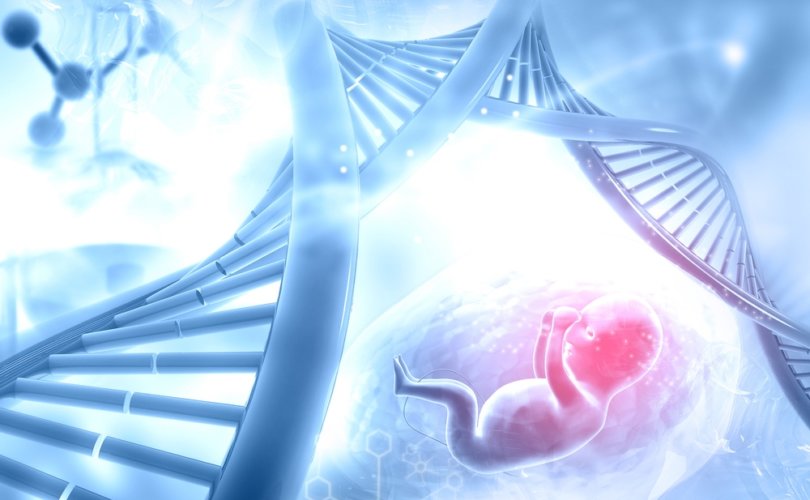 February 5, 2019 (LifeSiteNews) – Between its extreme abortion bill and the governor’s racist photos, the state of Virginia has been headlining the news. But in the midst of the media frenzy, proposed changes to its parenthood laws were approved in the Virginia House today. Before my tweetstorm about it last night, #HB1979 had only a handful of tags. But it deserves serious attention because it turns children into products, all in the name of “progress.”

The Family Foundation of Virginia calls HB1979 “the most anti-family bill they’ve ever seen.” It aims to “update” Virginia’s laws on parenthood. “Updating” in 2019 means stripping parenthood laws of all references to “mother” and “father.” Gender neutral is so progressive, don’t ya know? The thing is, while we may be able to remove references to mother and father in law, we just can’t seem to remove the longings children have for their mother and father in their hearts.

Here are some kids with same-sex parents sharing how much they wanted their missing mother or father:

Darn those kids. Why are they so un-progressive? So un-2019? Why do they have to want what every other human has wanted throughout history…to be known and loved by both their mother and father?

Now, before you start quoting “studies” that show that kids raised by same-sex couples fare “no different” than their peers raised by married mothers and fathers, take a look at the serious methodological flaws in that research. First study the studies, then we can talk.

HB1979 also expands the availability of surrogacy. I wrote about surrogacy last month when Ben Shapiro did a strange thing and…got something wrong. If you skip the article, here are the Cliff Notes: surrogacy is not pro-life or pro-child. It involves surplus embryos, abortion, eugenics, and sex selection. Surrogacy isn’t about babies – it’s about on-demand, designer babies. Turns out, even the babies that survive the surrogacy process are harmed as commodification doesn’t do much for children’s self-image:

And finally, this bill swaps biology for “intent” as the basis of parenthood. And here we’re really playing with fire. Because “intent” to parent neither provides children with the biological identity that they crave, nor does it give them the adults who, statistically, are the most likely to provide the stability and love that children deserve. When it comes parenting, biology matters especially when protecting children from abuse.

Children conceived via sperm donor who are being raised by even one “intended” parent fare worse than their peers raised by biological parents on important outcomes such as depression, delinquency, and substance abuse. The largest study on outcomes for donor conceived children, My Daddy’s Name is Donor, reveals that, on average, young adults conceived through sperm donation are hurting more, are more confused, and feel more isolated from their families. Moreover, the study found that:

If this is how sperm-donor children feel, can you imagine how children created with donor sperm and eggs, or those who are created with donated gametes and also intentionally mother- or father-less, or those who are donor-conceived and also separated from their birth mother are going to fare? We are experimenting on children and only beginning to see the devastating fall-out. HB1979 endorses that experimentation.

You may have questions about how you can support adoption and oppose HB1979 so let me say this: a just society cares for orphans – it doesn’t create them. While it is sometimes impossible to be raised by both biological parents, those situations are tragic for children and they should never be intentionally replicated through reproductive technologies. And certainly not codified in law. Here’s a detailed rundown on how bills like HB1979 go against adoption best practice.

When it comes to family, children have universally-recognized rights. At the very top of the list: children have a natural right to a relationship with both biological parents whenever possible. When these rights are respected, it maximizes their chances for a physically, mentally, and emotionally healthy life. We harm children when we disregard their rights and turn them into products that can be swapped and traded, cut and pasted into any and every household configuration.

Repeat this phrase over and over:

And then act, and vote, accordingly.

Katy Faust is the founder and director of Them Before Us, the only organization solely devoted to defending a child’s rights in family structure.