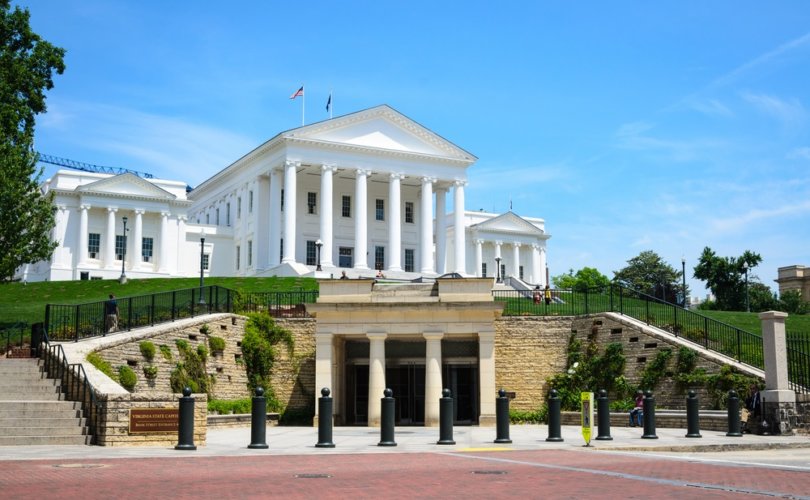 The
Family
Foundation
The Family Foundation

RICHMOND, Virginia, August 27, 2020 (Family Foundation) — The shocking honesty — and general hostility — towards religious freedom was once again on display yesterday as a Democrat-controlled House Committee killed two bills — HB 5016 (R-Cole) and HB 5070 (R-LaRock) — on a party-line vote. The bills would have simply allowed someone with a sincere religious objection to any COVID-19 vaccine mandate to be exempted when a vaccine is eventually developed.

According to committee member Delegate Mark Levine (D-Alexandria), a person who refuses to inject themselves or their children with an [unproven] foreign anti-body is no different than someone who gets behind the wheel and drives drunk. He began his opposition speech to a religious exemption with a dramatic “You do not have a right to kill somebody else!” Levine went on to say that if someone chooses not to get the vaccine, “and contracts this disease, and knowingly and intentionally goes out in public and kills someone, I hope they are sued for wrongful death, or possibly even criminal penalties.” (Note: This isn’t the first time Del. Levine has been hostile in attacking exemptions for religious convictions.)

The State Health Commissioner’s statement on Friday that he intends to force every Virginian to receive a COVID-19 vaccine has attracted national attention, which, along with your voices, actually prompted Governor Northam to issue a statement that he doesn’t plan to force every Virginian to receive the vaccine. (It should be noted here that he has taken no official position on it). These are indeed dangerous times, when a state legislator suggests that a healthy person who declines a questionable vaccine for conscience objections is equivalent to killing someone and should be sued and/or put in prison.

The Committee also voted down HB 5018 (R-Webert) and HB 5023 (R-Byron), bills which would ensure the Virginia Department of Health only accepts a complaint alleging a violation of an emergency order if it includes the first and last name and basic contact information of the person making the report. This would have prevented petty and false reporting. But even when a friendly amendment was offered to address a concern over whistle-blower protections, the Democrat-controlled committee still killed the bill.

Yesterday’s committee meetings were also further evidence that virtual legislative deliberations are leading to complications, confusion and an overall lack of public participation. Not only are there technical difficulties like not being given access to the Zoom meeting in time to testify — many in the public were not given the chance to speak — but it also appears the Committee Chairman has the sole power to dictate who speaks (among those who have signed up the day before) and for how long. Another troubling aspect was how frequently debate was abruptly halted by a legislator motioning to “table” a bill (i.e., defeat the bill), in some cases while the bill’s sponsor was still speaking.

This Special Session, with its delays, complicated virtual testimony procedures, and lack of any substantive debate, is quickly becoming a one-party show, and not bipartisan governance. The majority party is simply not interested in passing reasonable solutions to serious issues — like reining in an out-of-control Governor.

Published with permission from the Family Foundation.