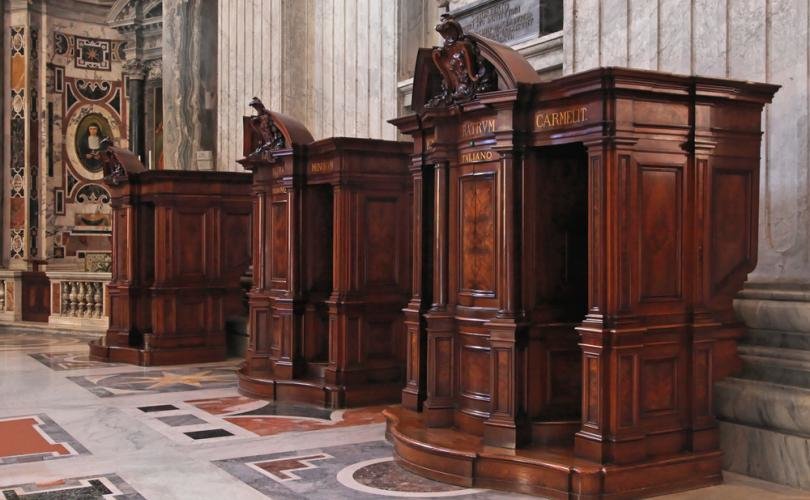 September 25, 2018 (Community in Mission) – Over the years we have steadily been losing the vocabulary of sin. Saying “I have sinned” is often replaced by “I made a mistake,” or “I made a poor decision,” or “I'm sorry if my behavior was hurtful in some way.”

Not only are we slow to say we have sinned, we are also ignorant of the subtleties of sin, in part because our vocabulary about sin is so limited. In this state we lose a certain advantage over sin because to name something is the beginning of isolating it and having increasing authority over it. When I can name something, I can focus on it and work on it. It moves from the realm of the abstract and theoretical to the real world.

Over the years I have been compiling lists of the names for various sins. I do this as an outgrowth of deliverance ministry, in which the importance of naming demons cannot be overestimated. Most demons resist disclosing their names mightily because once the exorcist knows the name of a demon, his authority over it is magnified in Jesus.

This is also true in the ordinary situations of life, where demons tempt us, and where the world and our own flesh compound the problem. The more we can name the subtleties of sin the less difficult it is to gain mastery over them.

A good place to begin is with lying. Satan is the consummate liar and seeks to draw us into is web in hundreds of ways. Jesus says this of Satan:

He was a murderer from the beginning, refusing to uphold the truth, because there is no truth in him. When he lies, he speaks his native language, because he is a liar and the father of lies (John 8:44).

The list below on lying is a work in progress. I am working on similar ones related to pride, sensuality, and the like; perhaps I will post these in the future. However, consider this a starting point of moving from an abstract notion of sin to something more real, more concrete.

There are not many people who will call themselves liars. Most will say, “I don't tell lies – at least not big ones.” Lying and deceit come in many subtle forms, so don't be so certain that you are free of the tendency. It's hard to get far into this list without realizing that lying is alarmingly common to us, even if by other means and words. Don't be discouraged; pick a few and work on overcoming them. Naming them gives us focus and power; by God's grace, progress can be made by naming the demons that serve these evils.

Here are some words and phrases associated with lying:

All lying spirits, we name you and reject you in the name of Jesus. We ask every grace from God to be more honest, truthful, upright, and trustworthy. Jesus, you said, “I am the Truth.” Live in us and drive from us all that is not true.

Many exorcists use such lists against demons that refuse to state their name. In effect, the exorcist says, “If you won't tell me your name then I will name you.” This typically causes the demon great pain in addition to that caused by the reading of the Rite of Exorcism itself.

For all of us, naming the drives of sin has a similar effect. It brings them out of obscurity and into the light of reason where their darkness can be scattered. It takes time, but these drives will surely diminish if we name them and consistently rebuke them when they arise.