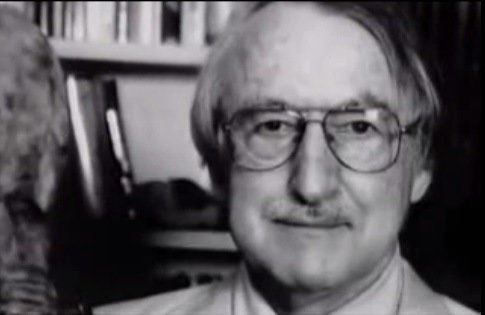 The Media Research Center (MRC), which analysed tax returns for Buffett’s foundation, labeled him the ‘king of abortion’.

The MRC says the money given ‘is enough to pay for the abortions of more than 2.7 million babies in the womb’ – which, it points out, equates to the entire city of Chicago.

The money was given to groups which either ‘provided abortions themselves or advocated for abortion or access to abortion’.

Warren Buffett has made his money through investments, and is listed by Forbes as having a net worth of $65.4 billion.

According to Buffett biographer Roger Lowenstein, Buffett has a ‘Malthusian dread that overpopulation [will] aggravate problems in all other areas – such as food, housing, even human survival.’

This fear of an overcrowded planet is at least in part what gives him his enthusiasm for abortion. I guess he thinks that if there were more people on the planet his wealth might have to be shared.

Buffet is not alone amongst the mega-rich in having a record of funding population control. Also previously implicated are Ted Turner (founder of the Cable News Network), Bill Gates of Microsoft, David Packard, co-founder of Hewlett-Packard and financier George Soros.

In a similar way the pro-assisted suicide campaign in the UK has been bankrolled by wealthy businessmen.

Lord Falconer’s Assisted Dying Bill, which seeks to legalise assisted suicide for mentally competent adults with less than six month to live, follows on from his highly controversial Falconer Commission which laid its framework.

This was conceived by Dignity in Dying (DID), the former Voluntary Euthanasia Society, manned by euthanasia sympathisers and funded by DID patrons Terry Pratchett and Bernard Lewis.

Bernard Lewis is the English entrepreneur behind the River Island fashion brand and clothing chain and is estimated to be worth £1,030m (€1,484m).

Terry Pratchett is an English novelist who has a net worth of £42 million according to the Sunday Times Rich List.

They are small fry compared with Buffet and Gates but very well-endowed by UK standards.

Baroness Warnock is a moral philosopher who believes that elderly people suffering from dementia should consider ending their lives because they are a burden on the NHS and their families.

She said in 2008 that pensioners in mental decline are ‘wasting people's lives’ because of the care they require and insisted there was ‘nothing wrong’ with people being helped to die for the sake of their loved ones or society.

The 84-year-old added that she hoped people will soon be ‘licensed to put others down’ if they are unable to look after themselves.

It deeply troubles me when I hear of very wealthy and powerful people using their money to finance efforts to legalise medical killing through abortion, assisted suicide or euthanasia.

I wonder if part of the motivation is to protect their personal wealth from those who might have calls on it for care, support or treatment.

These rich men all use the language of autonomy, choice and compassion but taking another person’s life through abortion or euthanasia, or helping them to kill themselves through assisted suicide, is actually to eliminate all future choice.

In stark contrast stands the life of Jesus Christ, creator and sustainer of the universe, who gave himself for us when we were helpless and weak:

‘For you know the grace of our Lord Jesus Christ, that though he was rich, yet for your sake he became poor, so that you by his poverty might become rich.’ (2 Corinthians 8:9)

‘For while we were still weak, at the right time Christ died for the ungodly. ‘ (Romans 5:6)