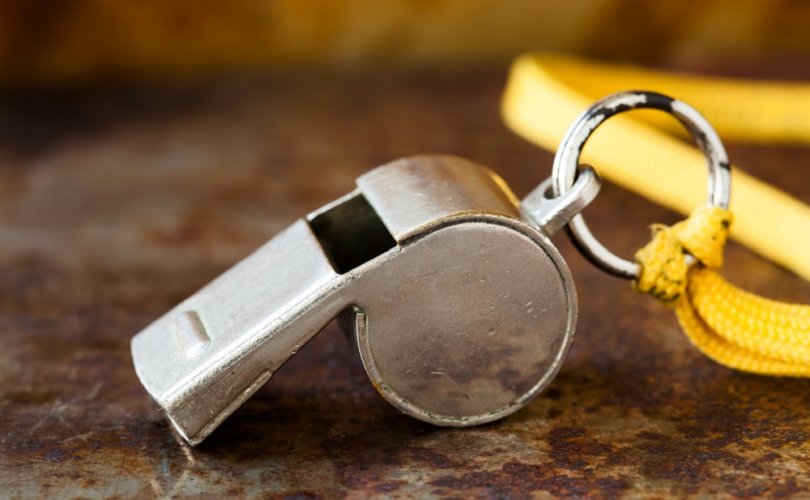 Just before the filing of the “whistleblower” report against President Trump, it turns out the Intelligence Community changed its own rules for filing to Congress to end any need for firsthand knowledge.

Boom. The report they wanted, claiming that President Trump had done something wrong in attempting to get to the bottom of Joe Biden's pocket-lining via his son, suddenly came out of the blue. The flypaper was laid out, and the first fly came.

According to Sean Davis at the Federalist:

Between May 2018 and August 2019, the intelligence community secretly eliminated a requirement that whistleblowers provide direct, first-hand knowledge of alleged wrongdoings. This raises questions about the intelligence community's behavior regarding the August submission of a whistleblower complaint against President Donald Trump. The new complaint document no longer requires potential whistleblowers who wish to have their concerns expedited to Congress to have direct, first-hand knowledge of the alleged wrongdoing that they are reporting.

The brand new version of the whistleblower complaint form, which was not made public until after the transcript of Trump's July 25 phone call with the Ukrainian president Volodymyr Zelensky and the complaint addressed to Congress were made public, eliminates the first-hand knowledge requirement and allows employees to file whistleblower complaints even if they have zero direct knowledge of underlying evidence and only “heard about [wrongdoing] from others.”

So some Trump-hating CIA Deep-Stater who nevertheless had his bureaucrat's priority of preserving his bloated pension got this amazing gift in this rules change, enabling him to twist all the things he may have heard around the office of the president he detested, wrap it in a ball, and file an anonymous complaint to topple the president. Better still, unlike Christine Blasey Ford, the accuser would be legally entitled to remain anonymous, free to cook up as many twisted calumnies based on hearsay as desired, getting no scrutiny of motives, paying no price. Zero-cost Trump-toppling, with full pension. Sound like an incentive?

One wonders if this person might just have had something to do with why this rules change happened, too.

Because the fact remains that the Deep State is still out there and plotting against President Trump. These people managed to pin him to the wall for two years on the phony cooked up Steele dossier, and very few of them were held accountable. Where's Steele's penalty for this phony farce? Where's Andrew McCabe's arrest warrant? None of these people paid. Now they don't even have to be in the vicinity of Trump to make their complaints — all they have to do is “hear” something and filter it through their biases. And if they are proven wrong, only Trump has to fight to defend himself; there's no penalty to them for lying or distorting secondhand information through their own biases.

This one is even worse because this so-called whistleblower is doing the whole thing under mask of anonymity, yet his partisan malevolence was known, as the whistleblower report noted.

Why is this rule still in place? If someone wants to be a whistleblower, fine. Have him come out and make their charges in daylight.

The system as it stands is a rigged system, a Petri dish for corruption as Deep-Staters plot ever new means of getting rid of Trump. With this Federalist report, it looks as though they planned it that way.