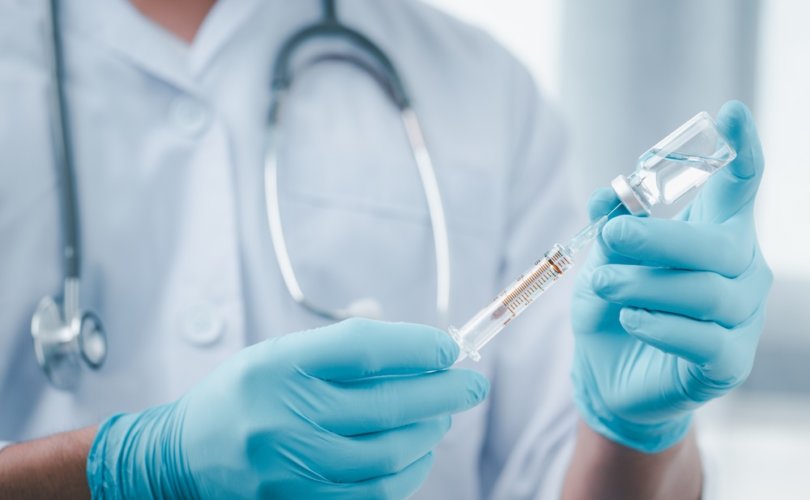 August 27, 2020 (Children’s Health Defense) — Join Children’s Health Defense (CHD) on a snappy journey through the recent history and current replay of the pandemic-scam-page from Big Pharma’s playbook. It’s deja-vu with the W.H.O. declaring “pandemics” that result in gold rushes for pharmaceutical companies. But serious adverse events such as the very real narcolepsy epidemic that we saw in the swine flu “pandemic” of 2009 — which many researchers tie to GSK’s Pandemrix vaccine — counter any perceived benefits of these rushed vaccines. CHD’s The Jab video documents the facts behind the unfolding pandemic drama and raises the question: Are we are being played — again?

The winter of 2009 may feel like it was just yesterday, but the Trump administration’s Operation Warp Speed is betting more than two billion dollars that Americans have already forgotten about GlaxoSmithKline’s elaborate scam that caused narcolepsy and cataplexy epidemics across Europe 11 years ago.

As the trustworthy stewards of global public health (wink, wink), in the years leading up to 2009, the World Health Organization worked to ensure that dozens of European and African nations executed agreements to protect their citizens in the event of an unforeseen global pandemic.

These “sleeping contracts” stipulated that the pharmaceutical companies would be called upon to produce flu vaccines — and be paid billions of dollars for doing so. But there was no reason to fear any financial impropriety because the contracts could only be activated in the event that the W.H.O. declared a phase 6 influenza pandemic.

Unfortunately, the government officials who signed the contracts never suspected that GSK makes multimillion-dollar donations to the W.H.O. in return for control over decisions that result in GSK windfalls.

For six years leading up to 2009, the W.H.O. displayed their definition of “influenza pandemic” on the top of their Pandemic Preparedness home page. It read, “An influenza pandemic occurs when a new influenza virus appears against which the human population has no immunity, resulting in several, simultaneous epidemics worldwide with enormous numbers of deaths and illness.”

On June 11, 2009, the W.H.O. declared H1N1 swine flu to be a global influenza pandemic, phase 6. Curiously, at that point in time, there were only 144 swine flu deaths in the entire world. Nevertheless, the W.H.O.’s declaration triggered $18 billion in sleeping contracts to activate across the world, and production of hundreds of millions of H1N1 vaccine doses kicked into high gear — including GlaxoSmithKline’s Pandemrix.

Suspiciously, just 39 days before declaring the pandemic, the W.H.O. deleted the pandemic definition from their website. When confronted, they told the media that their definition “painted a rather bleak picture and could be very scary.” In the new definition, the W.H.O. no longer required that anyone die before they declare a pandemic. GSK’s Pandemrix jab was an experimental vaccine that was never tested for safety or efficacy. It was given straight to hundreds of millions of Africans and Europeans.

This wasn’t the time for red tape and formalities. By any definition — rather, by the new definition, we were in a global pandemic.

The W.H.O. did not declare the 2009 pandemic on its own. Before making the declaration, the W.H.O. Director General, Dr. Margaret Chan, sought guidance from an Emergency Committee drawn from a panel of 160 scientists on the W.H.O’s International Health Regulations Review Committee. The W.H.O. describes these advisors as “the world’s leading experts in their respective fields,” but their identities are still shrouded in secrecy, which the W.H.O. claimed was necessary to “protect them from outside influences.” But a shocking 2010 British Medical Journal investigation revealed that numerous Emergency Committee members who voted for the pandemic declaration had financial ties to flu vaccine and Tamiflu manufacturers, including GlaxoSmithKline.

Wolfgang Wodarg, a former delegate to the European Council, said, “The W.H.O. officials have no idea about such things. They have to depend on scientists. And the scientists are allocated to them by the countries and by the organizations that finance the W.H.O. And many of them gave advice and made decisions that benefited the pharmaceutical industry.”

Narcolepsy is more than a minor inconvenience in an otherwise normal life. Narcoleptics suffer from the extreme tendency to fall asleep whenever in relaxed surroundings. Cataplexy is a condition in which strong emotion or laughter causes a person to suffer sudden physical collapse.

GSK’s adjuvanted Pandemrix vaccine caused both, devastating at least 1,300 children across Europe– for life. In the media, GSK’s AS03 adjuvant, added to stimulate a powerful immune response, shouldered the blame for amplifying these heinous reactions. Documents obtained by plaintiffs in a series of European lawsuits revealed that GSK knew about the mounting adverse events associated with Pandemrix in the winter of 2009 — including a 5.4-fold increase in death. By December 2009, an injured person filed a report with GSK for every 12,500 doses of Pandemrix administered. Yet they continued promoting their vaccine in order to move inventory.

As lawsuits began to pile up, the UK spent millions of pounds defending itself, ultimately settling for nine-figure sums after losing on appeal. After all, every country that signed a sleeping contract was required to grant GSK full legal indemnity for their fast-tracked pandemic vaccine, leaving taxpayers on the hook for defending and settling hundreds of lawsuits.

GSK never stood trial for destroying 1,300 young lives with narcolepsy and cataplexy and they never paid one dollar in fines for influencing the fake pandemic in what Wolfgang Wodard called, “One of the greatest medical scandals of the century.”

Relying on the same attenuated definition of “pandemic,” on March 11, 2020, the World Health Organization declared COVID-19 to be a global pandemic when its partner, the COVID-19 Therapeutics Accelerator, received 125 million-dollar commitments from the Gates Foundation and MasterCard just one day prior.

On July 31, 2020, GSK and Sanofi scored 2.1 billion US taxpayer dollars to partner on an experimental Covid-19 vaccine. Sanofi will provide the vaccine and GSK will provide — you guessed it — hundreds of millions of doses of their AS03 adjuvant from the 2009 narcolepsy epidemic.

Will they get away with it this time?