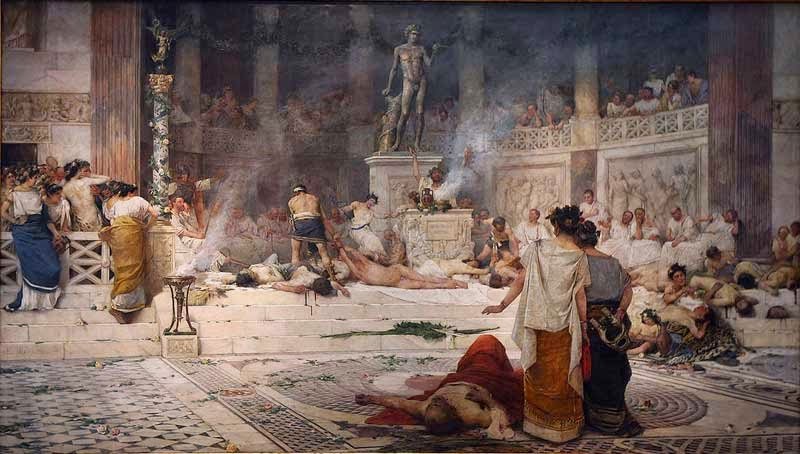 Sept. 14, 2016 (Breakpoint) – How often have you heard sexual progressives claim that those of us who hold to traditional sexual morality and marriage are “on the wrong side of history?”

But as one new book points out, it’s the proponents of the sexual revolution who are embracing a sexual morality that history left behind millennia ago—in the dusty ruins of the Roman Forum.

Yes, today Western civilization is undergoing a dramatic cultural shift. In just a few short years our society has fundamentally altered the meaning of marriage, embraced the notion that men can become women, and is now promoting the idea that grown men should be welcome to share a bathroom with women and young girls. Not unexpectedly, we’re also seeing movement toward the normalization of polygamy, pedophilia, and incest.

It’s precisely in times like this that we need some historical perspective. Which is why Lutheran pastor Matthew Rueger’s new book, “Sexual Morality in a Christless World,” is a timely godsend. In it, Rueger shows how Christian sexual morality rocked the pagan world of ancient Rome. The notions of self-giving love, sexual chastity, and marital fidelity were foreign, even shocking to the people of that time.

Citing existing scholarship, Rueger details the Roman sexual worldview that prevailed for hundreds of years. Women and children were viewed as sexual objects; slaves—male and female–could expect to be raped; there was widespread prostitution; and predatory homosexuality was common. Christian sexual morality might have been seen as repressive by the licentious, but it was a gift from God for their victims.

Rueger writes that “Claims in our day of being progressive and moving forward by accepting the ‘new prevailing views on sexuality and same-sex marriage' are horribly misinformed … Contemporary views about sexuality are simply a revival of an older and much less loving view of the world.”

But they are also a revival of an older and impoverished view of human beings. Imagine the reaction of a pagan Roman slave girl who learned for the first time that she had value—not monetary value as a piece of goods to be enjoyed or discarded by her owner—but eternal value because she was made in the very image of God.

Or imagine the pang of conscience felt by an unfaithful Roman husband when he learned that God became incarnate, and took on human flesh, and that how he treated his own body and the bodies of others mattered to God. Mattered immensely.

Folks, we can’t look away and ignore this unholy revival of pagan sexuality and its cheapened view of human beings. But we also can’t wring our hands in fear or throw them up in defeat. As Rueger points out, Christ and His Church radically transformed a far more sexually cruel and chaotic world than ours.

Look to those ancient believers who went before us: Rather than succumbing to or accommodating the spirit of the age, new converts in the early Church came to understand, as Rueger writes, that “Christian morality is based on Christ’s all-encompassing purity and self-emptying love…Christians could no longer live as the Greeks or Romans. Their worldview and self-view was distinctly different. They were now one with Christ in heart and soul.”

Now, their distinctiveness, as Rueger writes, “would not spare them from suffering; it would invitesuffering.” It’s pretty clear now that the same holds true for us. Will we bend the knee to this revived pagan sexuality, or will we hold out to a needy world the freedom of God’s plan for human sexuality?