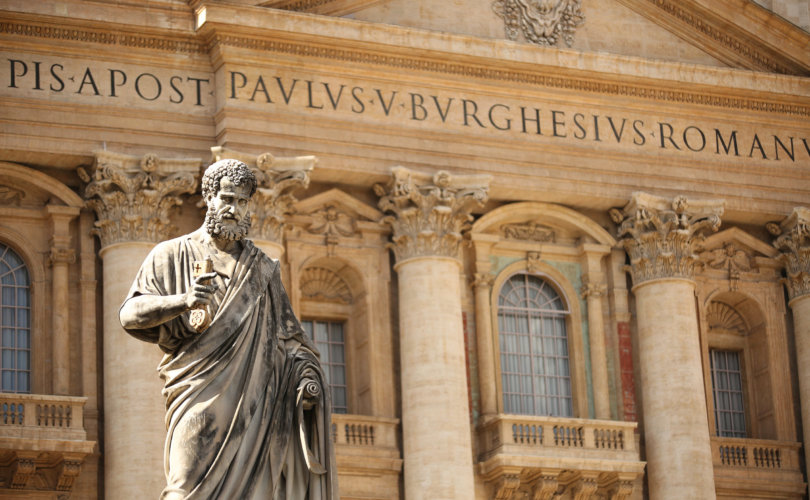 (LifeSiteNews) — As a preacher, it’s always gratifying when you can draw a connection between the week’s readings and current events.

Last weekend we remembered the horror of that terrible day known as 9/11, when Islamist terrorists used hijacked airliners to attack our nation.

Shocking as it was, many people, both at the time and today (20 years later), have tended to view the incident politically, dismissing it merely as an expression of contrast between the worldview of radical Islam and our Western mindset.

Certainly, the contrast is sharp. Radical Islam places severe limits on human rights and individual freedom, while our Western view — inspired by the Judeo-Christian moral tradition — emphasizes liberty and the essential dignity of each person.

In the Gospel passage proclaimed last weekend, Jesus criticizes Peter for objecting to the Lord’s prediction that he will be persecuted by religious leaders and killed. The criticism isn’t mild; Jesus refers to Peter as “Satan.”

Why would he have spoken so harshly to the man who had been his loyal assistant throughout a three-year ministry? Because the Lord knew that Satan is always at work, and that his most formidable weapon is deception.

Clearly, Peter was deceived. He was so blinded to the ultimate good in what Jesus foretold that he failed to understand Christ would rise again, even though the Lord had said it plainly.

There’s a strong element of deception in how we often think about 9/11. That incident wasn’t just a murderous expression of conflicting political views, cultural precepts, or religious philosophies, it was a manifestation of evil. It reflected the fundamentally false idea that God’s will can be done in violence and murder, an idea concocted by the Father of Lies, the Prince of Darkness.

Christ’s submission to the murderous intentions of those who feared and opposed him on religious grounds would demonstrate the falseness of their position in the end. His rising from the dead would cut through all deception.

And so he told Peter, “Get thee behind me, Satan.”

We are living in a time when there is tremendous confusion. Deception is everywhere. Indeed, the Prince of Darkness continues to reign. And it’s important to understand that he works in extremely subtle ways, even as he did in the man who was closest to Jesus.

We’ve recently been shocked to witness the fall of Afghanistan. We’ve seen one of the most disgracefully botched endings of a military campaign in history. But more shockingly, 20 years almost to the day after 9/11, we’ve seen the Taliban return to power.

These are the very men who abetted Al Qaeda in preparing the horrible attack on our homeland. But more importantly, their previous history is entirely one of blood and oppression.

There are those who believe we can negotiate with this regime, that we can guide them toward a more humane approach to governance. Our State Department has expressed disappointment that women weren’t included in the circle of influence and authority, but hopes for greater inclusiveness.

This too is deception. The Taliban are men who do not know Christ, and who therefore do not recognize the dignity accorded to individual human beings, especially female human beings. They are terrorists whose understanding of doing God’s will elevates violence, murder, and the total domination of women and girls.

Unfortunately, in this confusing time, false understanding of human dignity is a problem in our country as well. It’s at the root of our abortion crisis. And it’s on obvious display in Joe Biden’s current push to make COVID vaccinations mandatory.

In his recent address, Biden insisted that forcing people into vaccination “is not about freedom or personal choice. It’s about protecting yourself and those around you — the people you work with, the people you care about, the people you love.”

But this is not true. The issue is precisely about personal freedom and choice, the freedom to choose what we will accept into our bodies, a freedom protected by the Constitution, a freedom acknowledged and defended by the Church.

The government does not own our bodies. They are given us by God to use in glorifying him. We are not to be coerced or pressured into compromising them.

Biden’s forced vaccine initiative contradicts this truth. As such, it’s a violation of human dignity. And no amount of syrupy, guilt-laden appeals to conscience, to protecting “people you love,” can mask the fact that it too is deception.

Such things are the work of the Father of Lies, the Prince of Darkness.

We must draw a lesson from the experience of Peter, and not allow ourselves to be deceived. We must be willing to seek — and speak — the truth, to cut through the confusion, to defeat deception by insisting on what is real.

We must be willing to say: Get thee behind me, Satan.