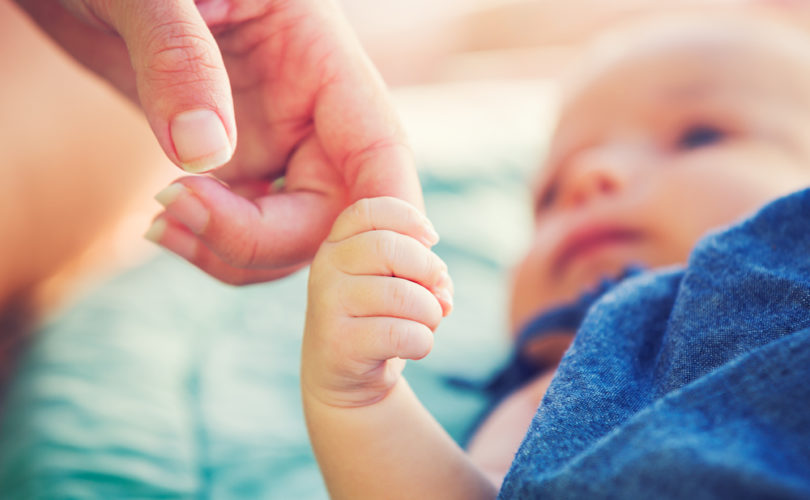 March 7, 2018 (The Public Discourse) – Many people are aware of the tragedy of Charlie Gard in the United Kingdom – the death of a terminally ill eleven-month-old child whose parents unsuccessfully fought hospital administrators who refused to allow them to transfer their gravely ill child to a US hospital for potentially life-saving treatment. The hospital fought so long against releasing Charlie that by the time a court finally agreed to allow an independent medical examination, little could be done to save little Charlie. Not only did hospital officials believe they knew better than the parents what was in the best interests of the child, but they even denied the parents the opportunity to take their child home to die.

This is not an isolated example, but a pattern. Alfie Evans, an eighteen-month-old child in the UK, has been unconscious for about a year. The hospital involved has been unable to diagnose the cause of the coma. After searching for answers, the parents found a hospital in Italy that believes their doctors' medical expertise may allow them to discover the underlying illness. One might logically assume that the English hospital would welcome such intervention. However, as in the Charlie Gard situation, the hospital has now petitioned a court to declare that the best interests of the child involve simply ending his life. Rather than transferring the child out of its control, the hospital requested authority to end its intensive care by turning off Alfie's ventilator, in spite of reports that Alfie exhibits visible signs of life.

Medical Decision-Making in the United States

Many people in the United States probably believe these stories are bizarre examples involving the loss of parental rights in the United Kingdom in particular, and are therefore irrelevant to Americans. The truth is, however, that fundamental rights of American parents to direct the upbringing, education, and care of their children are increasingly being denied in a broad variety of situations, including both medical and educational decision-making. This trend directly negates the importance of families as an underlying foundation of American society.

Professional organizations such as the American College of Pediatricians understand that in the overwhelming majority of cases, decision-making by parents is what is best for children. In 2000, the Supreme Court judgment in Troxell v. Granville (a case involving grandparents' visitation rights) appears to recognize “the fundamental right of parents to rear their children,” yet that split decision has resulted in massive confusion. Numerous American examples exist where parental rights have been abridged, denied, or avoided.

A relatively recent example involves the case of Justina Pelletier, a Connecticut teenager, who, according to her parents, was medically abused for sixteen months by Boston Children's Hospital. It took widespread publicity and constant legal action by her family against the hospital for the teenager to eventually be returned to her parents. Outraged by her alleged mistreatment, the parents sued Boston Children's Hospital in February 2016 for gross negligence and civil rights violations.

In another example, Dr. Kathleen Levinson, who has performed psychological evaluations professionally for forty years as a clinical social worker, believes the eagerness to diagnose autistic children as transgender is both dubious and dangerous. She cites the experience of her own daughter, Ruth, as a prime example. She angrily denounces her daughter's “gender therapist” for authorizing Ruth's double mastectomy without ever looking at her medical history, examining her special education records, or speaking to her therapists. Although the APA recommends a minimum of one year of “gender counseling” before surgery, the gender therapist, based on the availability of $30,000 of insurance money, gave the go-ahead for the surgery after only two counseling sessions. Ruth's incapacities are such that she has a representative payee on her SSDI disability check and fervently believes that her testosterone shots will enable her to “grow a penis.” Her acknowledged mental capacity approximates nine years old. Since becoming “Ryan,” she has been hospitalized several times for complications from the testosterone shots.

Prior to initiating any medical care involving physical mutilation of a minor, or for a minor desiring an abortion, one would assume parental consent would be required. However, in 1975, in Planned Parenthood v. Danforth, the Supreme Court declared that it was unconstitutional to require parental permission for an abortion procedure and that minors had a constitutional right to privacy. This outlandish decision was subsequently modified five years later in H.L. v. Matheson by permitting states to at least require parental notification.

Schools no longer make policies based on the principle that parents control the education of their child. Indeed, parents often lose control of their child's upbringing once the youth walks into his or her school. Once exposed to our educational establishment, the values of many children vary dramatically from those of their parents. In furtherance of this goal, so-called sex education programs are found at all educational levels from pre-kindergarten on up, and often have less to do with education than with indoctrination.

The sexual brainwashing of schoolchildren has been implemented under the rubric of safer schools, claiming to promote diversity and tolerance. Children are taught that homosexuality is always an inborn, unchangeable identity, but that no one is innately male or female. It is totally hypocritical (although clearly part of the “agenda”) to claim that sexual orientation cannot change while teaching that a person's birth sex is fluid.

Increasingly, parents are denied a say in what schools teach. A Lexington, Massachusetts parent demanded that he be informed about the teaching of sexuality subjects and be given an opportunity to opt out his kindergarten child. The U.S. Supreme Court declined to review lower-court decisions that ruled against such a parental right. Compulsory sex education has become a political tug of war between federal courts, which continue to rule that parents have no rights, and state legislators, who are trying to protect parental rights through opt-out or opt-in statutes.

In many school districts throughout the nation, elementary, middle, and high schools have been transformed from community-oriented centers where traditional moral, civic, and scholarly values were nurtured into carefully guarded precincts for the counter-cultural transformation of young and adolescent children. Many college campuses are even worse.

As I have written in a previous Public Discourse essay, the founding fathers of America recognized that the dual foundations of faith and family were the key to establishing this great country. We have abandoned that ideal, founded on principles found in the Seven Noahide Laws, in favor of a culture that has become largely secular and hedonistic.

Because each of the Seven Noahide Commandments has a negative aspect (“Thou Shalt Not …”) while simultaneously incorporating a positive aspect, it is instructive to understand the specific commandment relevant to parental rights that is being abandoned. The positive aspect of forbidding sexual immorality and certain sexual relations is protecting the family unit, the initial building block of communal social life. Family life initiates one into societal life. The stability of the community depends on the stability of the families composing it. As head of the family unit, parents represent on earth the ultimate Father in Heaven.

The sanctity of marriage and family reflects the oneness of G-d and His creations. When we override this structure, we ignore G-d's eternal truths and our own common sense. We are witnessing foundational elements of American society as envisioned by our founders being destroyed. There are consequences for disobeying covenants between G-d and society, illustrated by the many social and emotional consequences attendant on the destruction of traditional family units.

We must return to the universal moral Biblical values found in the seven Noahide laws and reestablish a G-d-centered family-based culture. This can only be accomplished if we who embrace the Abrahamic faiths (Judaism, Christianity, and Islam) form a coalition that abhors social and moral chaos, overthrows our sexually degenerate values, and recalls America to its biblical origins.

An important first step is to pass more parental involvement laws. As the American College of Pediatricians points out, “Intentionally removing a teen's parent(s) from the decision-making process, misleads the teen toward the false notion that parents are nonessential, simply obstructive to the process, and that the teen is completely capable of making mature, wise decisions without the parent's advice.” Parental involvement laws benefit the adolescent, the family, and society, according to a number of recent independent studies. For example, research shows that the enactment of parental involvement laws led to a reduction in the number of fifteen-to-seventeen-year-old females who committed suicide. Another studyshowed that parental involvement laws reduced risky sexual activity among teenage girls, including reduction in the rates of pregnancies, abortion, and gonorrhea for females under twenty. Other studies indicate that parental involvement laws are an important causal factor in reducing the incidence of abortion among minors without increasing birth rates. Such laws have been shown to reduce abortion rates among minors by 13.6 percent. If parental consent is required rather than simply parental notification, the minor abortion rate was reduced by about 19 percent.

Because parental rights are subject to the whims of judges in particular cases, parentalrights.org seeks to create a constitutional amendment to the United States Constitution to enshrine parents' rights, permitting them to control the upbringing of their children and protect them from federal and state interference. Bills have been introduced in each Congress since the 110th Congress (2007-2008). Unfortunately, the amendment has not attracted much support, and the issue whether parents or the government can best decide what is in a child's best interest remains an open question with which American society continues to grapple.

Arthur Goldberg is Co-Director of the American-based Jewish Institute for Global Awareness, former Co-Director of JONAH, Inc. JIFGA sponsors www.fundingmorality.com, a crowd-funding site for those committed to Biblical values. He has authored Light in the Closet: Torah, Homosexuality, and the Power to Change.