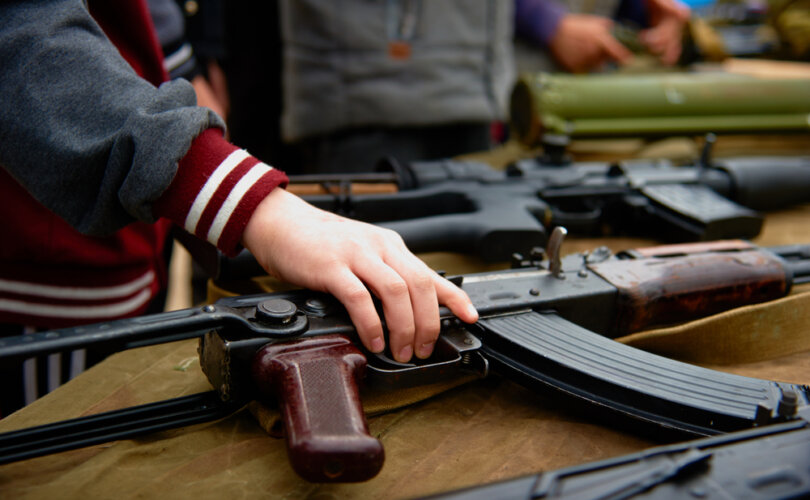 (LifeSiteNews) — Since April of 2022 the U.S. has marshalled the West into a full-throated support of the government of Ukraine, bringing a sharp halt to the peace talks arranged in Turkey at the end of March. Many billions of dollars of cash has been transferred to the Zelensky government, along with significant donations of armoured troop transportation, tanks, and missile launchers.

Some of these systems are presumably supervised by NATO crews in Ukraine, complementing the British and European training given to Ukrainian recruits and serving soldiers. In fact, NATO has been training the Ukrainians for around eight years, as well as advising on the construction of defences. Whilst there is no account of the cost of this long term sponsorship, the aid since April alone in cash and in materiel is staggering, as this comprehensive document shows.

This generous policy towards Ukraine has depleted the armouries of the West, as generals and politicians voice concern about the diminishing deterrent they command. This is one factor, apart from the cash cost, which is giving Western leaders pause.

Yet there is a darker side to the proxy war being fought in Ukraine, and one which threatens the increasingly fragile stability of Europe. It is one that is seldom mentioned, but of which the consequences may be unavoidable. This is the scandal of the missing weapons.

The remarkably candid documentary “Arming Ukraine” states that perhaps only a third of the weapons sent to Ukraine end up on the frontline. In fact, no one knows for certain where the weapons have gone at all. This astonishing claim is made on camera by an arms dealer involved in the distribution of weapons, who opined that it is nothing out of the ordinary. ‘This sort of thing always happens,” he said, blithely rejoining that he does not care where the weapons go.

Later in the film an unidentified underworld figure is captured on video purchasing some Javelin anti-tank missiles. Along with the many thousands of machine guns, rifles, and pistols (together with their ammunition) there are shoulder-launched missiles systems, grenade launchers, and even Stinger anti-aircraft missiles. These are designed to launched from the ground by one man to destroy helicopters and jet aircraft.

Thousands of heavy weapons capable of destroying tanks and aircraft have vanished into the criminal underworld of Europe, along with hundreds of thousands of artillery rounds and bullets. This has handed to the terror and crime networks of the continent the means to fight a small war, and its absence from the media will do nothing to correct its presence in reality. So far, no investigation has been announced into this matter, nor has any attempt been made to track the weapons sent to Ukraine, which are still arriving in high volume.

The CBS documentary which detailed these shocking claims attracted strong criticism, being described as Russian propaganda. Naturally, an apology followed, with the documentary then being taken down. No one talks about arming Ukraine in anything other than glowing terms. There is no interest in finding out about nor in fixing this scandalous and dangerous own goal.

The rapidly retracted CBS documentary reminded us that journalists used to be reporters – people who probed and found out about things, and then came back and told us about them. When CBS originally released its shocking film, it was as if the ghost of journalism past had briefly taken hold of the airwaves, before the vengeful spirit of the present demanded it was downplayed before being disappeared.

It is worth repeating the point that we live in a time when our journalists apologize for reporting the facts. These facts are not a mere point of view, but concern the arming of the criminal and terrorist element on the European mainland. Anyone with the money can now arm themselves to the teeth.

Why has so little been said about this appalling mess? Lindsey Snell and Eva Bartlett have investigated many shadowy aspects of the war. Their reward is to feature on the U.S.-funded Ukrainian “kill list” Myrotvorets (“Peacemaker”) upon which Pink Floyd’s  Roger Waters, Professor John Mearsheimer, freelance video journalist Patrick Lancaster, Hungarian Prime Minister Viktor Orbán, and other writers and academics also appear.

Some journalists formerly on this list are now dead. The address of Langley, Virginia, appears on this Ukrainian security service website, a clear indication of CIA affiliation. Here is a report from 2020 detailing the UN’s concerns about this “digital blacklist of the enemies of Ukraine.”

It is understandable that information should be tightly controlled in wartime, yet there has been no declaration of war with Russia. We are not at war. There is no popular consent for the repression of reportage and for the outrageous enabling of the violent intimidation of journalists – or of anyone in public disagreement with today’s official line. The facts and the people who report them are casualties of the information war, which has been declared and prosecuted upon all of us, regardless of consent.

The leakage of arms from Ukraine – once described as a “supermarket” for illegal weapons – has a precedent, as this report from 2016 shows. Recently it has been suggested by the German “Journalist Free Corps”  that arms are traded on social media platform Telegram by Ukrainian personnel themselves. In this report two Ukrainian servicemen are shown attempting to sell two Stinger missiles in Germany. The head of Interpol expressed concerns in June over the issue, but the answer has been silence.

Who can reasonably defend the notion that two-thirds of all the bullets, bombs, and missiles sent have been sold on the black market? The situation smacks of a policy pursued regardless of the cost. That cost is coming home, in cash terms, in arms shortages, and most shockingly in the likely escalation of terrorist atrocities in Europe. These weapons may prove to be a seriously destabilising factor in our increasingly fragile societies.

There can be no question that an investigation into the matter of the vanishing weapons sent to Ukraine is in the public interest. Instead of being buried it should be pursued with determination until these dangerous weapons are recovered. Who is responsible for this mess? The fact that this is not news is very bad news indeed. Without action, it may get much worse.