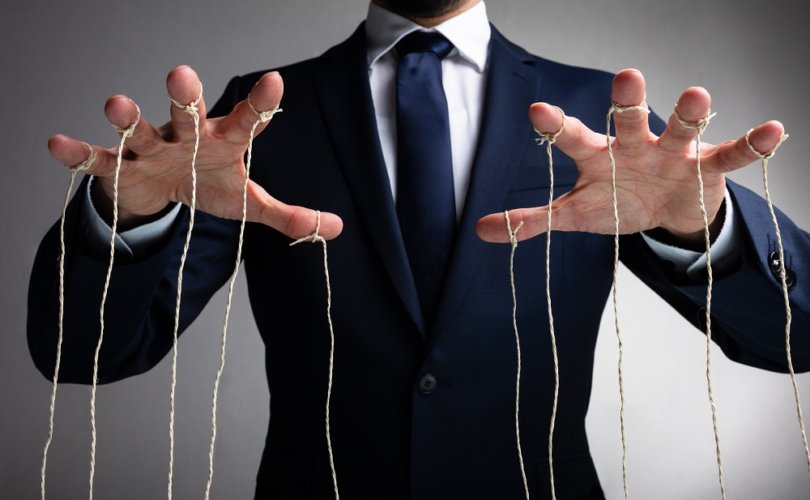 September 10, 2019 (American Thinker) — Every society has always been controlled by a small portion of the population. These leaders of society have been called by many names; today, they are often called the elite. In modern free societies like the United States, there is more economic mobility so that some of the elite are individuals who were born in poverty, but there is still an elite even in societies that are founded on equality. There is still a small portion of society who have much greater influence than everyone else.

Today, there is globalism. This is the “new world order.” The elite of today believe that it is in their best interest and everybody's best interest if they can end nationalism and come together as one big global family. This coming together has not been a global coming together of all people; it has been a coming together of only the elite in many different nations, and they have been joined by a shrinking portion of the common people who are still under their influence.

The elite of the U.S. and Europe have aligned themselves not only with each other, but also with the elite of China and the Middle East. They have intertwined the world economy to such a degree that decoupling seems impossible. They are promoting open borders. Since they believe that humanity is becoming one big happy family, it makes sense that they have never noticed any potential problem with the move of manufacturing to China. They facilitated this move. The working people in the West have been devastated by the loss of manufacturing jobs, and they are increasingly turning against the elite.

The elite don't seem to realize that globalism is almost exclusively a Western movement. The Chinese and the Muslims are not actually singing “kumbaya,” but are only moving their lips.

China is like one big slave plantation, and the Chinese government has used its control over its own economy and the manipulation of the currency to take control of world industrial production. This has made China the world's greatest industrial and economic power, but it's an economic power with an enslaved working class who are able to consume only a portion of the goods they produce. The surplus Chinese production must be sold to the working class of America, who have been decimated by the loss of manufacturing jobs. This has created an unsustainable world economy.

We have transformed China from a Marxist totalitarian regime to a fascist totalitarian regime, and a fascist regime that is solidly nationalist. The U.S. should have stood up to China years ago. It's too late now. China controls industrial production, and the U.S. borrows a trillion dollars a year just to maintain a “post-industrial” economy where most people live from paycheck to paycheck. Yet our political and media elite still don't see any problem with opening our markets to China, just as they still think the Muslim Brotherhood is a secular organization that supports freedom and equality.

Our elite enthusiastically supported the Arab Spring, believing that it would bring about freedom and democracy in the Middle East as part of the global march to peace and unity. They believed this because this is what their friends in the Muslim world told them. The “Arab Spring” was actually an Islamist movement heavily influenced by the Muslim Brotherhood. It was a movement to overthrow secular dictators. There were some secular reformers trying to hijack the movement, but they never had a chance.

It is the Islamist elite of the Middle East who befriended our elite and convinced them to support the Arab Spring. The Islamist elite have convinced our elite that they must silence all critics of Islam. They have convinced them that this is way to stop terrorism, since criticism of Islam is used by the terrorists for recruitment. Mean-spirited criticism of Islam or Muslims can obviously be used by Islamic terrorists for recruitment, but the jihadists do not repeat legitimate criticism of Islam. They merely try to kill the person who says it.

Amazingly, the Islamists have also convinced our elite that we should shine a spotlight on all attacks on Muslims. When an inebriated passenger stabs a Muslim cab driver, or when a school official calls the police because a Muslim student brought a bomb to school, our elite are convinced that the way to respond is to put it on the front page, make it the lead story, shout it from the rooftop. Yet, clearly, events like these can be used by the terrorists for recruitment. This doesn't make sense until you realize that our elite will believe what they are told by their friends. Their friends, the Islamist elite, want to magnify attacks against Muslims in order to encourage Islamic terrorism, but they want to silence critics of Islam since legitimate criticism of Islam can weaken the faith, including the faith of the terrorists.

Our elite are convinced that attacks on Muslims like the one in Christchurch should receive a great deal of attention because an act of violence against Muslims could never be used for recruitment by Islamic terrorists, unlike legitimate criticism of Mohammed, which the terrorist would never repeat.