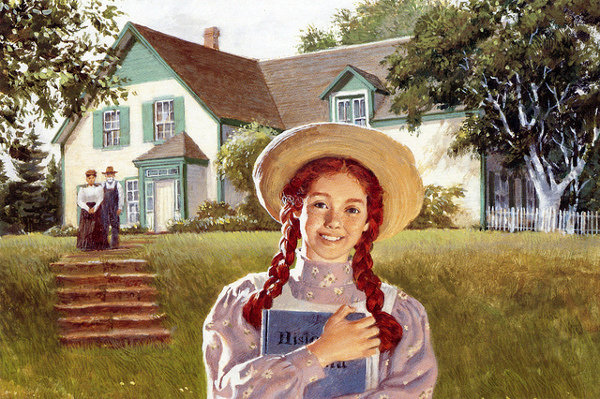 The world-wide abortion lobby is setting its sights on the abortion-free Canadian province of Prince Edward Island (PEI), home of fiction’s most spunky life-loving heroine Anne of Green Gables, by means of an international abortion conference in August.

With over 70 women presenting pro-abortion papers — and only one man — it will be a radical (anti) feminist pro-abortionpalooza.

But don’t be tricked into thinking “Abortion: The Unfinished Revolution” is some objective academic conference since it’s happening at the University of PEI. The 46-page online program reveals nothing but hurt and angry women campaigning to remove political and social hindrances to a mother killing her pre-born daughter or son inside her womb, for whatever her reason may be. This conference isn’t about human rights or equality, but about taking a way the most fundamental right — the right to life — from a class of people, the pre-born.

Presenters at the conference are concerned about women accessing ‘safe’ abortion. But aren’t they forgetting someone here? Abortion is never ‘safe’ for the baby. Decapitation, mutilation, and suction destroy a life. Such a conference doesn’t promote civilization, but a return to barbarity.

Women subscribing to pro-abortion (anti) feminism lose out on what makes women so exquisitely magnificent. The ability to help create a new life and to nurture that life in your very own body is mind boggling, when you think about it. Fertility is something to be revered, not something to shut down with hormone-altering pills. Pregnancy is something absolutely astounding. How awesome is it that the pregnant woman not only becomes the living tabernacle for the new life growing within her, but she nourishes that life with her very own body?

I wish someone like Montgomery’s Anne of Green Gables, who is the personification of optimism, resilience, and the belief that humanity is essentially good, could address this conference with all her vigor, enthusiasm, and love-of-life.

Anne would tell them, as she says in the book, “Life is worth living as long as there's a laugh in it.”

She’d tell them that even an abandoned baby such as herself — an event that almost made her life into a “perfect graveyard of buried hopes” — can be adopted, loved, and made to be happy.

Abortion leaves no “scope for imagination,” she’d say, since it tragically cuts off at its first beginnings a life filled with infinite possibility. She’d tell them every human life brings something beautiful into the world, making life something to cherish. She’d tell them the “dear old world” is “very lovely” and she’s “glad to be alive” in it.

Anne, who became a mother of seven, might tell the academics that killing pre-born children inside the womb is the most anti-woman action possible since it robs a woman of her motherhood and overrides her natural design as a life-giver and nurturer of new life.

She’d say a mother and her pre-born baby ought to be “kindred spirits” because of the intimacy they share.

Perhaps the highly educated (anti) feminists could learn a thing-or-two-thousand by reading the stories about dear Anne, beloved the world over. But would they have the imagination Anne cherished so deeply to think outside their pro-abortion box?

LifeSiteNews journalist Pete Baklinski has a B.A. in liberal arts and a masters in theology. He is married to Erin. They have five children.

Activists to plan abortion ‘revolution’ at international conference on PEI