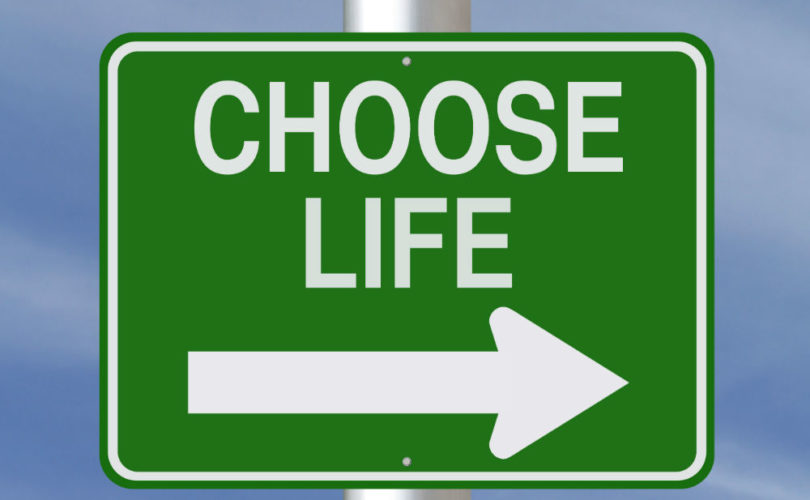 “What do you think about abortion?” I asked a man walking in Vancouver’s busy downtown core last weekend.  He responded by identifying his origins: “Well, I’m from the Philippines,” he said. “And abortion is illegal there.”  It seemed like he could be on the right track—until he continued: “But now that I live in Canada, where abortion is allowed, I think that’s the way to go, to allow it.”

And so ensued a brief and civil conversation where I asked him if he believed in human rights—he did.  Then I pointed to the abortion victim photography on display and we discussed how abortion violates a human’s rights.  It didn’t take much back and forth before he admitted that abortion was wrong after all.

Days later, as I reflected on our exchange, what struck me most was not his change of mind—it was his non-verbal cue when making that change of mind: He quickly looked around, left and right, eyes darting; he lowered his voice, and as though he was afraid of anyone around hearing, he told me the pro-life position made sense.  Was he fearful of someone’s reaction were they to hear him express an anti-abortion position?  I can’t know for sure, but it certainly seemed that way.

And that lead me to pondering the following: Who do you think experiences more fear: the doctor, nurse, pharmacist, or teacher found to be for abortion or found to beagainst it?  Sadly, I think more are afraid to be found against abortion than to be found in favour of it.  Why?

Whatever the case, it’s not that any of those fears are irrational.  They are certainly understandable.  The question, though, is this: What do we do about them?  Do we control the fears?  Or do the fears control us?  It seems to me that the stirring of such fears should be seen as an opportunity to have a perspective change.  In other words, maybe we cannot eliminate fear entirely, but we can change our perspective about what, exactly, we’re afraid of.  Consider the Hebrew midwives who feared God more than they feared man, and refused to heed the King of Egypt’s command to kill newborn boys.  In fact, their decision reflects the consistency between two seemingly contradictory statements: “Fear the Lord” and “Be not afraid.”

In the last speech Dr. Martin Luther King, Jr., gave before he was assassinated, he spoke about fear, particularly fear experienced by travelers on the dangerous road to Jericho in the Parable of the Good Samaritan.  He said:

“Now you know, we use our imagination a great deal to try to determine why the priest and the Levite didn't stop… I'm going to tell you what my imagination tells me. It's possible that those men were afraid. You see, the Jericho road is a dangerous road…It's a winding, meandering road. It's really conducive for ambushing…In the days of Jesus it came to be known as the ‘Bloody Pass.’  And you know, it's possible that the priest and the Levite looked over that man on the ground and wondered if the robbers were still around. Or it's possible that they felt that the man on the ground was merely faking. And he was acting like he had been robbed and hurt, in order to seize them over there, lure them there for quick and easy seizure. And so the first question that the priest asked—the first question that the Levite asked was, ‘If I stop to help this man, what will happen to me?’ But then the Good Samaritan came by. And he reversed the question: ‘If I do not stop to help this man, what will happen to him?’”

That is the transformative power of perspective.  Likewise, we should be not afraid of what our speaking up will do to ourselves; rather, we should be afraid of what our silence will do to the voiceless.  Moreover, when we look at things in this different way, fear itself seems to dissipate and instead make room for love which, as C.S. Lewis once said, “is a steady wish for the loved person's ultimate good as far as it can be obtained.”