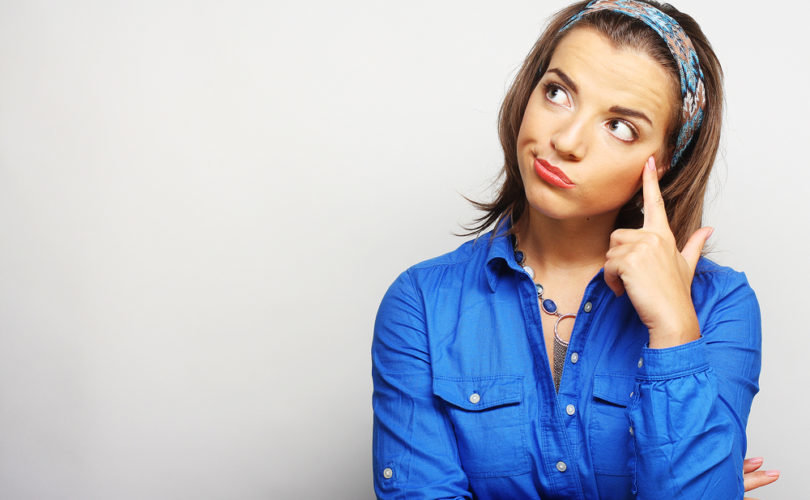 Abortion and pornography are, in different ways, the extreme of what we get when we stop treating sex like something sacred or important. The dictionary definition of the verb “pervert” means to “alter (something) from its original course, meaning, or state to a distortion or corruption of what was first intended.”

And in case you’re wondering, I won’t go to bachelorette parties if they involve male strippers. For one, respect is a two-way street. I don’t want to objectify a dude, even if he likes it. And for two, gross.

My home is a porn-free zone. You can roll your eyes and think I’m deluded, but I trust my husband, and moreover, I married a guy who shares my values, and who is concerned that what was once thrilling – Betty Grable in a short skirt and tight top – is now not enough.

Where soldiers used to pin up photos of scantily-clad, smiling, wholesome, Marilyn Monroe-type gals, they now go for silicone-enhanced, spread-eagled, air-brushed hoochies with hair extensions and false eyelashes and three pounds of eyeliner, replete with strategic bleaching and waxing, all splayed out, nothing left to the imagination. It’s more than offensive; it’s also aesthetically troublesome. It says not only that we are amoral, but that we are just, well, trashy.

But, ladies, we need to make a stand. We need to refuse to accept the menace of pornography in our lives. No matter what the fauxminists say, the sex trades do prey on women. They do hurt women.

It isn’t. We should know better.

As women, if we’re going to demand respect, we need to give it. A culture of life starts with respecting human beings enough to say no – not only to their killing as unborn children, but to their degradation as adults. We need to recognize and reject the perversion of sex and the objectification of humans that leads to abortion.

To build a culture of life, we have to say NO – unapologetically – to pornography.