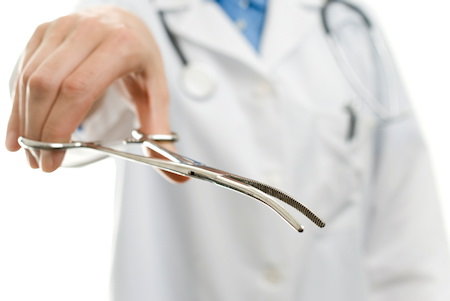 June 10, 2015 (LifeSiteNews) — When people think about the effect of abortion on an individual, they often think about the physical or psychological effects that happen to the mother. It is rare that people would think about doctors, nurses and other staff involved in an abortion.

Many abortions are performed quickly, clinically and as uneventfully as possible. However, abortion doctors and staff must deal frequently with abortion matters such as disposing the remains, dealing with distressed women and controversy. We should expect harm.

When Bernard Nathanson was asked, “How could your conscience and ethical training have allowed you to perform abortions?” He replied that neither he nor his colleagues “had the solid inner core of spiritual strength necessary to remind us of the enormity of the evil we were perpetrating. “

The Catechism of the Catholic Church states that “Sin creates a proclivity to sin; it engenders vice by repetition of the same acts. This results in perverse inclinations which cloud conscience and corrupt the concrete judgement of good and evil.”

We become what we do. Doing wrong harms oneself just as much as it harms others. Abortion can harm more harm to those who practice it than to those who suffer from the injury. Damage can be done to another person even if that person is unaware of it.

An abortionist who performs abortions solely for money not only manipulates himself by using medical skills to serve a lower goal, but uses his patients by treating them, not as ends in themselves, but as sources of money.

Patients can also manipulate the doctor by using him to solve personal social problems. Thus the endemic mutual using of the persons involved is complete.

Both medicine and motherhood are vocations. If a vocation is followed or falsified, will have profound effects on one’s identity. Abortion therefore negatively affects moral character through falsification.

Abortion proponents self-justify their beliefs by adopting pro-abortion arguments as a defence. They then suppress their conscience through believing their own rhetoric. Their thinking is corrupted by actions as brittle thinking crumbles into doubt.

Carol Everett, an ex-abortion centre director said, “I started to believe my own rhetoric.” David Brewer and ex-abortionist said “Physicians are manipulated into going against their consciences and performing abortions, all in the name of helping women.” Dr Bernard Nathanson said, “When one is caught up in revolutionary fervour, one simply does not want to hear the other side and filters out evidence without realising it.”

Kathy Sparks, and ex-abortion centre worker said, “Sometimes we lied. A girl might ask what her baby was like at a certain point in pregnancy. Was it a baby yet? Even as early as twelve weeks a baby is totally formed, he has fingerprints, turns his head, fans his toes, feels pain. But we would say, ‘It’s not a baby yet. It’s tissue, like a clot.’”

A study of ex-abortionists (Ney and Peeters, 1997) showed around 40% had problems with substance abuse. Bernard Nathanson has said that substance abuse, sexual perversion and alienation from life is rampant among abortionists. In 2003, a US abortionist was convicted of 22 counts of sexually abusing patients.

The negative effects on abortionists often appear during the exit from the abortion industry. Beverly McMillan, an ex-abortionist said, “I began to detest what I was doing. More than that, I began to detest myself. I even entertained thoughts of suicide.”

Joan Appleton, an ex-abortionist, spent several years drinking, on drugs and attempting suicide. Such reactions are not atypical of others who have left abortion field. She said, “You do badly in relationships. You begin to get a little mentally ill.”

Dr Bernard Nathanson was a pioneer of abortion in America and a leader of the abortion rights campaign before 1973. He performed 5,000 abortions (including his own children) and was responsible for 60,000 abortions. He had problems with substance abuse, relationships and depression.

He slowly became pro-life after seeing an abortion via ultrasound. He admitted lying about the number of abortion deaths before Roe. After his conversion he wrote books and produced documentaries.

During the decade that Nathanson experienced a change of heart he said that he had performed many thousands of abortions on innocent children and failed those whom he had loved. He spoke of “existential torment… unremitting black despair… considering suicide, alcohol and tranquilizers.”

Nathanson said that, “I had become as Hannah Arendt described Eichmann: a collection of functions rather than an accountable human being.”

A survey of former abortionists (Ney and Peeters, 1997) said that 100% felt moderately or completely dehumanised. Norma McCorvey, ‘Roe’ of Roe v. Wade said, “Please understand, these were not abnormal, uncaring women working with me at the clinic. We were just involved in a bloody, dehumanizing business, all of us for our own reasons… It’s not easy trying to confuse a conscience that will not stay dead.”

Carol Everett had 3 abortions, had an affair, a drinking problem and left her husband. She worked as an abortionist, opened her own abortion centres and profiteered from unethical business practices. She was converted by a Christian preacher and exposed the abortion industry as all lies. She said, “The abortion clinics never accept any responsibility for complications. They just say it was not their fault. The concern is not the patient at this time. The concern is with taking care of the doctor and keeping his reputation and the clinic’s reputation clean.” The documentary “Blood Money” describes the endemic deceit and malpractice in the US abortion industry. It includes testimony by ex-abortionists.

Abby Johnson was the Director of a Planned Parenthood centre. She was pressured to increase abortion numbers to boost business. She assisted with ultrasound guided abortions. She left the abortion industry and joined the pro-life movement. She also revealed her own abortions.

Dr Kermit Gosnell was a Philadelphia abortionist accused of running the most bloody and sordid abortion business ever recorded. His track record included numerous infanticides, deaths of, and injury to women patients, running a filthy clinic, storing bodies of babies in refrigerators, including next to juice and keeping a collection of severed baby feet in jars.

Live Action has covered out a number of undercover sting operations on abortion centres, led by Lila Rose. They have revealed complicity in underage sex trafficking and a whole string of violations by abortion centres.

However, such a vice as serial killing of the innocent does not result in absolute and irrevocable corruption of human nature. The pro-life movement should develop outreach to both current and former abortionists, not for any strategic or political gain, but out of genuine and hopeful concern for their personal and moral wellbeing. Abby Johnson now runs a ministry called, “And then there were none.”

Human Life International have prayer cards for abortionists, calling for St Michael the Archangel to “come to the rescue of men whom God has redeemed at a great price from the tyranny of the devil.”