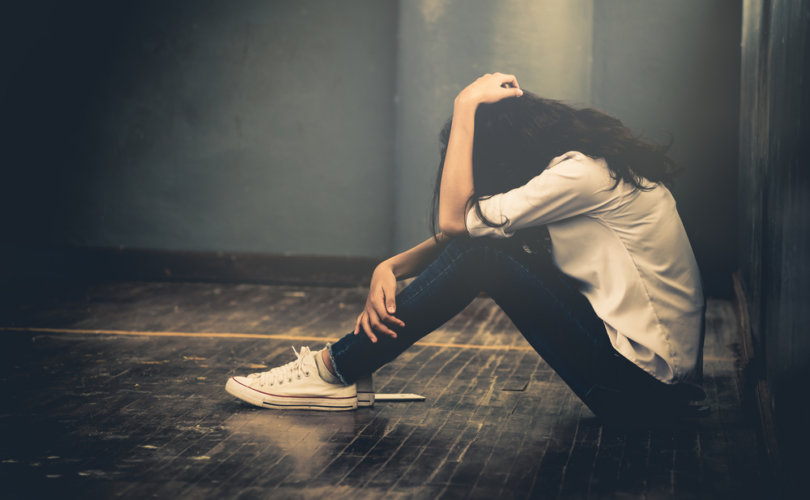 April 28, 2020 (LifeSiteNews) – It was a beautiful, crisp Saturday morning in the South in late February. My wife and I were on a short drive north to a nearby parish to participate in a retreat. As two of the older instructors in our small rural parish's Faith Formation program, we had been asked to attend the retreat as its representatives. Planned for eighth and ninth-grade students, the purpose of the retreat was to instruct and properly prepare these teenagers to receive the Sacrament of Confirmation.

Expecting to serve as a general chaperone, I was instead assigned to be the sole facilitator for one of the small groups. The topic of the small group discussion was “Hard Teachings of the Faith”, and the challenges that Catholics will encounter in the secular culture for those beliefs. I fully embraced the topic, viewing it as a special opportunity to educate these young Catholics about the absolute truths and beauty of the Faith. However, I never anticipated the surprise that was awaiting me.

My group consisted of nine students, six girls and three boys, ages 13 -16. The last student to enter was a young girl with close-cropped hair and pretty brown eyes. She sat down in a chair near the front of the classroom, on my left, less than ten feet from me.

During the fifty minute session, I attempted to cover in a broad way the Church's teachings on marriage, premarital sex, priestly celibacy, homosexuality, and abortion. There was limited but appropriate back and forth between myself and the students. I felt good about the interaction — until the surprise came.

At the very end of the session, when I asked if there were any final questions, the girl who was the last to enter, and who had been quiet but attentive until that moment, stood up and declared: “I'm transgender.”

Caught completely off guard, and as the other students applauded, I thanked her for her courage and honesty. However, there was no time remaining for further discussion. Time had run out. As the students emptied the classroom and headed back to the general assembly, I managed a few brief words with the girl. I did not know her last name, and have neither seen nor spoken with her since the retreat.

The inadequate response on my part haunted me. It felt as if I failed the girl, both morally and spiritually. Yet given the circumstances of limited time, the Church's strict guidelines on interactions of any kind between an adult and a student, the absence of her parents, and the group setting, even now, almost two months later, I am not certain what would have been the best way to respond to her announcement.

After much thought and prayer, I wrote a letter to the girl. It stayed on my computer for several days, its fate uncertain. One week later, I contacted officials at the school she attends. The individual I spoke with immediately knew who the girl was. Eventually, after several calls and emails, I requested the school seek permission from the parents to forward the letter to the girl. The school notified the Pastor of the parish associated with the school of my unusual request, and then the Pastor contacted an official with the Diocese for approval. About three weeks later, I was informed that permission had been granted and that the letter had been shared with the girl's parents.

I would have told her…

Here is what I would have told that young girl if I had the parents' prior permission, and if there had been adequate time and a private setting to discuss such a sensitive and personal issue.

I would have told her that she was very bold to speak in our group about her struggle with gender.

I would have told her that despite the otherwise calm outward appearance that all is well, she was not very successful in disguising the suffering she was experiencing.

“For a teenage girl who apparently feels trapped in the wrong body, it must be terribly confusing and painful. Your soul must ache for peace,” I would have said.

“Gender dysphoria is a very heavy cross to bear. You may feel alone and abandoned. As you mentioned, this personal crisis is further exacerbated by the unexpected bullying by fellow students and other Christian friends, and undoubtedly compounded by a perceived lack of understanding and acceptance from others you had trusted. I am so sorry,” I would have told her.

I would have told her that it would not be merciful for me if I were to lie to her.

“To shield you from God's truth would be dishonest and cause much greater harm to you over time than any words a bully could ever utter. Amid the myths of the modern secular culture, you deserve to hear the truth about gender fluidity from responsible and empathetic adults with wisdom and a strong Catholic faith, individuals who care deeply about you as a person and who are equally concerned about the fate of your eternal soul,” I would have said.

“So, here is the hard truth. The culture is badly mistaken. You have been misled. You can neither choose nor change your gender. The science is clear. Although the physical body can be altered by medications and surgery, it is impossible to change one's biological gender,” I would have told her.

I would have let her know that the Catholic Church's teachings are in concordance with science.

“The Church teaches there are only two genders — male and female — God-given at the moment of conception, and immutable. For you, and for the many others led astray by the lies of the culture, this is a difficult truth to accept. It may leave you feeling angry and more confused. Yet it is the truth. Gender can neither be chosen nor changed by the work of human hands,” I would have told her.

I would have suggested that she pray because prayer has the singular power to heal the soul.

“Pray unceasingly that God will hear your voice, end the confusion, heal the suffering, grant you His lasting peace, and shower you with His infinite mercy, love, and grace,” I would have told her.

I would have suggested that she go to Mass often and receive the Healing Power of the Holy Eucharist.

“Pray the rosary. Ask the Blessed Mother to intercede with God on your behalf. Pray to Saint Michael the Archangel to defend you in this epic spiritual battle for your eternal soul. Attend Eucharistic Adoration and pray in the presence of The Lord. Place your complete trust in Jesus Christ, your Lord and Savior, to comfort and heal you,” I would have told her.

I would have told her to seek both professional assistance and spiritual guidance.

“Avoid the temptation to seek care from someone who will only tell you what you want to hear, rather than what you need to hear for true healing and personal salvation,” I would have told her.

I would have strongly advised her against succumbing to the lure of hormones or surgery.

“They do not deliver what they seductively promise. Neither treatment heals the suffering soul; they disfigure and/or mutilate the body, and would only add to the torment and pain,” I would have told her.

Finally, I would have told her to not ever lose hope.

“God loves you unconditionally. In His eyes, you are beautiful just the way you are. Remember that you are a child of God, created in His image and likeness. Ever present at your side, your Guardian Angel stands vigilant and steadfast, ready to protect you from any and all spiritual harm.”

“You are being called to be a Saint. It is your destiny. May God ease your suffering. May the Lord bless, protect, and guide you all the days of your life.”

Pray for this girl

Only God knows how this girl’s story will end.

Although the girl's parents had knowledge of my phone number, they never attempted to call me. The Catholic School that she attended closed shortly after the retreat because of COVID-19 and the shutdown. An official at the school reported there had been no further contact with the girl, and none was anticipated.

As an eighth-grader, this was her last year at the school. Since there is no Catholic High School in the area, the girl will probably attend the local public high school in the fall. There her transgenderism will be celebrated.  Even if she experiences second thoughts about her new chosen sexual identity, peer pressure from “friends” may make it difficult for her to reverse the decision.

Similar to this girl, many confused children are being sacrificed on the altar of the modern secular culture. To counteract the lies of the culture, the Truth must be boldly proclaimed. Parents, please speak to your children. Be empathetic but clear. Gender can neither be chosen nor changed by the work of human hands. Children need to hear the truth from you. It is your parental and moral responsibility.

Please pray for this girl, her parents, and all those affected by the evil plague of transgenderism.