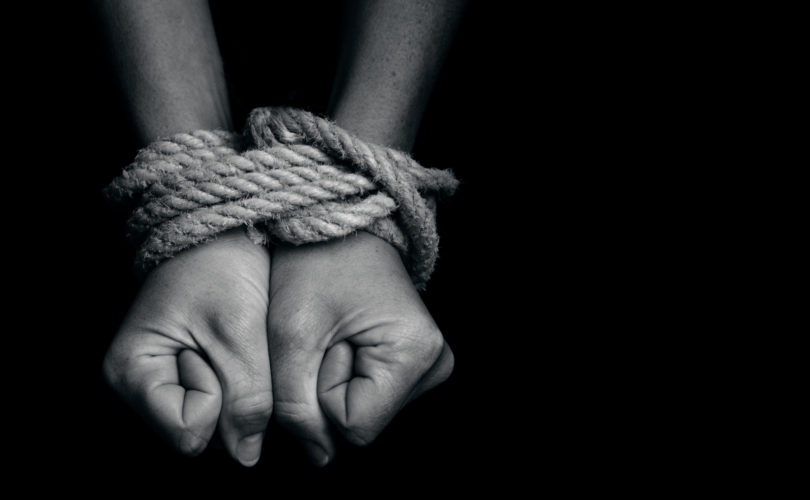 June 17, 2015 (LifeSiteNews) — A seven-month pregnant gang rape survivor has been denied a late-term abortion by the Gujurat high court in India. Amnesty International and the International Planned Parenthood Federation regularly use such stories to demand the legalization of abortion through all nine of months of pregnancy – not only for rape, but for any reason. Rape is just the key to pry the abortion door wide open.

But what if you learned the rest of the story? What if there is more to these stories than is initially being reported?

This particular pregnant rape survivor’s treatment is amongst the worst I’ve ever read or heard. But in its brutality, it demonstrates that abortion is not the answer, how we need a global cultural shift about how pregnant rape victims are treated, and how a child conceived in rape should be welcomed and accepted.

According to the petition for abortion, the married 24 year old from Botad, India, is the mother of two other children. She alleges that, after a brutal gang rape, her husband abandoned her and wanted her to terminate the 28-week pregnancy at any cost. But two months later, ready to deliver, her husband has decided to stand by her. Her in-laws have shunned her, and because her husband is standing by her, he is now outcast from his own family. She now says that part of her wanted to keep her unborn child all along.

As with most pregnant rape survivors, she didn’t really want the abortion to begin with, but was under pressure from those close to her — and in this case, from between 100 and 200 members of her community, who will determine her fate!

Her community is requiring her to go through a “purification ritual,” a test with a “tantric” – a type of high priest known for black magic. Tantrics have acted as administrators long before the courts and police were ever established.

The ritualistic test involves the tantric interrogating the rape victim, then testing her veracity “by taking a pinch of barley seeds from a bag and asking her to say whether the number of seeds in his hand are even-numbered or odd.” She is then repeatedly subjected to this process, including with a 10-kilogram stone upon her head, which must remain in place until the tantric is satisfied that she is telling the truth.

This ritual can reportedly take months to complete, under the belief that a Goddess will reveal the truth. If in the end, the rape victim passes the test, then no one can banish or condemn her; if not, then she is considered “impure” and is ostracized from the community, along with her extended family members.

Her own parents are supporting this purification test out of fear for what will happen to them and their two other, unmarried children once she gives birth to this child conceived out of rape. If the tantric doesn’t clear her, then her siblings will never be given permission to marry.

Not only does she have to endure this grueling process within her community, she is also currently seeking help from the Chief Minister of a law enforcement agency because she says that the local police is protecting her primary rapist who held her captive for 250 days, eight months, because he is wealthy and influential. Thus far, she has not been able to obtain justice through law enforcement. Not only has he not been arrested, but she and her mother received threats from his bodyguard. When denying the abortion in mid-April, the High Court judge did grant her and her family police protection.

Despite these setbacks, the Court has appointed a “Collector” to “ensure that proper medical facilities are provided,” that “the child is delivered safely,” and “shall also see to it that after the delivery, the child is looked after well and is not abandoned in any manner. If necessary, the Collector can avail of the services of any NGO or any other government social organization in any manner.”

The language from the High Court is encouraging, but India has a deplorable track record in obtaining any justice for rape victims.

This February, while the victim in this story was in captivity, the Supreme Court of India sparked international outrage when it ruled that there is no such thing as marital rape in India – a nation where daughters are sold to the highest bidder because dowry is still practiced and marriages are commonly arranged.

Hearing this, her rapist obtained her thumbprint on a notary, and used a tantric to pronounce her married to the rapist. None of those involved – from the notary to the tantric to the multiple rapists – have been arrested or even sought and named by the local police.

Yet, while the rapist and his accomplices run free, many would argue that the innocent child should have been punished by being put to death. The relevant law in India is the Medical Termination of Pregnancy Act (MTPA), which does not permit abortion beyond 20 weeks on the grounds that late-term abortions are dangerous for a woman’s health.

Gujurat High Court Justice J B Pardiwala cited the fact that her life would be in peril with a 28-week abortion. “A child in her womb by a woman as a result of conception through an act of rape is not only extremely traumatic for her but humiliating, frightening and psychologically devastating and as a human being, more particularly in the Indian society, she becomes an object of scorn and ostracization. This is very unfortunate,” the justice said.

But this justice recognized that abortion is not the answer, and he took the necessary steps to see that she would have dependable health care, and that the child would be nurtured and protected. That is the solution.

Can you imagine if instead of enacting laws with rape exceptions, American legislators instead passed laws providing for special medical care for the delivery of children conceived in rape, and for the appointment of someone like the “Collector” in India who would ensure that these children and their mothers are properly cared for and not ostracized or abandoned? That’s the answer.

Rebecca Kiessling is an attorney and international pro-life speaker, conceived in rape. She’s the founder and president of Save The 1 and co-founder of Hope After Rape Conception.