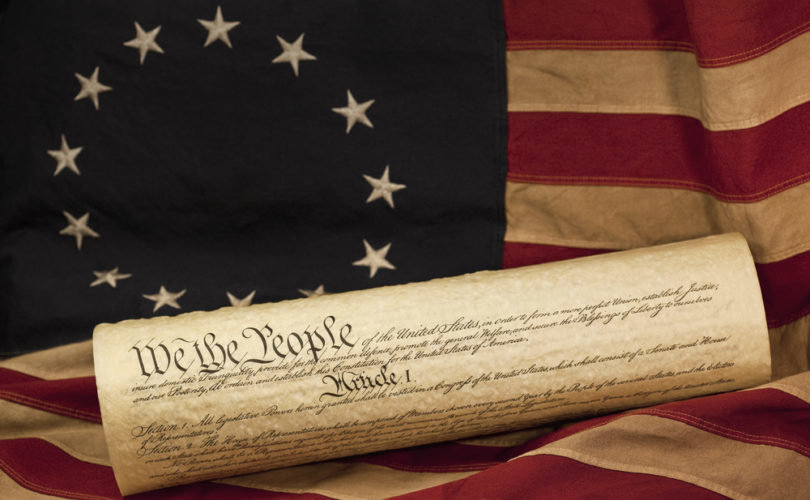 Cuomo added that the idea of God-given rights is “your faith [and] my faith, but that’s not our country. Our laws come from collective agreement and compromise.”

I can’t help but wonder which country Cuomo is referring to. After all, the Declaration of Independence, by way of justifying the enormous steps the Founding Fathers were about to take, states “We hold these truths to be self-evident, that all men are created equal, that they are endowed by their Creator with certain unalienable Rights, that among these are Life, Liberty and the pursuit of Happiness.” And “That to secure these rights, Governments are instituted among Men . . .”

These words, which previous generations of American school children were made to memorize, set forth an order that is 180 degrees from that suggested by Cuomo: first comes the Creator, who then endows his creatures with “certain unalienable rights,” and then the creatures form governments to “secure those rights.”

In essence, Cuomo is resorting to a kind of legal positivism, that is, the idea that “law is a matter of what has been posited,” something “ordered, decided, practiced, [or] tolerated,” and is not based on any deeper truth.

But that approach has serious flaws—as our own history bears out. In the run-up to the Civil War, for example, defenders of slavery appealed to the text of the Constitution, which permitted slavery without mentioning it by name. Opponents of slavery, or at least those against its spread into the territories, such as Lincoln, appealed to the Declaration of Independence and its ideas about God-given rights.

Sticking to man-given rights and appealing to “collective agreement and compromise” as Cuomo insists upon doing, would not have ended slavery.

However, if our nation’s leaders agree with Cuomo that the rights we possess are those the government has deined to give us, that would go a long way to explaining the erosion of religious liberty we are witnessing in the U. S. After all, the same government that can create a right to abortion and same-sex marriage can also take away the rights of freedom of religion and freedom of association. This may yield the results folks like Cuomo want, but it undermines the very foundation of human rights that we all claim to hold dear.

And that is really what’s at stake. Years ago on this program, Chuck Colson said that human rights are “based on our most fundamental beliefs about humans being created in the image of God.” Our “rights are not conferred by government, and so they cannot be denied by government.” It was this belief that led Chuck to draft the Manhattan Declaration in defense of human life, marriage, and religious freedom.

More than half a million Americans have signed the Manhattan Declaration. So if you have not, or if you haven’t even read this vitally important defense of our rights and freedom, please come to BreakPoint.org, click on this commentary, and I’ll link you to it.

Chris Cuomo was right about one thing: God-given rights are what our faith teaches. If that’s no longer true about “our country,” Heaven help us all.