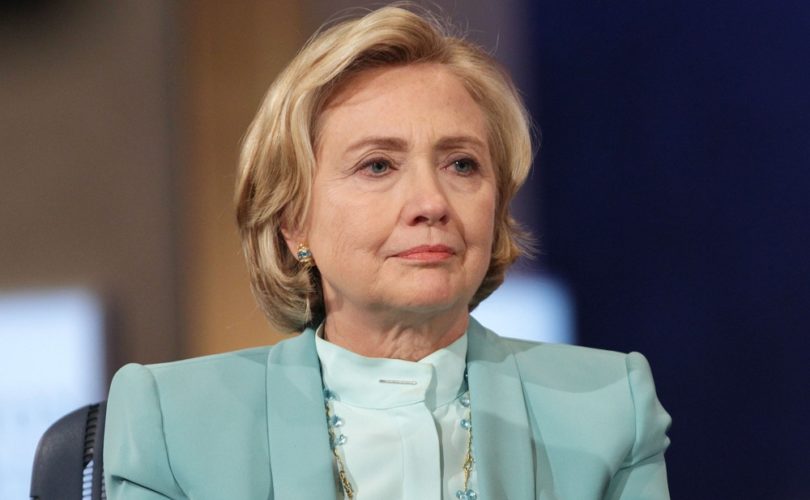 October 25, 2019 (American Thinker) — The movie Titanic had one really good scene. The ship had already swiped the iceberg. The behemoth continued sailing along and appeared to be doing just fine. But one person on the ship, Thomas Andrews, knew that it was doomed. Andrews was a naval architect who was in charge of the plans to build the ship.

After he tells the captain and some other key people on the ship that it is going to sink, they react in disbelief. One declares that the ship can't possibly sink.

Andrews responds, “She's made of iron, sir! I assure you she can. And she will. It is a mathematical certainty.”

It's one of cinema's great scenes as men wrestle with approaching doom, made all the stronger by Victor Garber's superb performance. It's also the perfect metaphor for our current moment in history.

People pay too little attention to math because numbers lie far less effectively than words. There comes a point when a nation has raced over the cliff, but it may take years before that reality becomes obvious to everyone.

This movie scene was on my mind heading into election night in 2016. All indications were that Hillary Clinton was going to be elected. Based upon the math, America as a nation appeared doomed. Clinton was eyeing the White House like a ravenous wolf and relishing the opportunity to cast misery across America.

But Wisconsin and then Michigan and finally Pennsylvania vomited on her pantsuit. On election night, I had no idea what we had just elected, but the fact that it wasn't Clinton was more than enough for one night.

Three years later, President Trump has shattered conservative expectations and may go down in history as one of the greatest U.S. presidents. It brings to mind another historical surprise. Winston Churchill was elevated to leadership during England's darkest days against all odds. He was under withering attack by both the opposing party and his own in those early months, and his survival as leader was very much in doubt.

Trump was also elevated under extraordinary circumstances that many would regard as a historical anomaly. As a New York real estate mogul and non-politician, he was declared unelectable by prominent and respected Republican pundits. The media initially pushed his candidacy with glee, assuming he would be the easiest Republican for their paramour to knock off in the general election. They were spectacularly wrong.

Both Churchill and Trump were leaders chosen, like Esther in the Bible, for “such a time as this.” Interestingly, both men were also considered beneath the dignity of the office by their manifest and often self-righteous critics. Both also survived relentless and withering political and cultural assaults while dealing with formidable foreign foes, with China supplanting the authoritarian great power threats of yesteryear.

When Trump became president, leftists controlled nearly every lever of power in America: academia, media, the Judiciary, the government bureaucracy, and entertainment among others.

Trump is wresting one of those key institutions out of their hands, which is almost a necessity before effectively opposing the others. Where Trump has inflicted the greatest damage to the Left, and why he may yet save America, is in the reshaping of the Judiciary.

The importance of this cannot be overstated. He has already placed 152 judges on the court with more than a hundred vacancies still waiting to be filled, undoing the tremendous damage that had been done in the eight years prior. This incredible achievement does not get the attention it deserves. Anyone who shrugs at what he has accomplished here does not understand the significance.

If Clinton had won, she would have appointed three young liberal Supreme Court judges by now, even as Ruth Bader Ginsburg had moved into retirement. Liberals would have a 6-3 majority on that critical court, and it would have been nearly impossible to save constitutional governance. Every court in American would be firmly in the Left's hands.

Leftists would be relentlessly engaging in lawfare across America, and conservatives would be almost defenseless to resist. Tyranny would be in full ascent, even as the nation was eclipsed by China on the world stage. Despite all this, Clinton would be a near shoo-in for reelection.

We remain at an important historical inflection point. This is why the 2020 election is so critical. President Trump, particularly if the Republicans also hold the Senate, can continue to build a hedge in the courts and undo some of the worst of the damage that was done to America.

But eight years is not enough to completely reverse the rot. The math remains terrible. Support for socialism is rising among Democrats, illegal immigration in combination with birthright citizenship is flipping key states to the leftists, the debt is spiraling out of control even as Democrats promise obscene record spending, and liberals continue to control nearly every cultural institution in America.

The war was almost lost, and America remains in great peril. America will likely elect a socialist in the not so distant future. While perhaps not quite a mathematical certainty yet, that is an excellent bet when factoring in all the variables.

But holding the courts might just enable America to survive the damage and find its way back to constitutional governance.

Far too many NeverTrump Republicans do not understand the significance of the moment they are living in or understand that we are now in an existential struggle. America might not survive. Give up the White House in 2020, and Republicans may never win it back. The Republicans' sole hope to hold the White House in 2020 is President Trump. End of story. Now is not the time for Romneyesque moral preening to earn a few head pats from a hostile media.

One of the most insightful recent observations was when Sarah Sanders observed that “I'm pretty sure they [Democrat presidential candidates] don't even like America.”

They don't. This is not some loyal opposition party that disagrees on the ideal size of government. They hate America and want to destroy everything it was created to represent.

Anything that damages Trump will help an American-hating socialist who promised to run her choice for secretary of education through a child-abused 9-year-old girl dressed in a suit. That was a mildly instructive moment in the insane CNN LGBT town hall in that you had a false Cherokee pandering to a false boy in the modern leftist version of Peter Pan. Truth is always one of the first casualties of leftism.

The entire town hall was one giant promise to relentlessly persecute Christians while shredding religious freedom in America. Once tyranny fully ascends, darkness will follow. Far too many Americans are still blinded by their bias toward the now. It is hard for people to imagine everything they know overturned. Up until this point, the anti-American socialists have moved slowly, and America has been like the frog in the boiling pot of water.

But this election has shown that they are transitioning to the next stage, when they will move openly toward authoritarianism. We are at a pivotal moment in history. That's not hyperbole. It's a mathematical certainty. It's long past time for all NeverTrump Republicans, if they truly believe in conservative ideals and are not just camouflaged leftist collaborators, to return to the fold before it is too late.