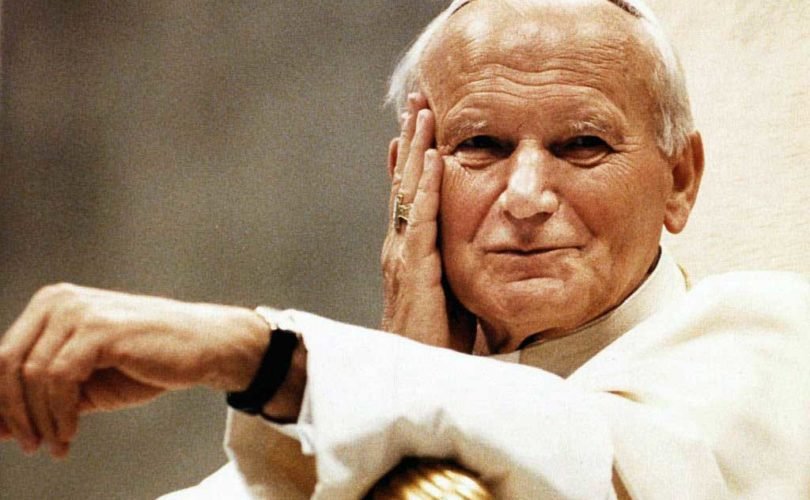 July 30, 2019 (Catholic Insight) — The plot of this Pontificate thickens, as news of the summary and forthwith firing of two pillars of the Pope John Paul II Institute in Rome, Monsignor Livio Malina and Father Jose Noriega, who have built up the marvellous educational apostolate, which has done so much good under the patronage of the great pontiff in both the earthly and now heavenly phase of his life.

Yet Saint John Paul II must be shaking his head in beatific glory as he witnesses what seems to be the vitiation of the Institute. The reason given for the aforementioned firings is that the fundamental moral theology program has been removed, as if that explains everything. Yet one wonders how 'marriage and family' will be taught without a moral foundation, but under this current Magisterium, one has almost ceased to wonder. Readers may correct me if I am wrong, but I don't think Pope John Paul's Veritatis Splendor — on the principles of the moral life, in some ways his most important work — has ever been quoted in this current pontificate.

Meanwhile, to add insult to injury, every professor at the Institute has been suspended, to be reinstated, perhaps, on a one-by-one basis. This seems an attack not just on the Institute, but on the very legacy of Pope John Paul himself.

How can this be, you might ask, in these days of workers' rights and contracts and tenure? Well, it seems, plenipotentiary power has been given to the new 'Grand Chancellor' Archbishop Vincenzo Paglia, who has the authority to restructure the entire program, built up over decades, and to hire and fire at will. The will of the prince is indeed law.

We will see where this all goes, but, to put it mildly, things do not bode well, and dark, ominous clouds are on the horizon. God's people are indeed perishing for lack of truth, and the places in which one may find that truth clear and unalloyed are rare, and getting more so.

To the catacombs, perchance, to teach and form whom we may. As was predicted, a remnant will remain, faithful and true. God never said the road would be easy, but He always promised a way.

I am off on the Saint Anne's pilgrimage tomorrow along the old Opeongo Line, run by a former student now a priest, and will take your intentions along, in what way I am able.

Published with permission from Catholic Insight.