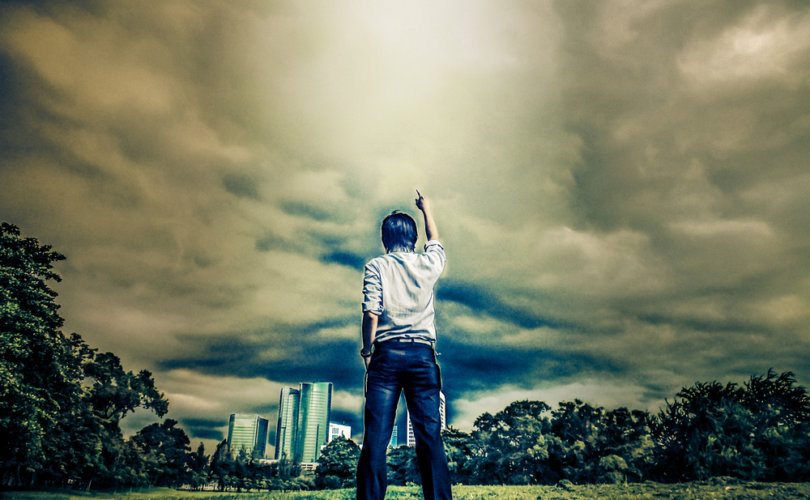 And since they did not see fit to acknowledge God, God gave them up to a debased mind to do what ought not to be done.” (Romans 1:28)

September 26, 2016 (LifeSiteNews) — All was quiet in the home state of Andy Griffith until February 22 of this year when the Charlotte City Council passed an ordinance requiring all government agencies and private businesses to insure that men could use women’s bathrooms if they want to.

The legal problem with that move was that the state constitution of North Carolina requires all “public accommodation” laws to be handled at the state level. In other words, what Charlotte did was not within their authority, so the governor and the state legislature responded by passing HB 2 on March 23, which “mandates people use the bathroom corresponding to their biological sex in public buildings, places, and schools.” Simply put, everything was fine – Charlotte enacted a law they had no authority to enact, and the state of North Carolina put everything back like it was.

For this simple common sense law, the state of North Carolina has become the whipping boy for the Lesbian, Gay, Bi-sexual and Transgender political machine and their many powerful supporters in big business, academia, the liberal media, and the entertainment industry. No single group of people holds more power in America today than the LGBT lobby, despite the fact that they represent a relatively small number of people. It is estimated that 2% of Americans are lesbian or gay and 0.3% are transgendered, i.e., a person who is a male but says he is a female or vice versa.

Even the National Collegiate Athletic Association punished North Carolina by taking away sporting events scheduled for the Tar Heel state. NCAA leadership is made up of university presidents. So, very smart people who have reached the highest levels of academia sat around in a room somewhere and decided that because North Carolina wants to keep men out of bathrooms reserved for women and young girls, the state must be punished. And this law applied only to bathrooms, showers, etc. that were state property.

In other knee-jerk reactions, PayPal Corporation withdrew its plans for building a large office complex in North Carolina over this issue. PayPal is the same company that built their global operations center in Malaysia where homosexual behavior is against the law, punishable by whipping or prison time. The NBA pulled their all-star game out of Charlotte. Christian sports celebrities Russell Wilson and Stephen Curry condemned their home state for wanting to keep women’s bathrooms for women and girls only. Legendary Duke coach Mike Krzyzewski said what North Carolina did was “embarrassing.”

What is going on here? Why is the whole world coming down on North Carolina over something like this? Even if you thought welcoming men into women’s restrooms and showers was a good idea, does the penalty fit the “crime?” You would think North Carolina has reinstated slavery.

What is going on is a country in rebellion against God Almighty. This is about putting the final touches on the sexual revolution. The Bible clearly states that homosexuality is unnatural, immoral, and unhealthy. Everyone knows that a man who thinks he is a woman has a mental disorder, not to mention a spiritual one.

Bruce Jenner will always be a man even if he wears a dress and heels the rest of his life. Yet, his confusion is lauded by the media and popular culture as brave and heroic. What’s really going on here is demonic. It’s a culture shaking its collective fist at God and shouting: “Don’t tell us how to live! We will not listen to your rules!”

What we are watching in America today is Romans 1 being played out before our very eyes.

Tim Wildmon is president of the American Family Association.