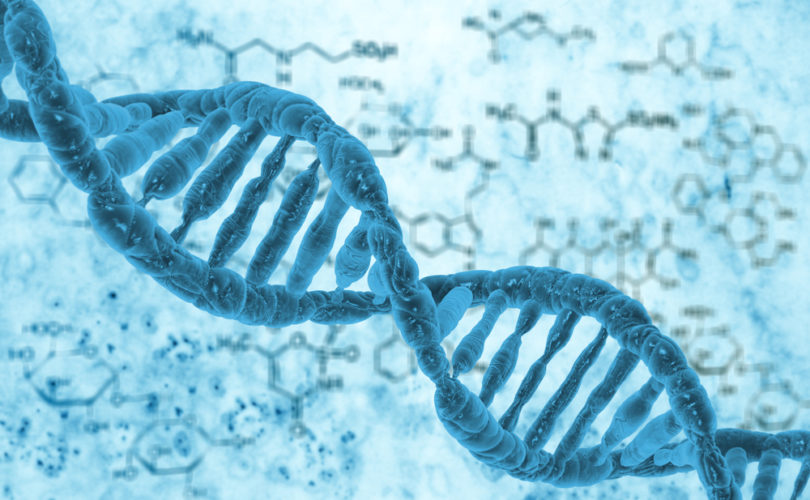 February 10, 2015 (BreakPoint.org) — In 2000, Craig Venter, along with Francis Collins, joined then-president Clinton in announcing the mapping of the human genome.

Since then, Venter has been a leader in the field of synthetic biology, a multi-disciplinary field related to genetic engineering.

And what he recently told the Wall Street Journal sent chills down my spine. Venter said, “We’re going to have to learn to adapt to the concept that we are a software-driven species and understand how it affects our lives. Change the software, you can change the species, who we are.”

The Journal’s selected headline of the article described how we can now “control our evolution,” which because evolution is supposed to be an unguided process, must be a misnomer. What Venter was actually describing would be better characterized as playing Creator to everyone else’s Adam.

Humans, by the way, have quite a history of trying to reinvent our species. The Communists spoke about building the “New Soviet Man,” a “selfless, learned, healthy and enthusiastic” person who would help build the Utopia described by Karl Marx. Fascism spoke of a “New Man who is a figure of action, violence, and masculinity,” free from the taint of individualism.

Well, both failed, but not before causing previously unimaginable suffering.

Now it’s scientism’s turn to take a crack at reinventing the human species. And fittingly for a worldview that holds that empirical science is the only measure of truth, its approach is to reduce people to biological machines and see if they can produce something new by swapping parts and tinkering with the “software.”

These efforts are known as “transhumanism.” The goal of transhumanism is to “fundamentally [transform] the human condition by developing technologies to greatly enhance human intellectual, physical, and psychological capacities.”

For a long time, transhumanism was thought to be a kind of fringe movement, the stuff of science fiction movies. But now you have Venter, who is as significant as it gets in the field of genetics, talking about “changing the software.” Transhumanism is not fringe anymore: It’s mainstream. In fact, just last week the British Parliament approved a procedure to create babies with genetic material from three different parents!

Now any attempt to reinvent the species is an unbelievable act of hubris, because the experimenters cannot admit that human knowledge and competence are limited. Mapping the human genome is a far cry from knowing how our genes and our environment work together to yield a particular result.

Yet Venter glosses over this problem, saying “The challenge … in this space is finding out how to read the software,” as if he were debugging the code for an app.

In 1990, Craig Gay, who teaches at Regent College, wrote a terrific book called “The Way of the (Modern) World.” In it, he identified that one of the characteristics of modernism was control. With God out of the picture we are free to make the world in our own image. Which is why, he continues, another characteristic is anxiety. Why? Because our arrogant attempts to control everything, including human nature, place the weight of the world on our own shoulders. And the world is far heavier than our Enlightenment forbears ever imagined.

Look, we were created, we read in Genesis, to rule over God’s creation for God. Every attempt to take God’s place, however, ends badly. And this doesn’t just apply to the arena of science: Witness the devastation wrought by the sexual revolution and our never-ending attempt to re-define the natural family and erase any moral or physical boundaries surrounding sexuality and gender.

And yet, as if the whole history of the 20th century didn’t exist, Venter and his fellow transhumanists sound confident and put on the mantle of inevitable progress. But that’s only because they are, to paraphrase that terrible song from the 80’s, “blinded by scientism.”

Every other would-be re-inventor of humanity has failed. And so will the transhumanists. The only question is how much suffering will they cause along the way.