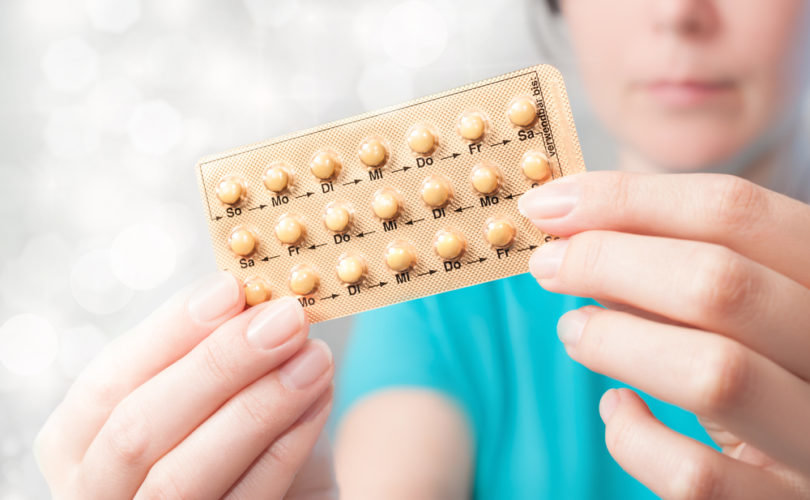 September 28, 2012 (HLIWorldWatch.org) – Health [helth] noun 1. the general condition of the body or mind with reference to soundness and vigor: good health; poor health. 2. soundness of body or mind; freedom from disease or ailment: to have one’s health; to lose one’s health.

Twelve years ago today, the Federal Drug Administration (FDA) approved the deadly abortion drug RU-486 for use in the United States. The “abortion pill” is seen by many as an easier method of having an abortion because no surgery is involved. You can even buy the pills off of the Internet and take them at home.

Like other abortion methods, where a child is killed and the mother physically, emotionally and spiritually harmed, RU-486 is considered to be “safe” by the promoters of an ideology who have actually almost succeeded in changing the meaning of the word “health.” More on this troubling trend in a minute.

A new study led by Marie Stopes International, the world’s largest abortion provider, came to the conclusion, not surprisingly, that the abortion pill is “safe” despite the fact that one woman died in the study, 3.5 percent of the procedures failed and there were four cases of known infections and 21 suspected cases. The results of the study appeared last month, just a day after the Therapeutics Goods Administration (TGA) approved the drug’s registration in Australia.

A recent examination of several other studies on RU-486 highlighted the drug’s deadly consequences for women, especially women in the developing world:

[T]he pill fails; medical abortions are being attempted in settings with inadequate backup to care for complications; and hemorrhaging, a common side-effect of RU-486 abortions, is harder to control in third world environments. Unfortunately, there is a tendency to disregard such problems by enthusiastic abortion advocates, eager to expand abortion use in these countries.

According to an FDA report from April of 2011, thousands of women in the U.S. have experienced adverse side effects from taking RU-486, and over a dozen tragically lost their lives. Despite the harm, Planned Parenthood is currently pushing for “telemed abortions” where they can do remote abortions over the web by prescribing RU-486 to women so they can self-abort.

Now back to the question of what the champions of “reproductive health” really mean by “health.” One would think that a drug that harms this many women would find enemies among the champions of “women’s health.” You would think that if the goal was to protect women, advocates for women’s health would be all over the airwaves condemning this drug, calling for its removal from the market, and championing lawsuits against its producer.

Of course, if it was all about women’s health, then contraceptives known to cause cancer would be under closer scrutiny rather than being promoted as “essential health care” by an ever more aggressive federal government that is forcing almost every employer to pay for them under the Affordable “Health”care Act. The link between these hormonal drugs and cancer would be the topic of widespread debate rather than the pills being sold as the answer to women’s dis-empowerment and, ironically, the answer to troubling maternal mortality rates in developing nations. For that matter, we would be hearing much more about the link between abortion and breast cancer, as well as the myriad ill effects on the mental health of women who have abortions.

Rather, what we see are women and men singing the praises of the results of the drugs and of abortion, and attacking anyone who tries to raise the issue of actual women’s health in opposition. This is ideological blindness. When otherwise intelligent people not only refuse to consider contrary evidence, but attack those who insist that all evidence be considered, we should not be surprised when their preferred “solutions” come at the price of millions of lives.

So when the promoters of contraception and abortion say “reproductive health,” “women’s health,” and importantly, “health care reform,” we have to realize that they are not talking primarily about healing people of illness and disability. To be fair, they also would support this healing in many cases, but that’s not what their movement is about, since no one would oppose this. They are talking about an assault on human life, lowering our population and getting rid of the weak, unwanted and “unfit.” They manipulate good-willed people who still think “health” is about healing and well-functioning physicality by sneaking in health-destructive practices and then insisting it is all about health, and insisting that we not connect the dots when cancer rates increase, maternal mortality does not improve and birth rates plunge, bringing social and economic unrest.

The culture of death requires a culture of ignorance to thrive, and this ignorance is greatly increased when our language is gutted of a true shared meaning of important words, like “health.”