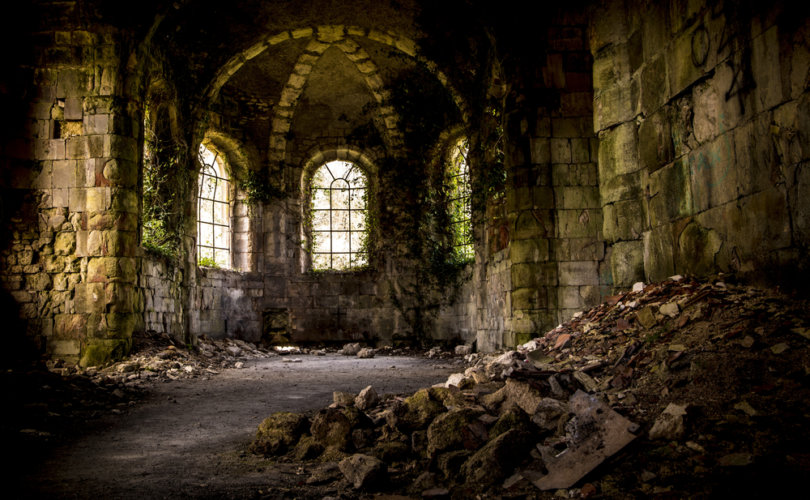 July 15, 2016 (Christian Medical Comment) — “When the foundations are being destroyed what can the righteous do?” (Psalms 11:3)

We live in times when the very foundations of our civilization are being destroyed: the NHS with its burgeoning needs and shrinking budgets, mounting national debt, political and economic uncertainty following Brexit, the threat of Islamic fundamentalism, creeping atheism and secular humanism.

The mountains of our culture, those institutions which shape its trajectory: our parliaments, courts, universities, medical institutions and the worlds of art, media and entertainment, seem increasingly to be run by people who do not share our Christian beliefs and values.

Daily in our GP surgeries and hospitals we see the fruit of a society which has turned its back on God: family breakdown, educational failure, economic dependence, indebtedness and drug and alcohol addiction. Marriage and the family are threatened by same-sex unions, “gender fluidity,” internet pornography, gene editing, abortion, and euthanasia.

The Psalmist, seeing the foundations being destroyed, is taunted by his accusers: “Flee like a bird to your mountain. For look, the wicked bend their bows; they set their arrows against the strings to shoot from the shadows at the upright in heart.” (Psalms 11:2)

But instead of succumbing to the very real threats about him and withdrawing to safety he declares: “In the Lord I take refuge. … The Lord is in his holy temple; the Lord is on his heavenly throne.” (Psalms 11:1, 4)

He takes himself in hand and remembers that he serves the ruler of the universe, the judge before whom every knee shall one day bow, who “is righteous,” “loves justice” and “observes everyone on earth.” He reminds himself that “the upright,” those who he has justified by faith, will one day “see his face.” (Psalms 11:4-7)

Jesus, who announced the coming of his Kingdom in the Nazareth synagogue as coming with preaching, healing, deliverance and justice (Luke 4:18-19) later commissioned his disciples with the words, “as the Father has sent me, I am sending you.” (John 20:21) But he also promised them his power, presence and the gift of prayer. “Come to me, all you who are weary and burdened, and I will give you rest. … For my yoke is easy and my burden is light.” (Matthew 11:28-30) “Ask the Lord of the harvest, therefore, to send out workers into his harvest field.” (Matthew 9:38) “You will receive power when the Holy Spirit comes on you; and you will be my witnesses.” (Acts 1:8) “Surely I am with you always, to the very end of the age.” (Matthew 28:20)

We are not called to escapism, retreating to our Christian ghettos. Nor are we called to assimilation, merely blending in with the world around us.

Instead we are called, like Babylon’s exiles, both to moral distinctiveness — “shining like stars” (Philippians 2:15) — and to courageous and compassionate engagement with society — “seeking the peace and prosperity of the city.” (Jeremiah 29:7) We are to be “in the world” but “not of the world.” (John 17:14-15)

The social reformer William Wilberforce, whom God used to end the British slave trade in the early 19th century, spoke of his Christian calling in this way: “God almighty set before me two great objects, the suppression of the slave trade and the reformation of morals and manners.”

But in reforming “moral and manners” he was not advocating a mere fleshly legalism. He understood that it was the “peculiar doctrines” of Christianity (salvation by grace through faith in Christ’s death and resurrection) which led to “true affections” (a changed heart), then to personal transformation (an obedient life) and ultimately “political reformation” (a renewed society).

UK Prime Minister David Cameron resigned after the Brexit vote on 24 June without ever fulfilling his dream of a “big society.” And yet, since he first came to power in 2010, we have ironically seen an explosion of Christian social initiatives in Britain — food banks, debt counselling, street pastors, drug and alcohol rehabilitation, parenting classes, crisis pregnancy counselling. Churches are touching the heart of our broken society’s need.

But what if churches were to think even bigger like Wilberforce and his fellow Christian professionals from the “Clapham Sect:” Christian GP surgeries and hospitals, socially responsible businesses, legal advice and advocacy, schools and universities, serving in the political corridors of power?

Might we, by God’s grace, take Britain back? That is our challenge.

“If my people, who are called by my name, will humble themselves and pray and seek my face and turn from their wicked ways, then I will hear from heaven, and I will forgive their sin and will heal their land.” (2 Chronicles 7:14)