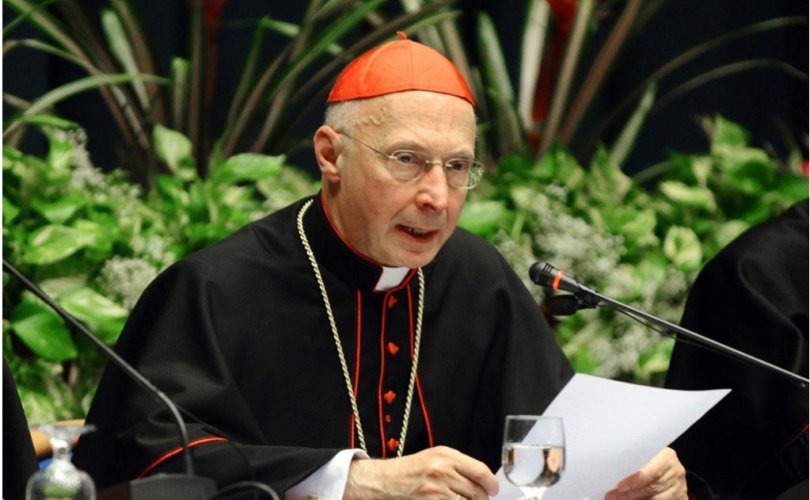 Cardinal Angelo Bagnasco, who has been regarded as a close ally of Benedict XVI has just been replaced as the head of the Italian episcopal conference.

May 30, 2017 (Catholic Culture) — Last Friday I remarked that John Allen had provided us with a very interesting way to measure the intentions of Pope Francis. The results are now in.

Allen observed (near the end of a column mostly devoted to Cardinal Gualtiero Bassetti) that during his May 27 visit to Genoa, the Pontiff would be hosted by Cardinal Angelo Bagnasco, the outgoing president of the Italian episcopal conference, who was regarded as a close ally of Pope Benedict XVI. Allen reasoned that if the Pope “appears gracious and respectful, finding occasions to voice appreciation for Bagnasco’s contributions, then the take-away may be that Francis is not so much trying to reverse what came before but to round it out.” Whereas if the Pope ignored the cardinal, that “may accent the impression in some quarters that Francis is trying to ‘roll back’ the legacy of his predecessors.”

Here, the Vatican summaries provided by the Vatican press office, are the complimentary things the Pope said about Cardinal Bagnasco during his day in Genoa:

It wasn’t for lack of an opportunity. When Pope Francis visited the Ilva factory, a manager asked him a question, mentioning that “we are encouraged by our archbishop Cardinal Angelo Bagnasco,” and asking the Pontiff for “a word of closeness.” The Holy Father gave a 1,200-word reply. Not one of those words was “Bagnasco.”

If Allen’s test was valid, the results were crystal clear.

This article was originally published on Catholic Culture and is re-published with permission.

‘To hell with accompaniment’: Catholic prof points to damage Pope Francis is causing the Church