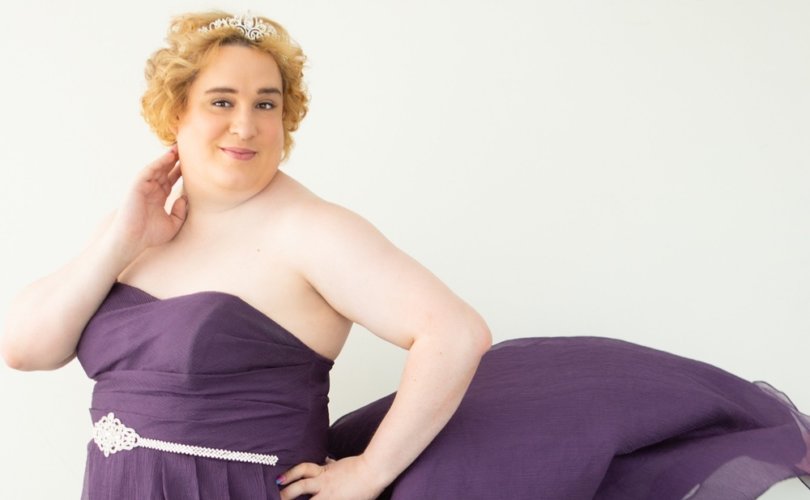 October 21, 2019 (REAL Women of Canada) — There was a time when human rights, dignity and the worth of a human person were commonly understood concepts across all nations. This was reflected in the UN Declaration of Human Rights passed in 1948. This common standard of human rights upheld: the right to life, equality before the law, the right to be presumed innocent, the right to free movement and mobility, that the family of a man and a woman was the natural and fundamental unit of society which was entitled to protection by society. Freedom of opinion and expression and freedom of peaceful assembly were also listed as universal rights. Canadians should be proud of the fact that one of the individuals who drafted this wonderful document was a Canadian from Montreal, John P. Humphrey, former dean of McGill University Faculty of Law. Putting these rights together in one document was a major achievement. That was then. This is now.

Human rights today have nosedived into lunacy. No better example of this is the 16 complaints made to the BC Human Rights Tribunal by a transgendered male who identifies as a female, although he has retained his male genitals. His birth name is Jonathon Yaniv, but he now goes by the name of “Jessica”.

Yaniv is a most peculiar person. He has recorded his telephone conversations with mostly economically and culturally marginalized women, who were trying to earn extra money for their families by carrying out female waxing services from their homes. When Yaniv shows up at the small business operating out of the home, where there are often small children present, he demands that the beautician wax his genitals, which are decidedly male. When they refuse to wax his male parts, for religious or cultural reasons, or because they are not trained to do this specialized procedure, Yaniv accuses them of discrimination and advises them that he will bring a complaint against them before the Human Rights Tribunal. To avoid this catastrophe, some of these women have paid over sums of money to Yaniv. He asks for $8,000 in compensation but has settled with sums ranging from $1000 to $5000. It is an easy way for Yaniv to enrich himself.

Immigrant women are not his only targets, as he has also laid a complaint against Christian activist, Bill Whatcott, for referring to Yaniv as “he” in his sidewalk preaching and in his flyers. Yaniv claims that this has caused immense injury to his “dignity” and “self-respect” and is demanding $35,000 in compensation.

Although there are 16 women who have not been intimidated by Yaniv into handing over money to prevent charges against them, the hearings on Yaniv's complaints have now begun.

Significantly, the Canadian mainstream media have remained silent about Yaniv's exploitation of these marginalized women. The exceptions are the National Post and the Toronto Sun. The CBC, Global News, CTV, Winnipeg Tribune, etc. have all remained entirely silent on this travesty. The reason for the silence is that Yaniv, as a transgendered man, has rights according to the mainstream media that should be upheld. These “rights”, that is, “gender identity and expression”, were recently invented and imprecisely defined. No one clearly understands what these terms mean, or, for that matter, actually believes in them. This “right” nonetheless, has caused havoc in the lives of 16 culturally and financially marginalized women and others as well. These complaints have made Canada a laughingstock around the world.

Yaniv is no innocent complainant. He has written on social media discriminatory comments against immigrants, especially Asians, calling them untruthful, and insisting they have unclean habits. Yaniv has also exhibited a perverted interest in young girls under the age of 12 and their menstrual processes. He appeared before the Township of Langley Council in BC to request an LGBT topless swim for young people 12 and over, which parents and guardians would not be permitted to attend.

Why is Yaniv being permitted to display such offensive and disgusting behaviour? The reason is, he identifies as transgendered and can do whatever he apparently likes, with impunity. As Yaniv himself has stated, he has power to silence his critics. “I have power. And lots of it. I know how to use my words, and really shut down the haters one after another.”

What is even more revolting about this case is the fact that the BC Human Rights Tribunal agreed to proceed with these frivolous complaints, stating that Yaniv has experienced “genuine” and “pervasive discrimination.”

It should be noted, however, that one of the reasons the Tribunal may have accepted these nonsensical complaints is likely due to the fact that transgenderism is providing a whole new avenue of work to expand the Tribunal's empire and justify its existence.

As a result of these and other complaints, human rights have degenerated, as tribunals cater to shrill demands from special interest groups that expect social and economic entitlements. This exploitation is contrary to fundamental, inalienable human rights according to the tradition of individual freedom and self-government. That is, human rights have become “privileges” granted to “special” citizens.

The Tribunal continues to insist that it exists to protect such people as Yaniv. Its acceptance of Yaniv's complaints, however, has further degraded the very idea of human rights. These Tribunals have become the subject of derision by the public. They have lost all respect and can be regarded only with contempt.