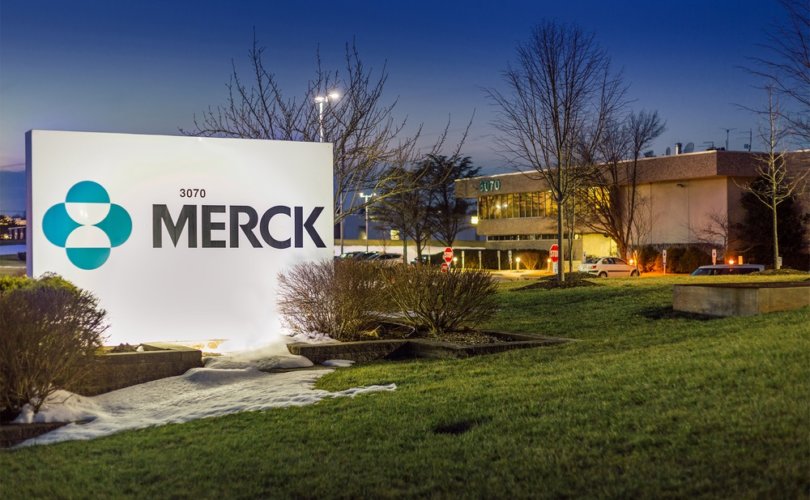 December 10, 2020 (Children’s Health Defense) — A former employee of the U.S. Food and Drug Administration (FDA) whose job it was to inspect vaccine manufacturing plants told Vanity Fair last week that when the FDA ignored his allegations of gross safety violations at a Merck vaccine plant, he blew the whistle — only to be ignored.

Coming amid growing concerns over the safety of COVID vaccines, which are being rushed to market at unprecedented speed, the newly revealed allegations raise questions about how the FDA will oversee safety at COVID vaccine manufacturing operations.

According to Vanity Fair, “the unprecedented effort to actually make the more than 300 million doses that a successful national vaccination effort will require has gotten less attention” than issues related to the safety and efficacy of the actual vaccines themselves.

— Article continues below Petition —
SIGN: Join petition calling for a stop to COVID vaccine testing in Europe
Show Petition Text
16484 have signed the petition.
Let's get to 17500!
Thank you for signing this petition!
Add your signature:
Show Petition Text

“Vital questions about the FDA’s inspections of vaccine plants have slipped under the radar,” the magazine reported.

Vanity Fair, the first to report on the whistleblower complaint, focused on concerns related exclusively to the manufacturing process. The article dismissed concerns about the actual safety of the vaccine.

In an interview after her article was published, reporter Katherine Eba told PBS NewsHour the “last thing she wanted to do” was contribute to “vaccine hesitancy.”

“You know, the issues we raised in this story have nothing to do with the anti-vaxxer position. They have to do with whether the FDA is doing the job it is supposed to do, which is ensuring that all these manufacturing plants follow good manufacturing practices.”

But many people, including doctors and scientists, have raised a multitude of concerns about the safety of the leading COVID vaccine candidates. In fact, polls consistently show that more people than not, including healthcare workers, won’t sign up, at least not right away, for the vaccines.

According to Arie Menachem, the whistleblower who told his story to Vanity Fair, that’s not been his experience with the FDA, at least not when it comes to the safety of vaccine manufacturing.

Menachem — who according to Vanity Fair holds a master’s degree in biochemistry and worked for 13 years in quality assurance and compliance at several pharmaceutical companies before joining the FDA in 2014 — was a member of the FDA’s Team Biologics.

The “elite” team’s 14 members were responsible for inspecting 280 manufacturing plants that make vaccines and blood products for U.S. patients.

In November 2018, Menachem filed a whistleblower complaint with the U.S. Office of Special Counsel after his initial report detailing a host of disturbing safety violations at a Merck vaccine plant was downgraded by FDA officials.

Menachem’s report — based in part on information provided to him by whistleblowers within the company — included this, according to Vanity Fair:

“The allegations described a biohazard nightmare. Workers appeared to be defecating and urinating in their uniforms, and feces had been found smeared on the floor of the plant’s production area, the letter alleged. In a sterile manufacturing plant, bathroom breaks can be difficult to take because they require additional time, which could serve as one possible explanation for the events inside the Merck plant. Ungowning can take 15 minutes, regowning can take 15 minutes, and on a night shift, there may be no one else to cover an essential worker during that time, Menachem said.”

Vanity Fair said the magazine confirmed Menachem’s account, as well as his description of conflict inside Team Biologics, “through interviews with four current or former FDA employees, including Menachem, a detailed review of documents, and an analysis of Team Biologics inspection data.”

Merck isn’t the only drugmaker whose manufacturing operations have been called into question. As Children’s Health Defense previously reported, Eli Lilly, which has been working on a COVID therapeutic drug, recently had a run-in with the FDA over problems with one of its manufacturing plants. Reuters reported that the FDA had cited “serious quality control problems” at an Eli Lilly plant working on an antibody therapy.

A former associate counsel at the FDA told Reuters the violations were “serious enough and have a significant enough impact on the public health that something needs to be fixed.”

When it comes to COVID vaccines, Dr. Joshua Sharfstein, vice dean for public health practice and community engagement at the Johns Hopkins Bloomberg School of Public Health, told Vanity Fair, “There is not a lot of room for error on a COVID vaccine.”

But as Vanity Fair and Bloomberg pointed out, if the FDA, as it’s expected to, grants emergency use authorization for a COVID-19 vaccine, “it is not even clear whether the FDA will require full inspections of manufacturing plants” because transparency has been “notably absent in Operation Warp Speed,” the public-private partnership launched by the Trump administration to rapidly develop and distribute a COVID-19 vaccine.