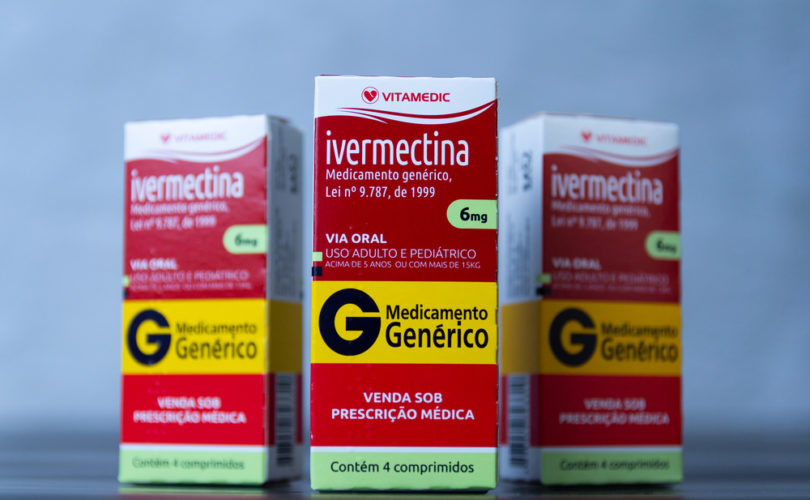 (American Thinker) – First hydroxychloroquine, now ivermectin, is the hated deadly drug de jour, castigated by the medical establishment and regulatory authorities. Both drugs have been around for a long time as FDA-approved prescription medications. Yet now we are told they are as deadly as arsenic.

As a physician, I am certainly aware of ivermectin but don’t recall ever writing a prescription for it in my 30+ years’ medical career. Ivermectin is an anthelmintic, meaning it cures parasitic infections. In my world of ophthalmology, it is used on occasion for rare parasitic or worm infections in the eye.

Ivermectin was FDA approved in 1998 under the brand name Stromectol, produced by pharmaceutical giant Merck, approved for several parasitic infections. The product label described it as having a “unique mode of action,” which “leads to an increase in the permeability of the cell membrane to chloride ions.” This suggests that ivermectin acts as an ionophore, making cell membranes permeable to ions that enter the cell for therapeutic effect.

Ivermectin is one of several ionophores, others including hydroxychloroquine, quercetin, and resveratrol, the latter two available over the counter. These ionophores simply open a cellular door, allowing zinc to enter the cell, where it then interferes with viral replication, providing potential therapeutic benefit in viral and other infections.

This scientific paper reviews and references other studies demonstrating antibacterial, antiviral, and anticancer properties of ivermectin. This explains the interest in this drug as having potential use in treating COVID.

Does ivermectin work in COVID? I am not attempting to answer that question, instead looking at readily available information because this drug has been the focus of much recent media attention. For the benefit of any reader eager to report this article and author to the medical licensing boards for pushing misleading information, I am not offering medical advice or prescribing anything.  Rather, I am only offering commentary on this newsworthy and controversial drug.

What’s newsworthy about ivermectin? A simple Google search of most medications describes uses and side effects. A similar search of ivermectin provides headlines of why it shouldn’t be taken and how dangerous it is.

The Guardian describes ivermectin as horse medicine reminding readers considering taking the drug, “You are not a horse. You are not a cow”, saying it’s a medicine meant for farm animals. The FDA echoed that sentiment in a recent tweet, adding “Seriously, y’all. Stop it,” their word choice making it obvious who the tweet was directed to.

Perhaps the FDA didn’t realize that Barack and Michelle Obama often used the term “y’all” and that some might construe the FDA tweet as racist.

It is true that ivermectin is also used in animals, as are many drugs approved for human use. This is a list of veterinary drugs with many familiar names of antibiotics, antihypertensives, and anesthetics commonly used by humans. Since these drugs are used in farm animals, should humans stop taking them? That seems a rather unscientific argument against ivermectin, especially coming from the FDA.

And healthcare professionals are not recommending or prescribing animal versions of ivermectin as there is an FDA-approved human formulation.

Does ivermectin work against COVID? That is the bigger question and worthy of investigation, rather than reminding people that they are not cows.

A study published several months ago in the American Journal of Therapeutics concluded,

Meta-analyses based on 18 randomized controlled treatment trials of ivermectin in COVID-19 have found large, statistically significant reductions in mortality, time to clinical recovery, and time to viral clearance. Furthermore, results from numerous controlled prophylaxis trials report significantly reduced risks of contracting COVID-19 with the regular use of ivermectin. Finally, the many examples of ivermectin distribution campaigns leading to rapid population-wide decreases in morbidity and mortality indicate that an oral agent effective in all phases of COVID-19 has been identified.

To my knowledge, these 18 studies have not been retracted, unlike previous studies critical of hydroxychloroquine which were ignominiously retracted by prestigious medical journals like The Lancet and the New England Journal of Medicine.

Yet the medical establishment refuses to even entertain the possibility of some benefit from ivermectin, castigating physicians who want to try it in their patients. 18 studies found benefit. Are they all wrong?

Podcaster Joe Rogan recently contracted COVID and recovered within days of taking a drug cocktail including ivermectin. Was it his drug cocktail, his fitness, or just good luck? Impossible to know but his experience will keep ivermectin in the news.

Highly unvaccinated India had a surge in COVID cases earlier this year which abruptly ended following the widespread use of ivermectin, over the objections and criticism of the WHO. In the one state, Tamil Nadu, that did not use ivermectin, cases tripled instead of dropping by 97 percent as in the rest of the country.

This is anecdotal and could have other explanations but the discovery of penicillin was also anecdotal and observational. Good science should investigate rather than ignore such observations.

— Article continues below Petition —
PETITION: Ban COVID vaccine mandates for schools and universities!
Show Petition Text
42774 have signed the petition.
Let's get to 45000!
Thank you for signing this petition!
Add your signature:
Show Petition Text

The Japanese Medical Association recently endorsed ivermectin for COVID. The U.S. CDC cautioned against it.

There is legal pushback as an Ohio judge ordered a hospital to treat a ventilated COVID patient with ivermectin. After a month on the ventilator, this patient is likely COVID free and ivermectin now will have no benefit, allowing the medical establishment to say “see I told you so” that it wouldn’t help.

By this point, active COVID infection is not the issue; instead, it is weaning off and recovery from long-term life support. The early hydroxychloroquine studies had the same flaw, treating patients too late in the disease course to provide or demonstrate benefit.

These drugs have been proposed for early outpatient treatment, not when patients are seriously ill and near death. Looking for treatment benefits in the wrong patient population will yield expected negative results.

Given how devastating COVID can be and how, despite high levels of vaccination in countries like the U.S., U.K., and Israel, we are seeing surging cases and hospitalizations among the vaccinated, we should be pulling out all the stops in treating this virus.

Medical treatment involves balancing risks and benefits. When FDA-approved medications are used in appropriate doses for appropriate patients, prescribed by competent physicians, the risks tend to be low, and any benefit should be celebrated. Instead, the medical establishment, media, and regulatory authorities are taking the opposite approach. One has to wonder why.