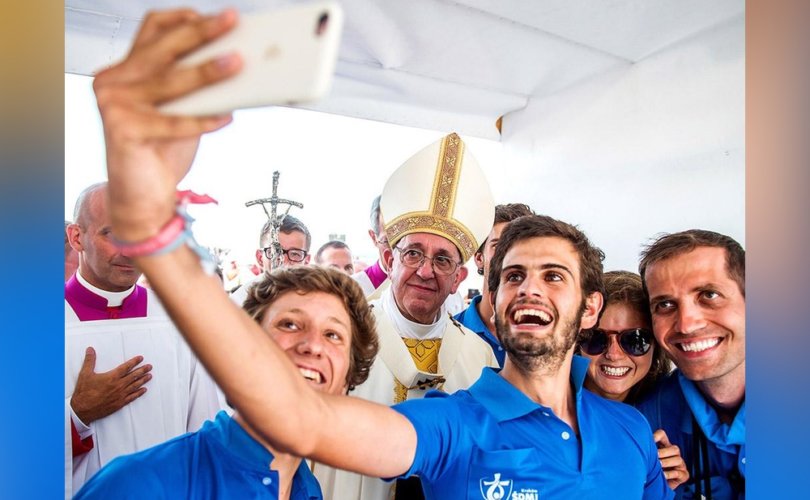 February 20, 2019 (LifeSiteNews) – The Catholic concept of society is hierarchical: the Church ought to guide the state and the state the people. This same concept is echoed in the Church’s ecclesiology, in that God imparts His Revelation to the Apostles who, in turn, imparted these truths in the form of magisterial teaching to their successors. Saint Peter, as Prince of the Apostles, was alone charged by Our Lord with “feeding [His] sheep,” and it his successor, the Bishop of Rome, who transmits this authority to the other Bishops of the world. These truths are then dispensed to the monasteries and parishes which comprise the Church.

There is thus, a hierarchy in both society and in the Church.

This is expressed within the microcosm of the family. Within the family, children are obliged by the natural and divine law to obey their mother and father due to the wisdom which their parents are assumed to possess. The Church has always presumed that those more advanced in age are wise in counsel. Youth is seen as a time of immaturity and even moral tribulation; it is the springtime of habits, whether good or bad. The perennial insight of all but every author, whether secular or religious, who wrote before even a few decades ago affirms that youth, having yet to grow and develop, is generally lacking in wisdom and knowledge. This documented and historically universal understanding of the nature of man is, indeed, confirmed by cognitive science. Several papers have been published showing evidence of a steady process of brain development that continues until one’s late twenties. Regardless of the scientific aspect, it is part of natural human sagacity to recognize that adolescence is a time of learning, not of teaching. In addition, those who have grown in virtue often acknowledge the folly of their youth; as King David states in the Psalms, “The sins of my youth and my ignorances do not remember. According to thy mercy remember thou me: for thy goodness' sake, O Lord.” (Psalm 24:7)

When translated into English, the words senex and vetus can both be rendered “old, ancient,” though in Latin, there is a critical distinction between them; senex is the term used to define someone who is elderly. This word differs from vetus which is used to describe the age of something. This very distinction demonstrates that there is something to be attained in human aging which is not possessed in the aging of places, things, or ideas. The ancients understood that our progression in age is not an arbitrary deterioration of the body, but an enrichening of the intellect and a progression towards that which is divine. As Sacred Scripture tells us, “In the ancient is wisdom, and in length of days prudence.” (Job 12:12)

Within society, this concept has been eroded. Enlightenment philosophy sought to overthrow hierarchy and thereby to level human civilization. This egalitarian model of the French atheist Philosophes of the 18th century has now been exalted to a contemporary rule of life. In mass media, emphasis is placed on the perspective and philosophy of young people. In literature, protagonists are often portrayed as college-aged young people lacking the average responsibilities of a healthily-functioning adult. Long gone are those days in which youthful men were expected to be silent in the presence of their elders. This should not surprise many, however, as the edifice of modern society has been dilapidating for many generations. What should surprise (and perhaps enrage) the average Catholic is the present infusion of this ideology into the Church. She who is the bastion and refuge for those who still believe in order has been emptied and compromised by the very ones charged to defend her walls.

Following the (at times absurd) Synod on Young People, Luis Antonio Cardinal Tagle of the Philippines, in a finger-snapping tirade, announced that the youth had taught the Synod Fathers “important lessons about humanity and about following Jesus. I hope…that we elders will have something to teach you.”

Furthermore, do we not confess that baptism and living in a state of grace are prerequisites of wisdom? If so, why are irreligious juveniles being given authority to dictate on matters of Church teaching? In the Scriptures, holy wisdom could only be acquired through prayer and age. How can the young and immature instruct their elders? This entire mindset can be traced to the early days of the infection of the Church through the heresy of Modernism. The credo of evolution – one of the most beloved doctrines of the heterodox – has always accompanied this heresy.

The most prevalent example of this correlation, of course, is to be found in the case of Fr. Pierre Teilhard de Chardin, the Jesuit evolutionist theologian of the 20th century. This belief system has perpetuated the idea that the old must pass away for the new, that we are progressing with each passing generation. Along this line of thinking, to be old is to be in some way compromised or incorrect – for if all things tend more towards truth as time advances, wisdom itself becomes an anachronistic concept and the accumulated experiences of past generations can be deemed irrelevant. When pertaining to the supernatural, this hypothesis dethrones the Holy Ghost – the divine and eternal bearer of truth – and allows an uncertain and self-contradictory spirit which varies with every passing generation to usurp Its place.

Alas, this mindset has permeated the hierarchy of the Church. As we have witnessed, prelates have attempted to eviscerate Catholic teaching for decades. They choose to deny that very teaching which comes directly from the time of Christ and His apostles in an attempt to ‘keep up’ with the ever-changing Culture of Death. Many a bishop has bellowed that the ‘Church must adapt to the times,’ and, indeed, we are seeing this come to fruition before our very eyes. The vision of many of these men appears to be a Church that does not submit to truth, but rather, adapts to whatever milieu seems the most advantageous.

Sacred Scripture anticipates this revolution against hierarchy; the Prophet Isaiah mourns the sins of Jerusalem stating, “And I will give children to be their princes, and the effeminate shall rule over them. And the people shall rush one upon another, and every man against his neighbour: the child shall make it tumult against the ancient, and the base against the honourable.” (Isaiah 3:4-5) As we can see, Jerusalem – oftentimes a symbol of the Church – is promised a hierarchy of children and the effete. Needless to say, we are living within a punished Jerusalem.

If it were the Will of God to send the Church lukewarm and lackluster twenty-somethings to teach His Church how to interpret her doctrine in this epoch, what can be said about the Deposit of Faith? Is this not a form of idolatry of the youth? This capitulation to zeitgeist completely betrays the Sacred Scripture and Tradition of Christ and His Church.

We must remember that our Lord capitulated nothing when taking on the form of man. He did not merely ‘dialogue’ or ‘engage’ humanity by abasing Himself, He dynamically and radically challenged man to become like God. In this, we must all fulfill the obligation we have to deepen our Faith and grow in holiness every day. Only through submission to Christ will we be able to stand fast against this rising tide of the heresy of juvenilism within the Church.