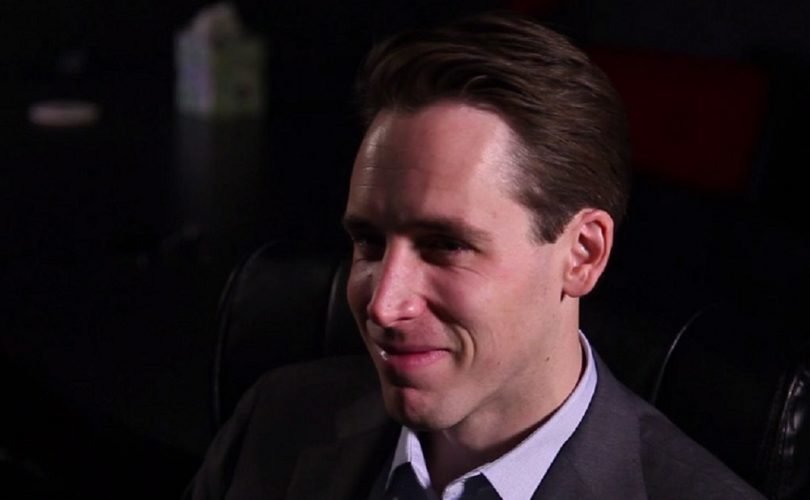 February 28, 2019 (LifeSiteNews) – Ask any Republican or pro-life activist to name their favorite part of Donald Trump’s presidency, and there’s a good chance their answer will be the number of conservative judges he’s appointed to the federal bench. But beneath these popular assumptions lies one of the Right’s biggest ignored scandals: how little effort is being put into verifying that these judges really are conservatives.

Among Trump’s lower-court nominees are at least two who were members of LGBT advocacy groups, but you won’t hear much concern about that anywhere other than LifeSiteNews. Worse, both Brett Kavanaugh and (to a lesser extent) Neil Gorsuch gave alarming answers indicating excessive deference to precedent during their confirmation hearings, but nobody seemed to care – not Ted Cruz or Ben Sasse, no major pro-life groups, just yours truly and a smattering of individual conservative writers.

Neither has fully put those concerns to rest, and Kavanaugh especially has already raised even more red flags in two separate decisions. And now it’s too late to realistically do anything about it.

So when news broke that Senate newcomer Josh Hawley, R-MO, wanted to know more before rubber-stamping Neomi Rao’s nomination to the D.C. Circuit Court of Appeals, it was music to this jaded observer’s ears. “I have heard directly from at least one individual who said Rao personally told them she was pro-choice,” Hawley told Axios. “I don't know whether that’s accurate, but this is why we are doing our due diligence.”

“I am only going to support nominees who have a strong record on life,” he explained, jurists who “have respect for what the Supreme Court itself has called the interests of the unborn child,” “will protect the ability of states and local governments to protect the interests of the unborn child to the maximum extent,” and who “will not extend the doctrines of Roe v. Wade and Casey, which I believe are deeply incompatible with the Constitution.”

Hawley was previously a Supreme Court clerk, University of Missouri constitutional law professor, successful religious liberty litigator, and Attorney General of Missouri – in other words, someone whose judgment on these matters should be taken seriously.

So here we have a senator who comes to Washington and is actually interested in doing his job, something only slightly less rare than unicorns…only to be met with a torrent of abuse from fellow “conservatives.”

Axios quotes the Judicial Crisis Network’s Carrie Severino as accusing Hawley of “acting like Claire McCaskill” and “spreading the very same kind of rumors and innuendo and character assassination that Republican leaders fought during Justice Kavanaugh’s confirmation” (Really? “I’m concerned you may have bad legal ideas” is the same as accusing someone of gang-rape without evidence?).

The Wall Street Journal editorial board accused Hawley of betraying conservatives’ belief in “put[ting] fidelity to the law above policy preferences,” and the Washington Examiner’s Quin Hillyer attacked him for “trying to abort a conservative judicial nomination” with some of the most absurd arguments imaginable:

Conservatives have argued long and correctly that professional qualifications and personal integrity, along with a basic commitment to the Constitution itself, should be the only determinants of nominees’ fitness for appointment to federal judgeships.

Single issues can’t tell us if a nominee is good enough to support, but they can certainly tell us if a judge is bad enough. Nowhere does Hawley say being pro-life is his only requirement for backing judges, and while it’s true there are legal minds who separate their personal views from their understanding of Roe, it insults readers’ intelligence to suggest there isn’t any correlation. If Rao favors Roe, that tells us she doesn’t have a “basic commitment to the Constitution itself.”

For years, conservatives have complained vociferously when Democrats opposed Republican nominees specifically because of the nominees’ presumed “position” on abortion, no matter how strong the nominees’ resumes, how keen their intellects, and how firm their stated commitments to follow precedent rather than their own policy preferences. It would be a terrible double standard to insist on a pro-life litmus test while denouncing a pro-choice one.

This is beyond obtuse. The problem with Democrats’ pro-abortion litmus test is that pro-abortion jurisprudence is constitutionally wrong, not that it’s inherently wrong to ever have preferences. This idea that various aspects of government should be governed by arbitrary rules of “fairness” and false equivalencies, instead of the merits of a political or legal argument, is childish, morally shallow, and one of the most destructive aspects of modern politics.

Without the votes of Collins or Sen. Lisa Murkowski, R-Ala., or the occasional moderate Democrat, star jurists such as Supreme Court Justices Sam Alito or Brett Kavanaugh or appeals court judge Amy Barrett might never be confirmed. If conservatives, too, start insisting on “personal pro-life” litmus tests, Collins and company may no longer be on board when nominees need them.

In other words, Hillyer would have us continue giving lifetime tenure and massive influence to judges on the sole basis of crossed fingers and guesswork. Never mind how many times doing the same thing has burned us. Never mind that the GOP’s 53-seat Senate majority means we don’t “need” Collins or Murkowski’s votes anymore. Never mind that if a nominee turns out to not be an originalist, he or she wasn’t worth confirming anyway.

On a more serious note, the WSJ’s editors quote from a 1998 piece in which Rao discussed flaws in the Roe court’s reasoning and acknowledged “there were many persuasive legal arguments against recognizing a constitutional right to abortion.” That’s encouraging, and we should hope that Hawley’s Wednesday meeting with Rao yielded reassurance that she can be trusted.

But there won’t be any do-over if it turns out she can’t. Deciding who to trust with the preservation of our Constitution is one of a senator’s most serious responsibilities, and the mistakes that are hardest to reverse demand the greatest care in avoiding them. That the Right can’t even agree on simply taking the time to make sure reveals a sickness that should alarm everyone who cares about the right to life or the rule of law.