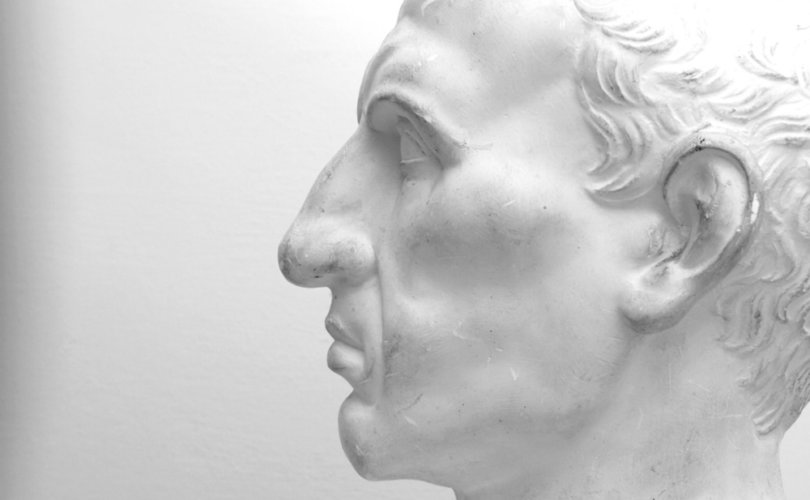 April 9, 2020 (LifeSiteNews) — In times of disaster in America, public authority has always called upon God to come to the nation’s aid. The call is to a vague God. Our religious consensus recognizes only “Nature’s God” without going into specifics.

Unlike secular Europe, America has always favored religion as a means to ensure God’s material and spiritual blessings upon the land. Thus, religion is considered an essential part of American life. Our long Christian tradition allows this slight tribute of Caesar to God as long as there is no State Church that is formally established. Even the most liberal president must ask that God bless America.

Excluding God from This Crisis

The coronavirus crisis is the first major disaster in America in which God has been largely excluded from the narrative. This is very troubling. God is no longer considered essential. Public figures still mention God in speeches. However, secular officials, scientists, and media who have taken control of the crisis are acting as if He did not exist.

No one disputes Caesar’s right to issue restrictions to safeguard the common good. The most perplexing part of this drama is that many faithful are mistakenly convinced that the Church must move to the sidelines because Caesar has commanded it.

A stranger twist to the story is that in many parts of the country, Caesar has not commanded it. Nevertheless, the bishops there are all vying to see who can be more Caesar than Caesar, by restricting themselves from active participation in solving the crisis.

Indeed, many of the present state directives and emergency measures reflect the traditional American consensus that deems religion essential. According to this logic, those engaged in religious worship are at least on equal footing with those entering Walmart to buy groceries.

As long as worshipers observe the same health guidelines and distancing as supermarket shoppers, they are free to pray for the nation and ask for God’s blessing. Indeed, they are encouraged to do so. The spiritual welfare of citizens has always been considered just as important as their material well-being.

Thus, seventeen states have issued emergency coronavirus directives, including lockdown orders, that allow the Church to hold limited services. Seven others have more restrictive directives that would allow at least the administration of the sacraments if done creatively.

In the first group of 17 states, Caesar’s provisions are generous. They allow for worship services with reasonable restrictions. Surprisingly, many rules come from liberal states and Democratic governors.

Take, for example, the state of Connecticut. Section 1 of the governor's order establishes restrictions on non-essential activities, “except that religious, spiritual or worship gatherings shall not be subject to such increased restrictions, and shall instead remain subject to the prohibition on gatherings of 50 or more people, provided that they employ reasonable and appropriate distancing measures.”

New Jersey governor Phil Murphy's Executive Order 107 at Section 2 allows “leaving the home for an educational, religious, or political reason.” He stipulates that “individuals must practice social distancing” and limits gatherings to fewer than 50.

The state of Kansas is also generous, listing church services as an “essential activity.” The faithful are allowed to “perform or attend religious or faith-based services or activities.” The governor’s order supersedes any local stay-at-home order.

Similar allowances now exist in Arizona, Florida, Iowa, Louisiana, New Mexico, North Dakota, Ohio, Oregon, Pennsylvania, South Dakota, Tennessee, Texas, West Virginia, and Wyoming. Other states have more rigid religious allowances, allowing fewer than ten persons present. Thus, these could not be classified as public services, even if some states, for purposes of these directives, count all the members of one household as just a single person.

In the face of such generous provisions, it is hard to understand the sacramental blackout now reigning ominously over the country.

It is generally the bureaucratic state that issues brutal one-size-fits-all guidelines to which citizens struggle to adapt. However, in this case, the different states have presented an organic patchwork of emergency provisions that allow much religious practice. And yet, the Catholic Church has responded with a one-size-fits-all policy of suppressing all public worship services and Masses in America. Some dioceses have even gone farther by placing severe limitations on the sacraments of baptism, confession, Holy Communion, and extreme unction. Even adoration chapels that involve little human contact are closed in many dioceses.

Many Catholics are dismayed by the inflexible, uniform Church policy. They have been accused of wanting to break the law and endanger public health. Media have done much to portray such Americans as intransigent malcontents.

However, these Catholics are only asking for the strict application of the law. They are willing to do everything possible to facilitate distancing and safety guidelines issued by state officials. Such members do not endanger public health, but are its enthusiastic supporters.

They cannot understand why Catholic bishops go beyond the law to be more Caesar than Caesar. The draconian sacramental lockdown is not required in many states. These state authorities resemble not Caesar, but Constantine. They facilitate sacramental sustenance in this time of trial and crisis. It makes no sense to deny the sacraments when they are most needed. Imaginative pastors who have found ways to minister to their flocks often fear their bishops much more than their governors.

A Loss of Faith

The real issue is a denial of the Church’s role as essential. Our secular culture has replaced God with the government as the sole power. It has raised the enjoyment of life (hence, procured abortion) to the level of a sacrament. On the other hand, religion can be live-streamed on the sidelines.

The worst deniers are those inside the Church. Religion has become so watered down and secularized that many faithful no longer see the Church as essential. Many Church officials have lost the notion of the salvation of souls as the core element of their mission. They do not see that the best way to help the material welfare of the nation in times of crisis is to take care of the spiritual well-being of the faithful, especially through the sacraments. The tragic situation reflects a loss of faith in the power of God and His Blessed Mother to act and aid the faithful who act prudently and zealously to honor Him.

When Caesar has offered to give to God that which is God’s, this is not the time to out-Caesar Caesar.

John Horvat II is a scholar, researcher, educator, and international speaker and the author of the book Return to Order, as well as the author of hundreds of published articles. He lives in Spring Grove, Pennsylvania, where he is the vice president of the American Society for the Defense of Tradition, Family and Property.