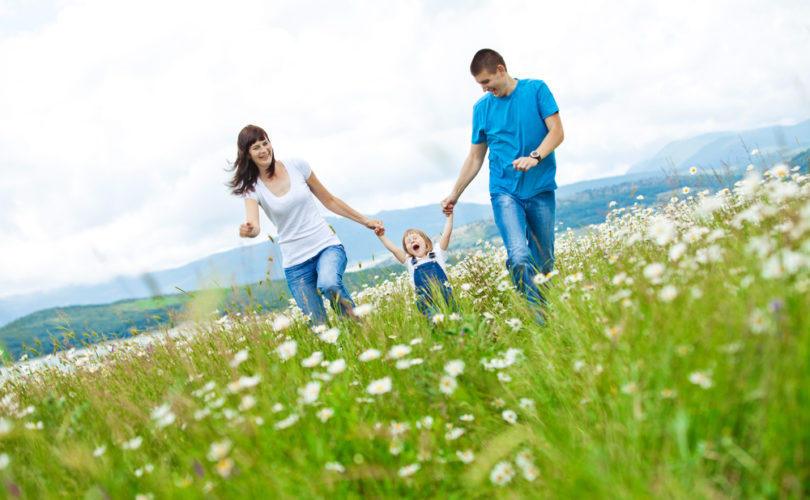 March 9, 2015 (LifeSiteNews.com) — Every parent wants what’s best for their kids. While quite a few are willing to have the experts tell them what’s best, Catholic parents are absolutely shocked to discover what the experts say when it comes to the Ontario government's new sex-ed program, unveiled last month. They are disgusted when they read actual portions from the curriculum that state what their kids are supposed to learn. They are outraged to discover that the curriculum is being rammed right through their parental right to unequivocally direct their kids’ education, especially on such important topics like sex. Most importantly, parents are deeply troubled about what effects the curriculum will have on the spiritual welfare of their children.

The motive force behind the up-dated sex-ed is an open lesbian with a long history of homosexual activism who makes it clear that her sexual orientation is part of her “approach” to making policy. Kathleen Wynne was appointed as Ontario’s Minister of Education in 2006 and was tasked with overhauling the sex-ed curriculum at that time. She worked in tandem with her top aide, Deputy Minister of Education Ben Levin, who was convicted last week of child pornography-related charges.

Wynne unveiled to the public her sexually-explicit masterpiece in 2010. Parents were so outraged by its content that then-Premier Dalton McGuinty was forced to shelve the entire project.

But Wynne — who had her husband of 13 years live in the basement when her lesbian partner, Jane Rounthwaite, began living with her in 1990 — never forgot her pet project and the resentment she must have experienced when Ontario parents rejected it. She knew she must bide her time and wait for the right moment to strike again.

Immediately after coming into power in January 2013 Wynne began making overtures about bringing back the sex-ed. Within months of winning a majority government in 2014 she announced the curriculum would be foisted on schools the following school year. The updated curriculum is practically word-for-word identical to its 2010 predecessor, except for a few additions such as teaching kids how to ‘consent’ to sex.

Understanding the driving force of homosexual activism is essential to understanding why they demand our kids learn about things like “gender identity,” “sexual orientation,” and “homophobia” in sex-ed.

Homosexual activists want society to affirm their inclinations and sexual behaviors as normal and acceptable. Some have suggested that this is because homosexuals realize on a deep level that their behaviors deviate from normal and healthy human relationships, and this unsettles them. To feel better about themselves they must have others validate their inclinations and behaviors as normal and acceptable. They have convinced themselves, the government, the corporate world, and almost every public institution that they can only feel better about themselves once every dissenting voice has been permanently silenced. But even this is not enough: They must also proselytize. These activists know the easiest way to change society is to get their hands on the young unformed generation.

The easiest way to do this is to infiltrate the schools.

That’s why the last decade has seen a surge in school board policies, campaigns such as Day of Pink, and teaching materials that indoctrinate children to accept ‘differences,’ to be ‘tolerant,’ to respect ‘diversity.’ In the name of ‘safety and inclusivity’ the activists have unleashed a Trojan horse into our schools that would destroy the spiritual and sexual integrity of our kids.

They propose a vision of man that denies the distinction and complementarity between male and female. It eradicates the essential role that only a mother and a father can fulfill together regarding their child’s development and maturation. At its heart, it is an attack on man created as “male and female” in the image and likeness of God.

According to this vision, there is no right or wrong way to live and act as humans. It is a vision that is not only at odds with the sciences that study man, such as psychology, biology, and medicine, but it is also at odds with common sense, the wisdom of the ages, and with God’s own revelation to man. Human nature is not malleable and open to manipulation. Kids formed according to this false vision of man become hurt when they act in ways contrary to human nature. In turn, they can hurt others.

There are four sins that cry to God for vengeance, one of them being same-sex behavior. In the Old Testament, God hears the “outcry against Sodom and Gomorrah” for their “sin is very grave” (Genesis 18:20-21). These places were destroyed by fire and brimstone because the men had, as Saint Paul says, given up “natural relations with women and were consumed with passion for one another, men committing shameless acts with men” (Romans 1:26).

Catholic sexual morality based on the Bible holds that homosexual acts are spiritually deadly to the person who engages in them. They cut off the life of God’s grace in the soul (mortal sin) because they fall entirely outside of God’s beautiful and life-giving plan for sexuality. All gravely sinful activity, including homosexual acts, spiritually devastates a person, stripping away from them what makes a person pleasing to God.

“Basing itself on Sacred Scripture, which presents homosexual acts as acts of grave depravity, tradition has always declared that ‘homosexual acts are intrinsically disordered.’ They are contrary to the natural law. They close the sexual act to the gift of life. They do not proceed from a genuine affective and sexual complementarity. Under no circumstances can they be approved,” states the Catechism of the Catholic Church.

The spiritual havoc caused by engaging in homosexual acts is only one side of the story. Science has catalogued the myriad of ways in which these same acts damage man’s corporal side, including everything from sexually transmitted diseases and bacterial and viral infections to depression and even cancer. When any human organ is misused or mistreated, health inevitably suffers.

“I don’t want my children learning that those kind of behaviors are now somehow OK,” one father told me. “Why do they want to teach this to our kids?”

Psychologists have noted that children have what they call a “latency period” lasting until about age 13 in which sexual feelings and desires are in a state of dormancy. Some hypothesize that nature has made it so to free a child’s energies to acquire knowledge of the world and one’s self.

“I just want my children to be ‘in the garden’ for as long as possible,” one mother told me. “I don’t want them to be damaged by information that is too sensitive for their years.”

Some psychologists have said that exposing a child to such matters not only damages the development of the person, but the very sexual ideas themselves assault the child in a way that produces similar effects as if they had been assaulted by an actual molester. The explicit sex-ed that speaks of fertilization occurring when the “penis is in the vagina” (grade 5, 10 years old) not only destroys the innocence children enjoy in the “latency period,” but the added homosexual ingredient — such as telling them that “anal fluid” is one of the “bodily fluids” associated with sexual behaviors — perverts them with a distorted vision of the human person and of sexuality.

Some parents are concerned that the curriculum’s emphasis on explicit sexual details, and this topped with teaching children how to give consent, in effect grooms children for sexual encounters with adults who have sick minds.

These concerns are not far-fetched in light of Wynne’s former boss, Ben Levin — Ontario’s former deputy minister of education — being convicted last week of three child pornography-related charges. The Liberal government has attempted to deny Levin’s influence on the sex-ed, but historical documents say something else.

“Today, the ministry released its new equity and inclusive education strategy paper. … This provincewide strategy has been a priority for our Minister of Education Kathleen Wynne and me,” Levin penned in a April 6, 2009 memo.

“For here sexual pleasure is sought outside of ‘the sexual relationship which is demanded by the moral order and in which the total meaning of mutual self-giving and human procreation in the context of true love is achieved,” states the Catechism.

It is a deadly sin that cuts off the life of God’s grace in the soul.

This father was horrified that the sex-ed would positively portray something that he wishes had never been a part of his life.

Jesus used the strictest words when teaching about how precious is the innocence of children. For him who would destroy this innocence “it would be better for him if a millstone were hung around his neck and he were cast into the sea, than that he should cause one of these little ones to sin” (Luke 17:2).

Families concerned with the welfare of their children now have the grounds to seriously consider pulling them out of the school system, be it public or Catholic, and schooling them at home. Many Catholic parents are especially dismayed by the overall capitulation of Catholic leadership to the demands of the curriculum. Many feel betrayed by the very ones who are supposed to draw a hard line in the sand and make a stand against the insanity.

“They’ve basically fed our children to the wolves,” another Catholic father told me.

We as parents are called to educate our children for heaven. We must inspire them to live the virtues of modesty, purity, and chastity. We must be the ones who teach them about love, marriage, and responsibility, words that do not appear once in the entire sex-ed curriculum. We must warn them against sin and be not afraid to call sin for what it is. We must act courageously and without delay, letting nothing stand in the way of our God-given duty and responsibility.

Pete Baklinski has a BA from Thomas Aquinas College in California and a masters degree in Theology with a specialization on Marriage and the Family (STM) from the International Theological Institute in Austria. He lives with his wife Erin and their 6 children in Combermere, Ontario where he works as a journalist for LifeSiteNews.