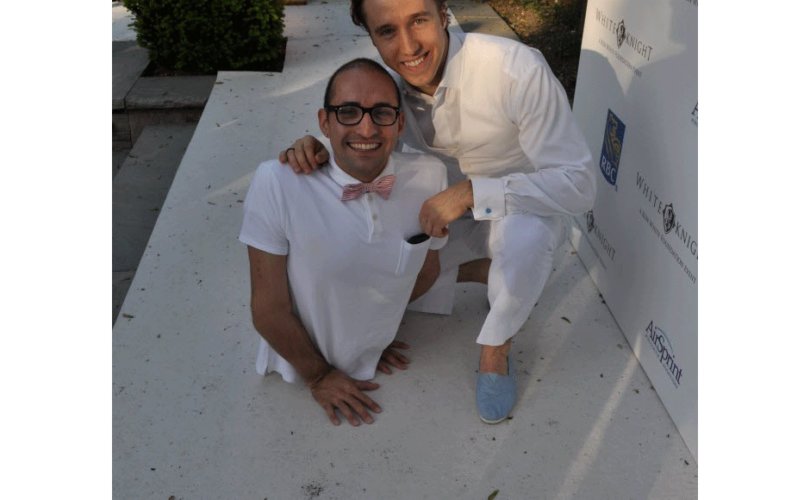 OTTAWA, April 2, 2015 (LifeSiteNews.com) – Ottawa-area parents who kissed their school kids goodbye Wednesday morning and sent them packing off to WE Day at the Canadian Tire Center probably had no idea their children were about to be exposed to a line-up of speakers, some of whom believe that it’s OK to kill an unborn child, who champion homosexuality, and who believe that the environment — not terrorism, war, or genocide — is one of the most important issues facing humanity today.

Parents also probably had no idea their kids were about to be entertained by musicians who degrade women as sex toys in their songs and who glamorize promiscuity.

But then if someone had tried to tell them the facts, they probably would have written it off as a sick April Fools Day joke. I wish it were some sick perverted joke that these speakers and musicians were being put forward as role models to kids, but unfortunately that’s not the case.

Take the deaf Academy Award-winning actress Marlee Matlin who appeared on the list of about two dozen speakers and artists. She played the role of a lesbian artist in the 2004 TV series “The L Word,” one of the first American TV shows to positively portray the life experiences of lesbians. Matlin is married to a man and has children. When asked about kissing her female co-star, she responded: “Jennifer Beals is hot. Simple as that. I had no qualms about kissing her.”

Matlin has been described in magazines as a “passionate advocate for gay rights” and told one interviewer that she was happy to lend her “name and presence” to “support the LGBT community.”

On top of this, she also believes that it’s OK for a pregnant mother to kill her unborn child, calling abortion a choice “between a woman and her doctor.”

Let’s see, who else showed up. Ah yes, there was the award-winning actress and activist Mia Farrow, famously known for being Frank Sinatra’s wife for a short time. In a 2013 Piers Morgan interview, Farrow, who says she is Catholic, criticized the Catholic Church for being “intolerant” and “so biased against marriage equality.” In the same interview, Farrow spoke about losing her “faith in Rome.”

Farrow also dabbles in promoting “reproductive rights,” speaking on the topic in a 2011 Personal PAC awards luncheon in Illinois. The pro-abortion political action committee Personal PAC exists to give “every woman in Illinois … equal access to safe and affordable reproductive healthcare, including contraception and abortion, without governmental interference or restrictions.”

Why are kids being offered role models who think it's alright to kill babies and who don’t believe that marriage should only be between a man and a woman?

Let’s switch gears and look at the entertainment provided for the kids at WE Day.

Oh look, there’s Kardinal Offishall, Canadian award-winning rap artist and music producer who also happens to be an ambassador for Free The Children, the group throwing WE Day.

Like most rap artists, Offishall glorifies loose living, promiscuity, and sexual hedonism in his lyrics. His music videos, many of them containing scantily clad women, degrade women to ‘sex objects’ who apparently exist only to provide sexual pleasure for men. One gathers from Offishall’s music that he simply views women as an occasion to exercise his “9 inches” of male anatomy. See lyric examples here, here, and here.

Here’s another one, Canadian singer and songwriter Scott Helman. He actually sang to the kids a song he wrote about having sex with his girlfriend. Kids swayed to the music as he sang: “She lays me down so low here under the stars…Baby, we’re rolling, just a boat on the ocean, up in the sky, heaven so close, taking off your clothes, taking off my clothes…” The kids cheered when the song was over.

What’s going on here? Why are the organizers entertaining the kids with singers famous for their sexually explicit material? Let’s back up a bit first.

WE Day events were begun by the Catholic Kielburger brothers as a way to activate young people to fight for social justice in developing nations. Tens of thousands of kids in Canada, the US, and the UK earn their way to the stadium-sized events by doing works of social justice through their schools. The events are supposed to inspire the kids to go out and change the world to be a better place.

It’s the speakers and singers who the Kielburgers partner with that reveals the flavor of change the brothers are promoting. Speakers consistently have a background of promoting homosexuality, or abortion, or alarmist environmentalism. While the speakers generally don’t specifically promote the pro-gay and pro-abortion agenda to the kids at the events, they and their work are nevertheless offered as examples the kids can follow.

The Kielburgers' idea of ‘change’ is especially revealed by the kind of entertainers that are consistently brought to the events. Last year they had hip-hop artist Big Sean whose profanity-laden repertoire is riddled with songs that denigrate women and portray them as “b*tches” and “whores.” They also had Jennifer Lopez whose sexually-charged performance sparked controversy on social media.

The choice of speakers and singers for this young impressionable audience cannot but bring to mind the successful strategy of the communists for taking over the social order, namely seize upon young impressionable people, indoctrinate them with the message, and keep them non-critical and non-thinking by fueling them with unrestrained sexual license.

You might be able to write this off as utter nonsense were it not for the fact that the Kielburgers’ organization hired a gay stripper to manage their leadership programs and then defended the hire when facing criticism.

To me WE Day smells rotten. The Kielburgers are certainly building a social movement for change, but change, I’m afraid, for the bad. While it all looks good on the surface, dig a little deeper and you will discover a bunch of social engineers who believe that by human power alone one can rid the world of its problems. It’s the same nice thinking that has been behind the worst regimes of human oppression in the last 100 years, including Nazi Socialism and Communism.

An uprising of young people unaware of what the real fight is about is a dangerous thing in the wrong hands.

For rapper set to perform at We Day Toronto, women are ‘b*tches’ and ‘whores’